Exploration #90. Lignite, or Brown Coal, is a coal composed of organic material of vegetable origin, in the process of fossilization in an oxygen-free environment.
Umbrian lignite was formed in the Pliocene period, between 5 and 1.5 million years ago, originating from the growth of lake plants on the remains of the pre-existing ones, when the waters of the Tevere river collected in Lake Tiberino. This basin reached its maximum size in the ancient Quaternary, about 1.7 million years ago, forming the largest expanse of water in central Italy. The lignite mines of Umbria are located in the basin left by the disappearance of this ancient lake. The deposits are formed by pebbles and sands, in the higher layers, and by clays, in the lower ones, between these two stratifications the deposits of xyloid lignite are enclosed, partly woody and partly peaty, with thicknesses ranging from 1, 5 to 7 meters.
Towards the end of the 19th century it was decided to exploit this deposit. In particular, the Terni steelworks used the lignite extracted for the production of steel in its blast furnaces. After the war and after the destruction of the mine by the retreating Germans, in 1955 the construction of a coal-fired power plant was commissioned to exploit the lignite extracted locally. The power station was commissioned to a consortium of German companies: Siemens Schuckert werke AG took care of the design of the building part and the construction of the electrical systems and the mine, Lübecker Maschinenbau Gesellschaft designed the excavating machines for the overlay land and lignite. The mine and the power plant remained in operation until 2001 when, due to the exhaustion of lignite, the mine was abandoned and the power plant converted to methane.
For the extraction gigantic machines were used that were used to remove the “sterile” part of earth that covered the lignite. The lignite was then extracted and the depression left by the excavation was covered with the earth removed previously, always using these machines.
Today, with the closure of the extraction site, the large LMG machines have been abandoned on a hill near the plant while a lake occupies the depression left by the excavation. 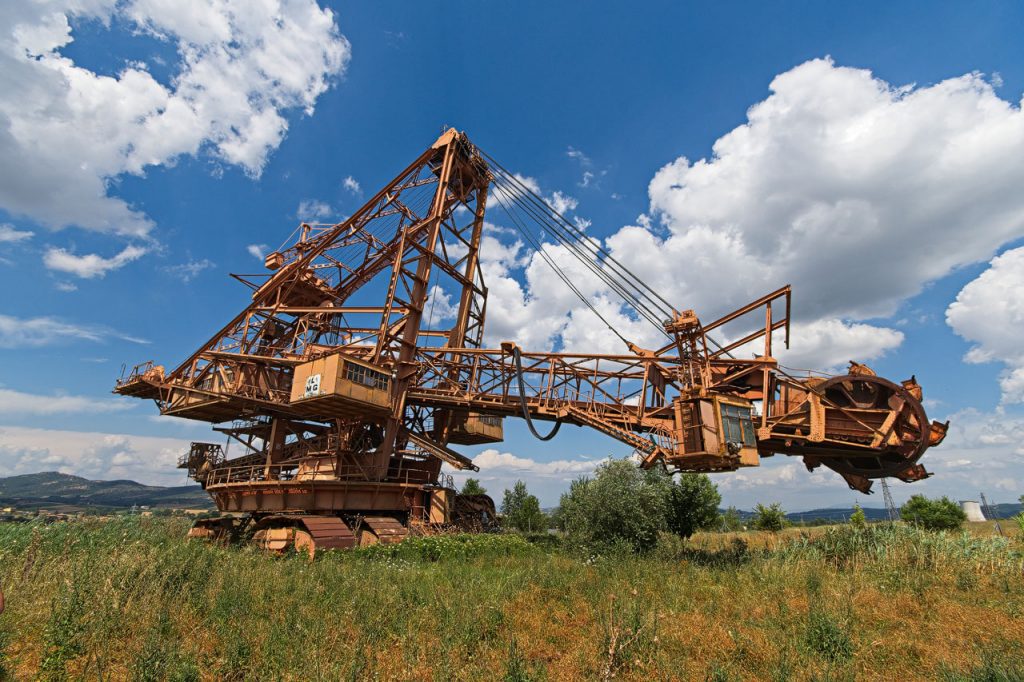 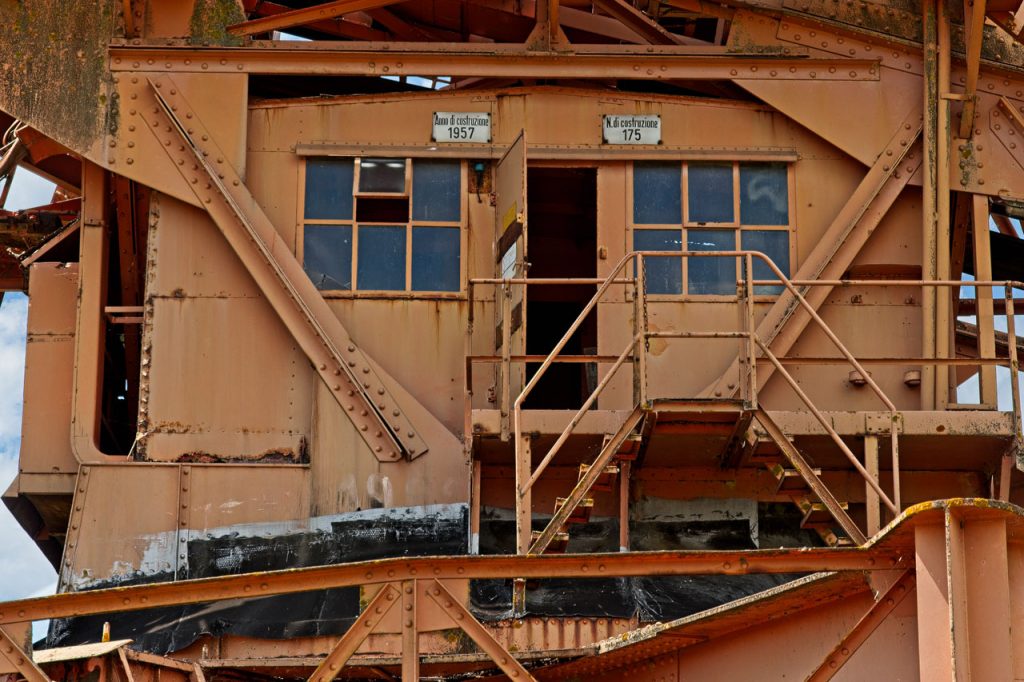 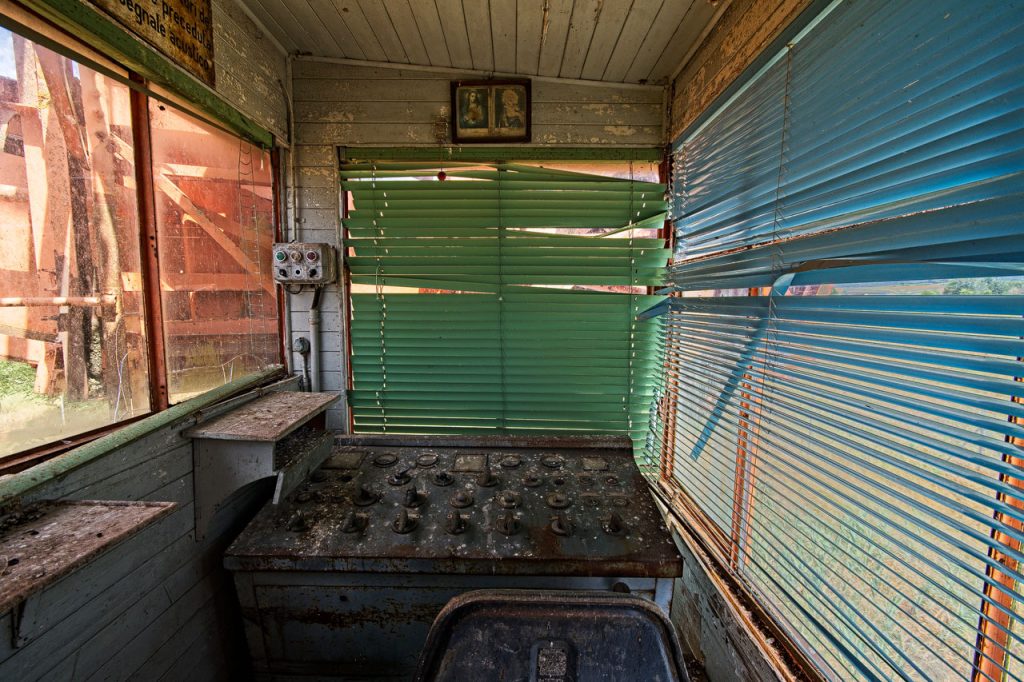 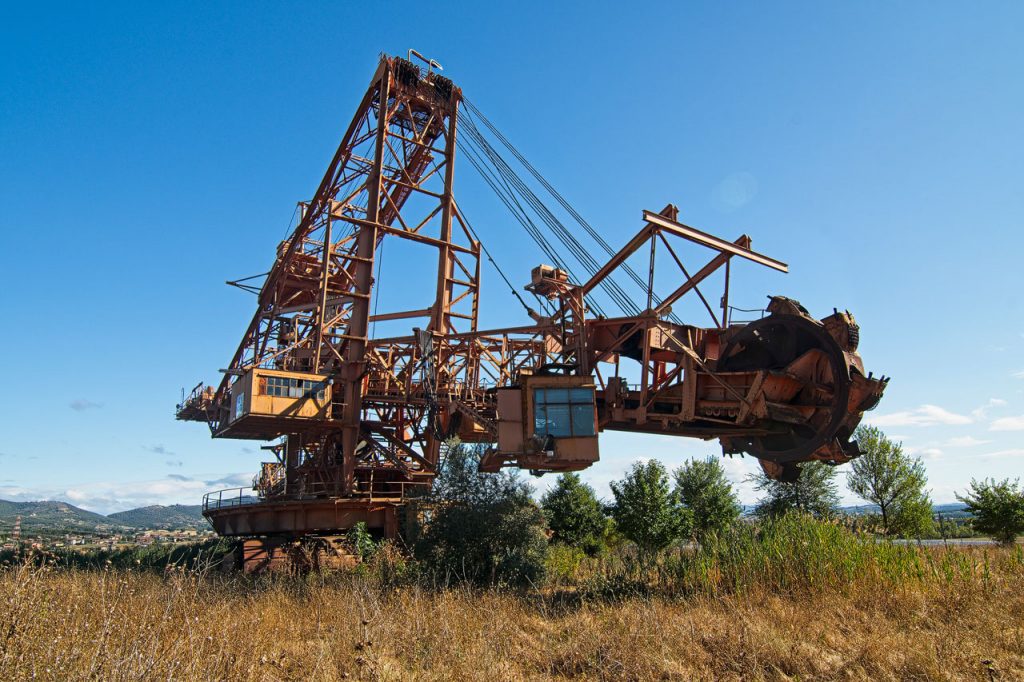 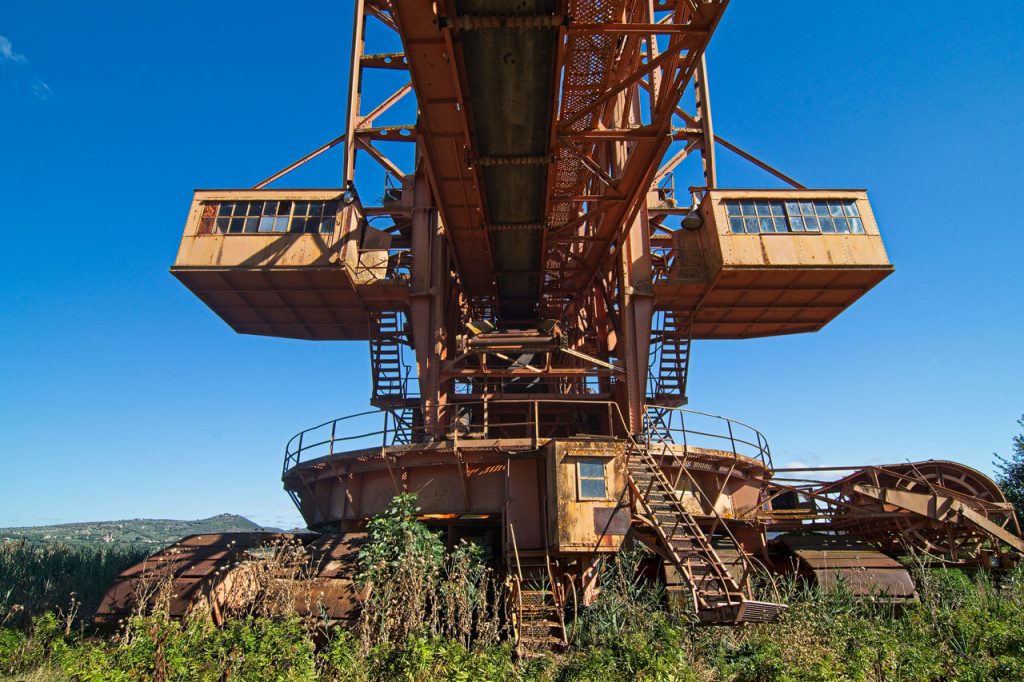 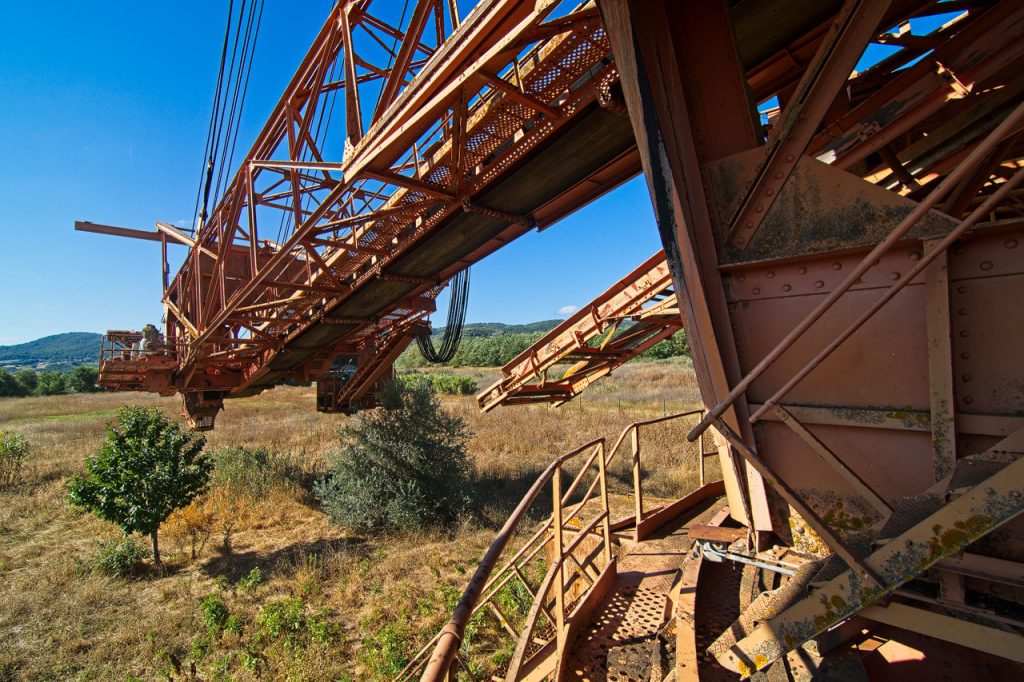 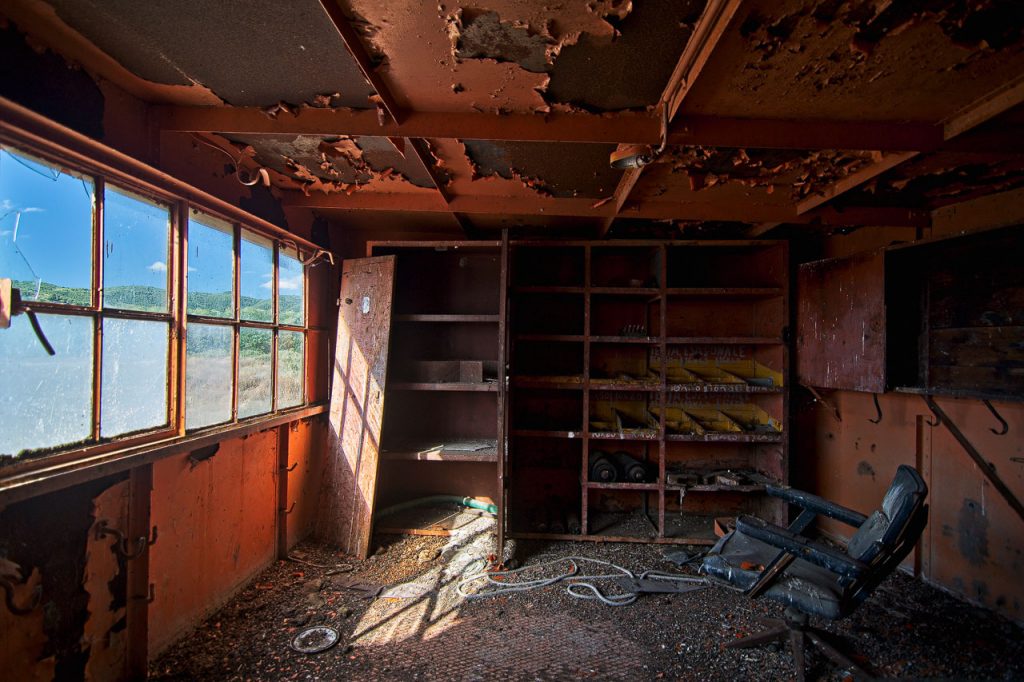 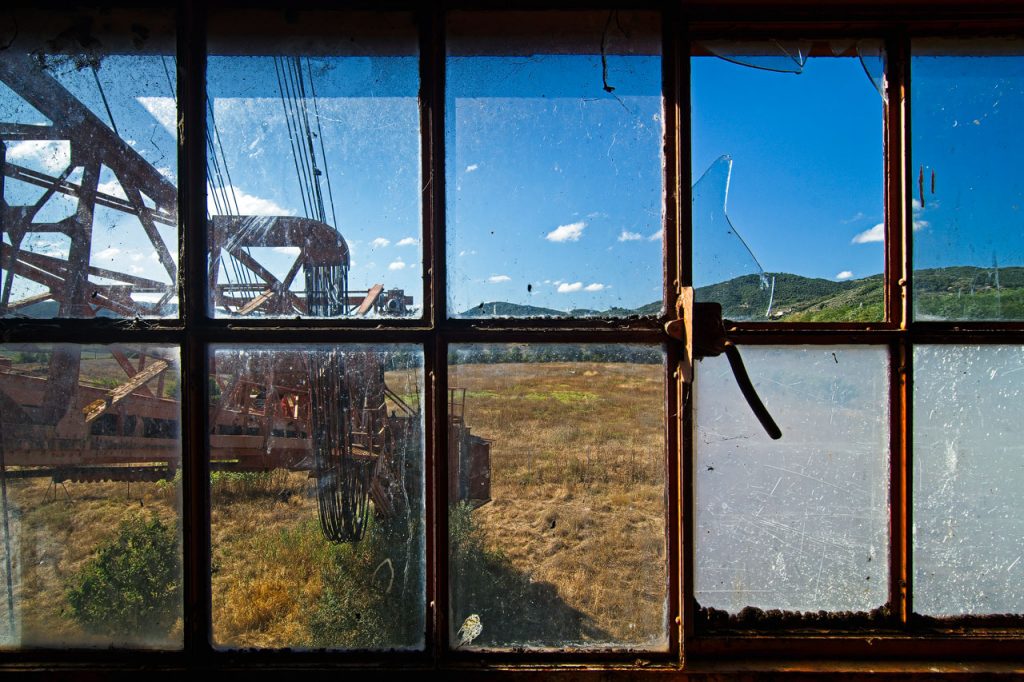 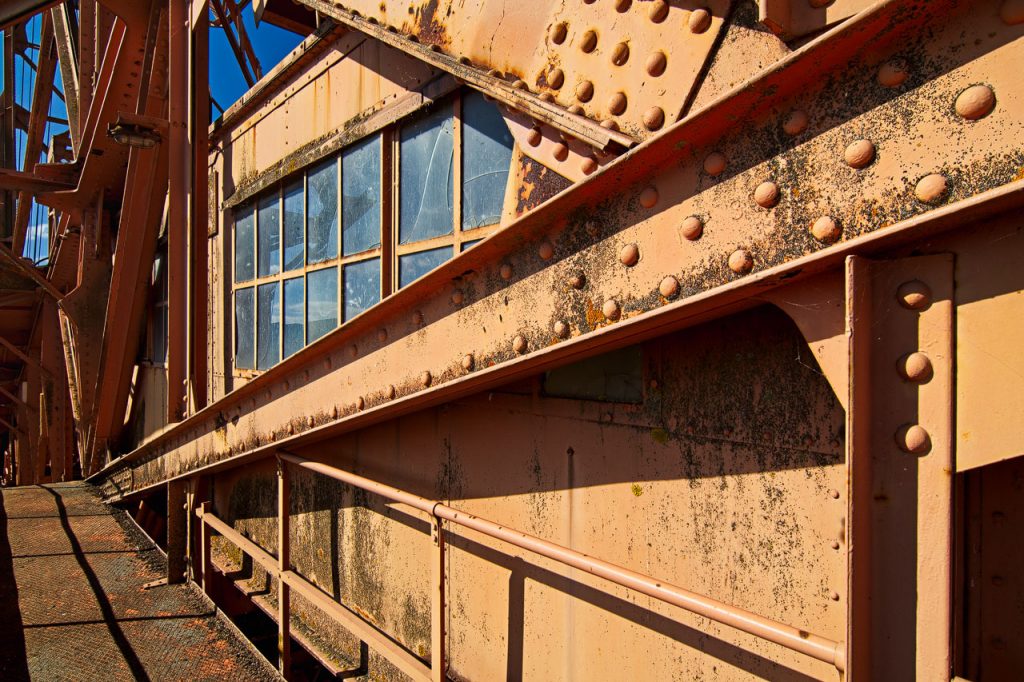 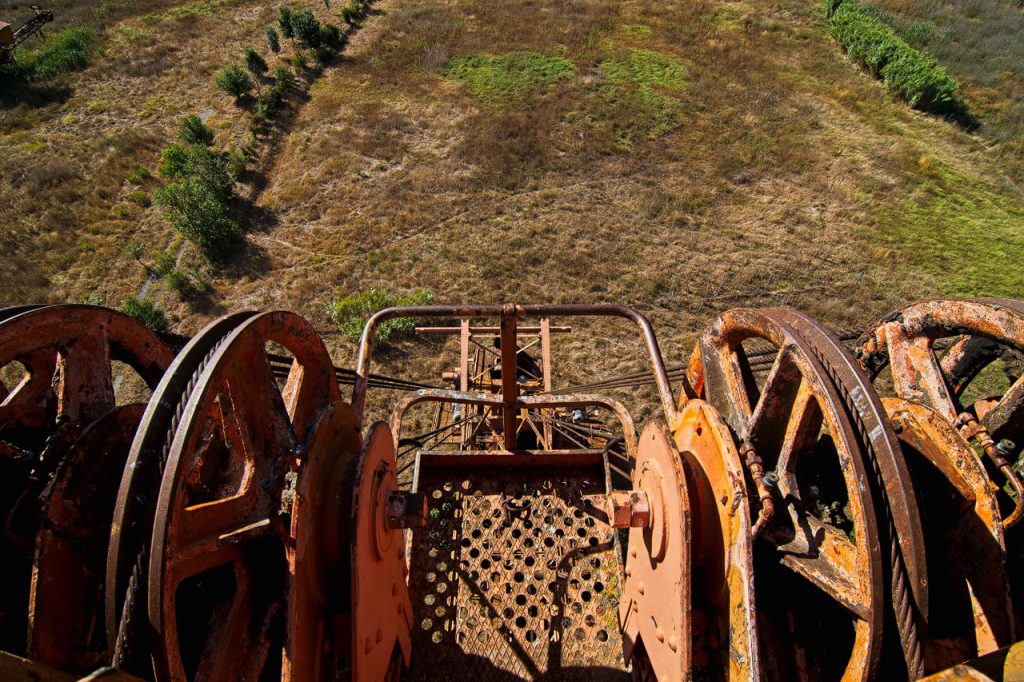 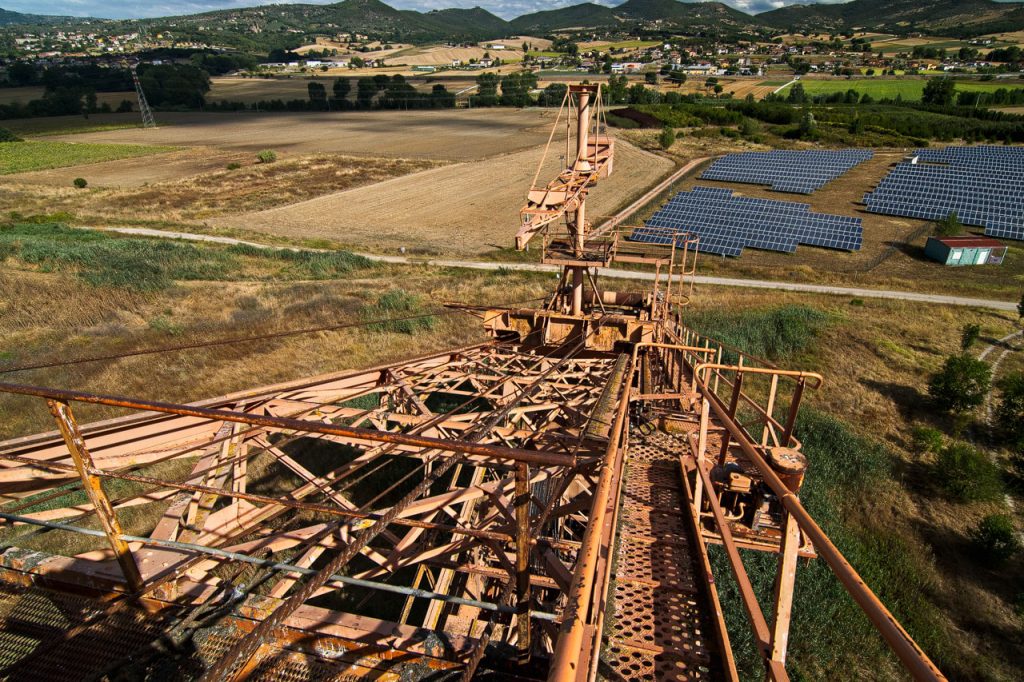 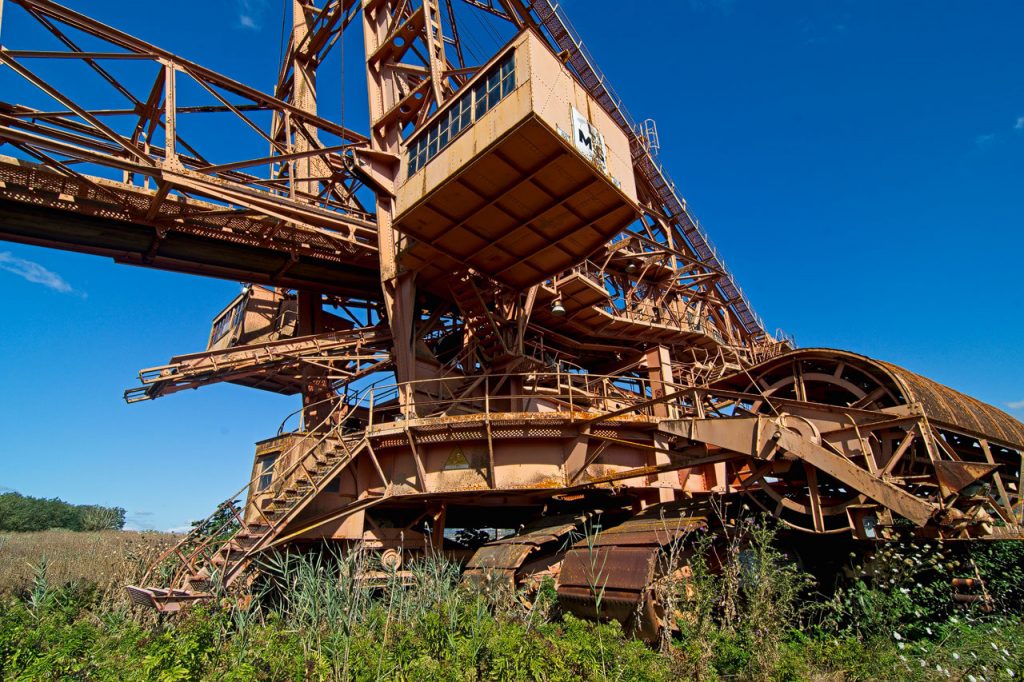 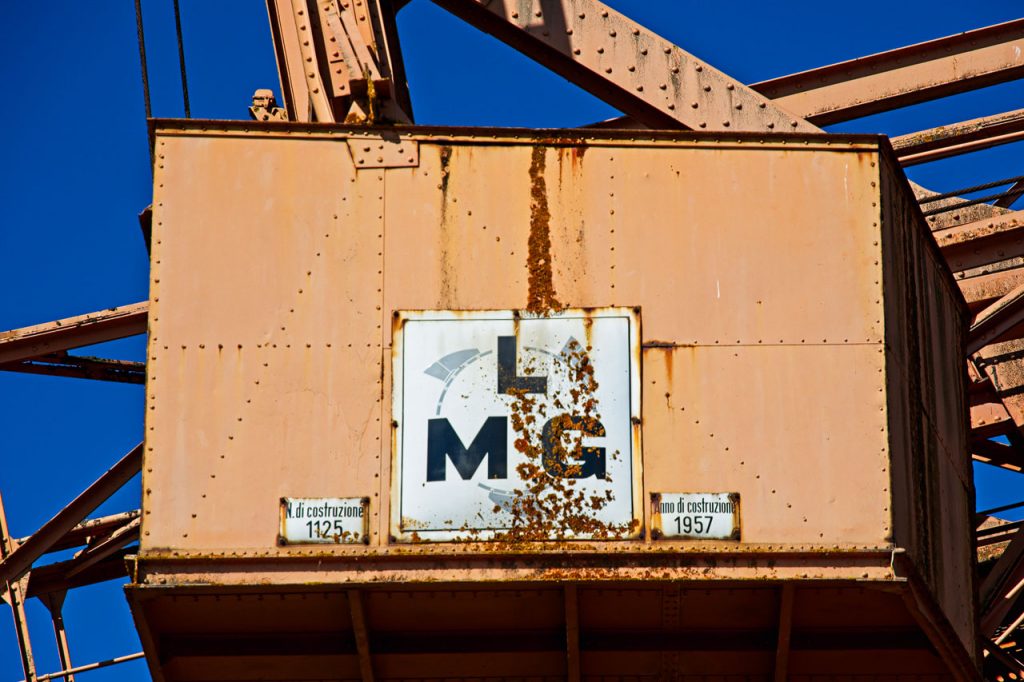 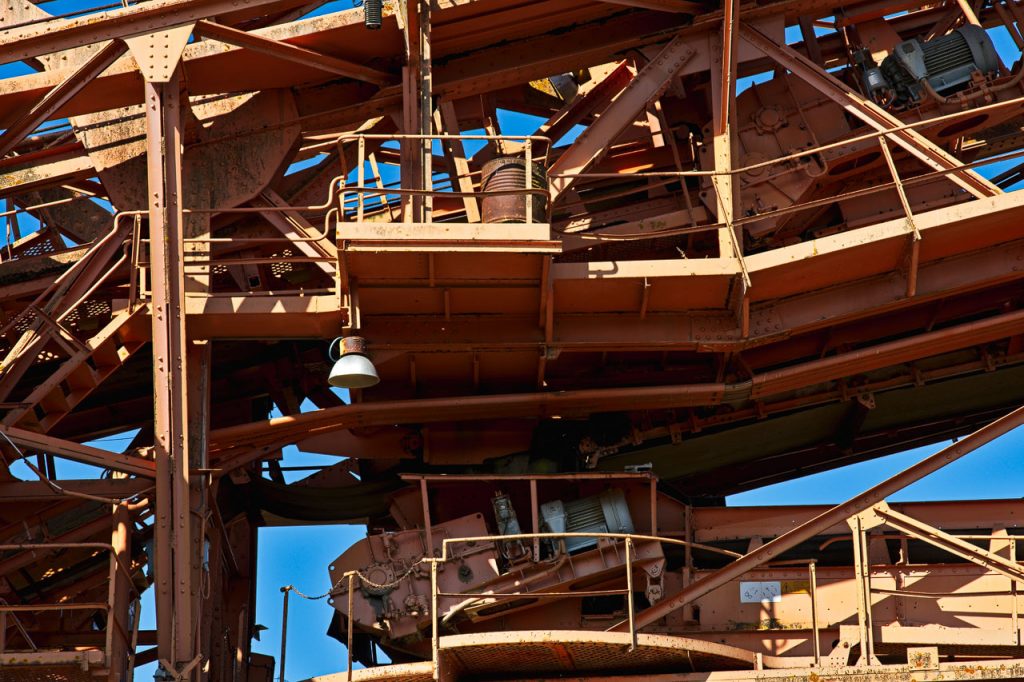 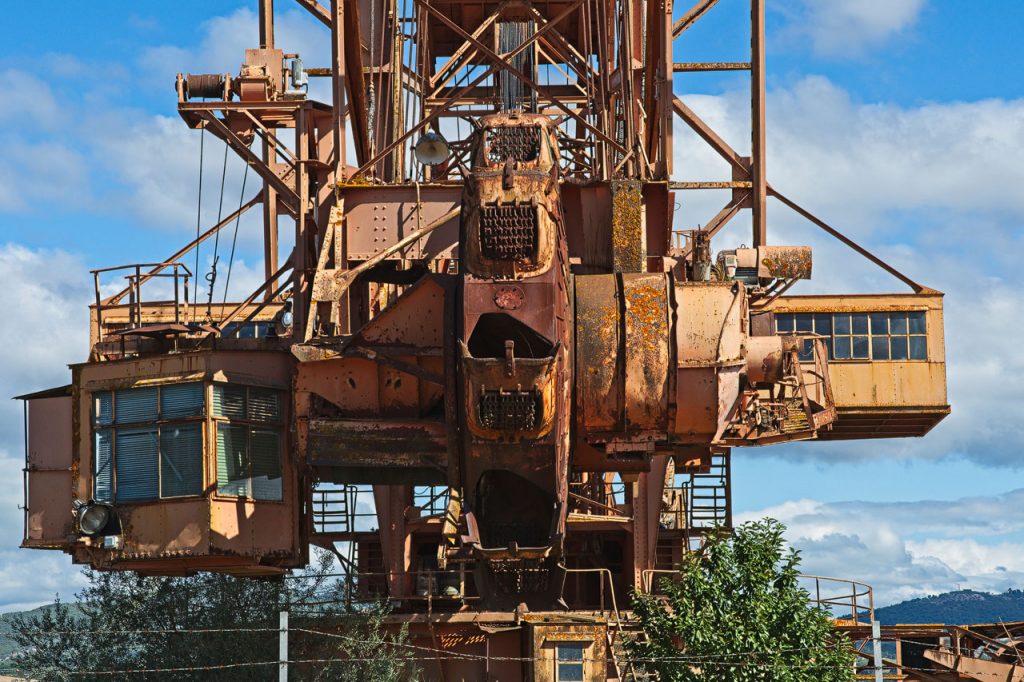 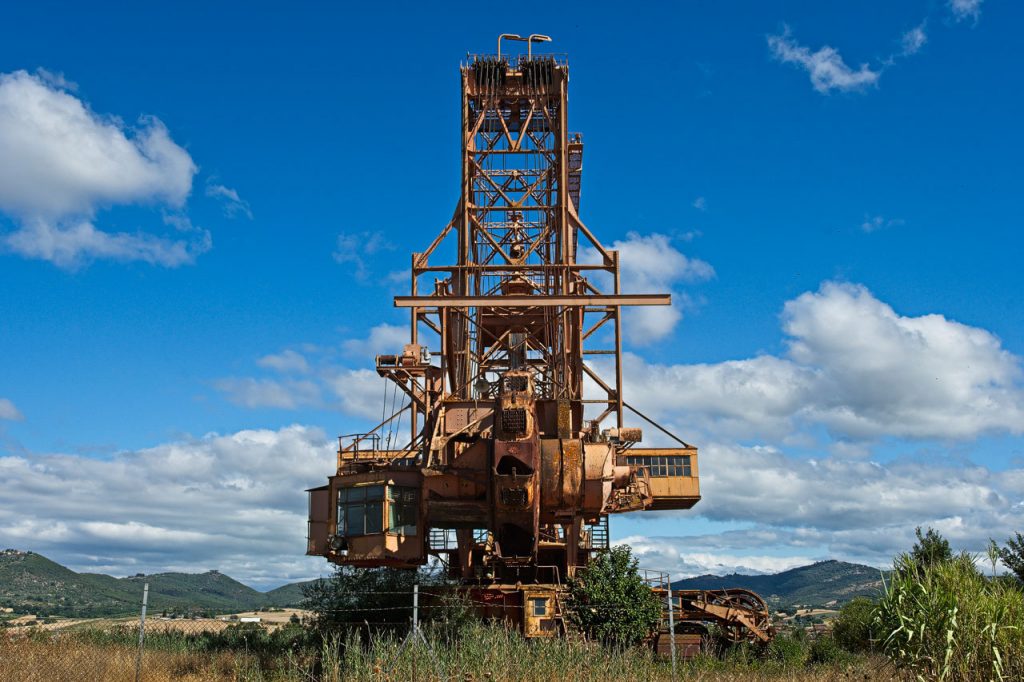 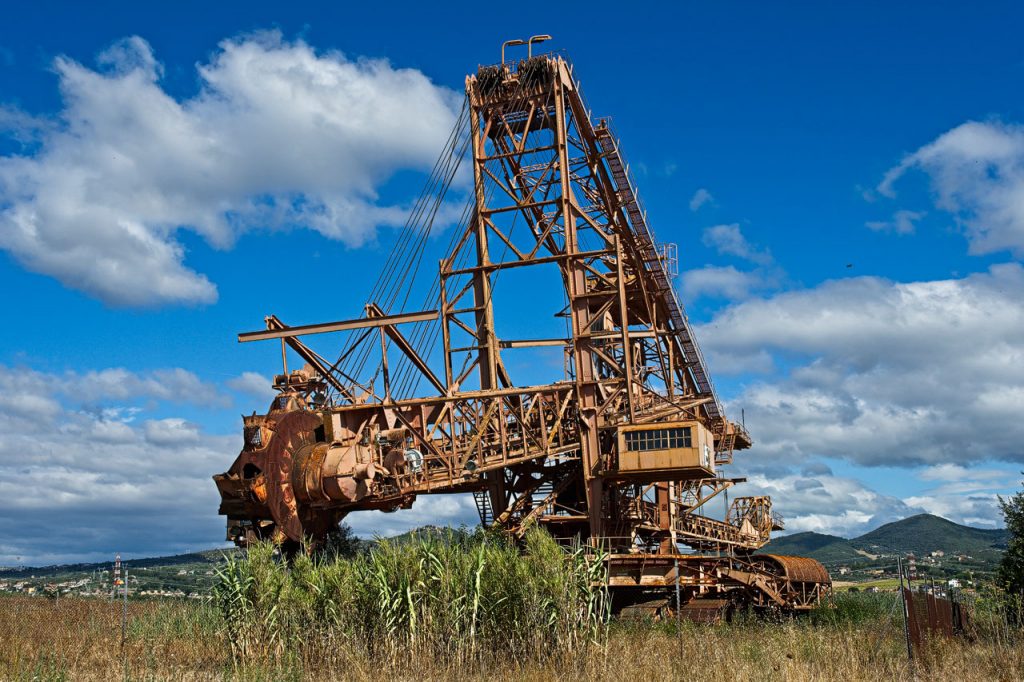 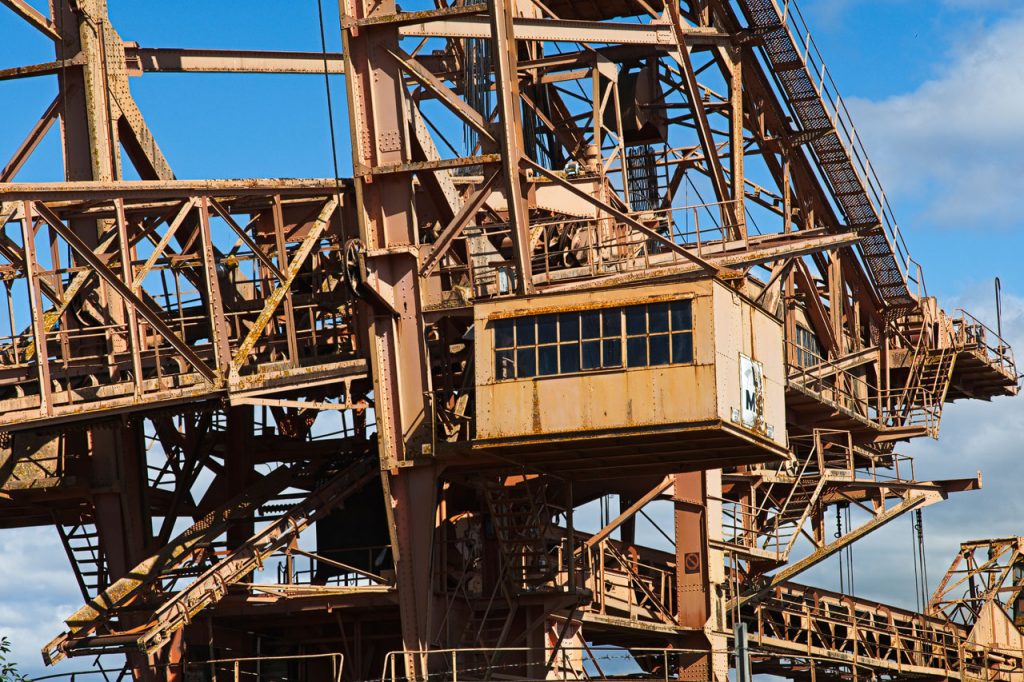 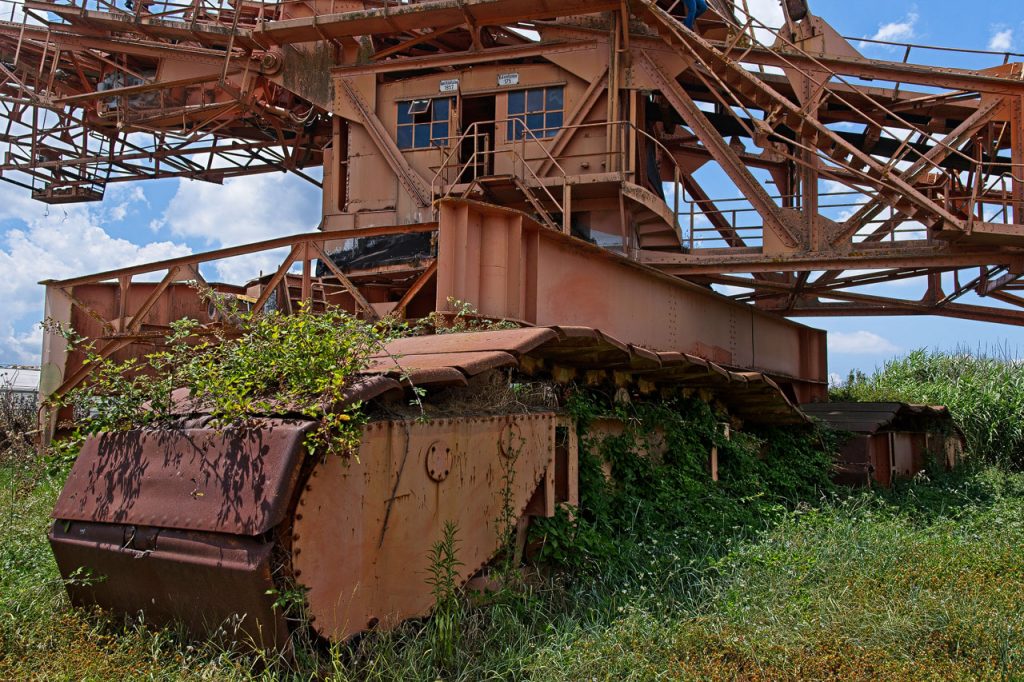 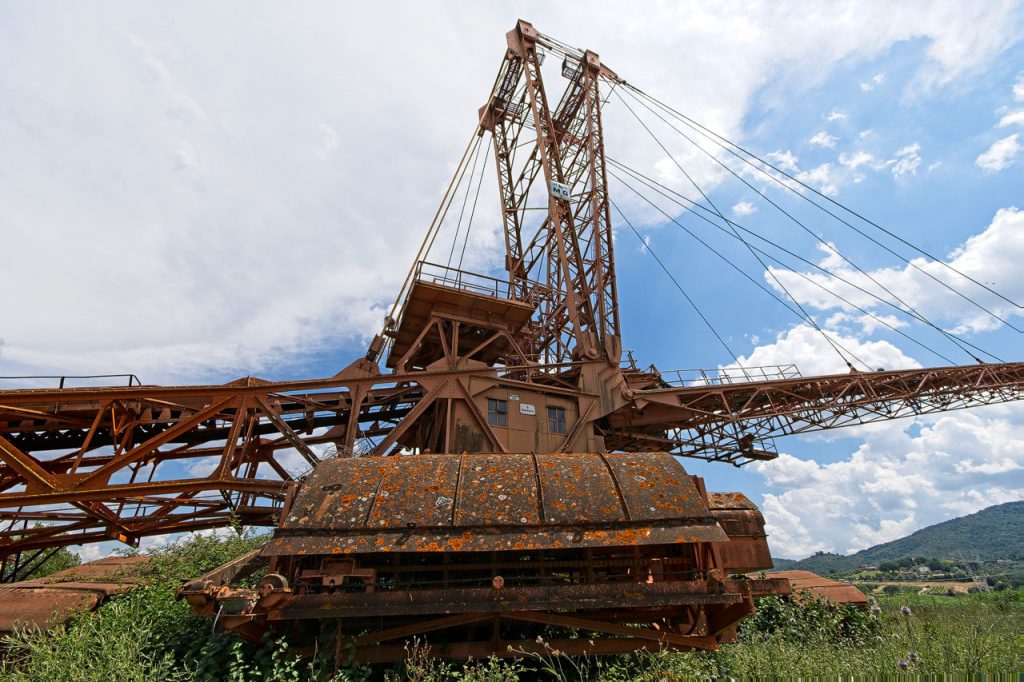 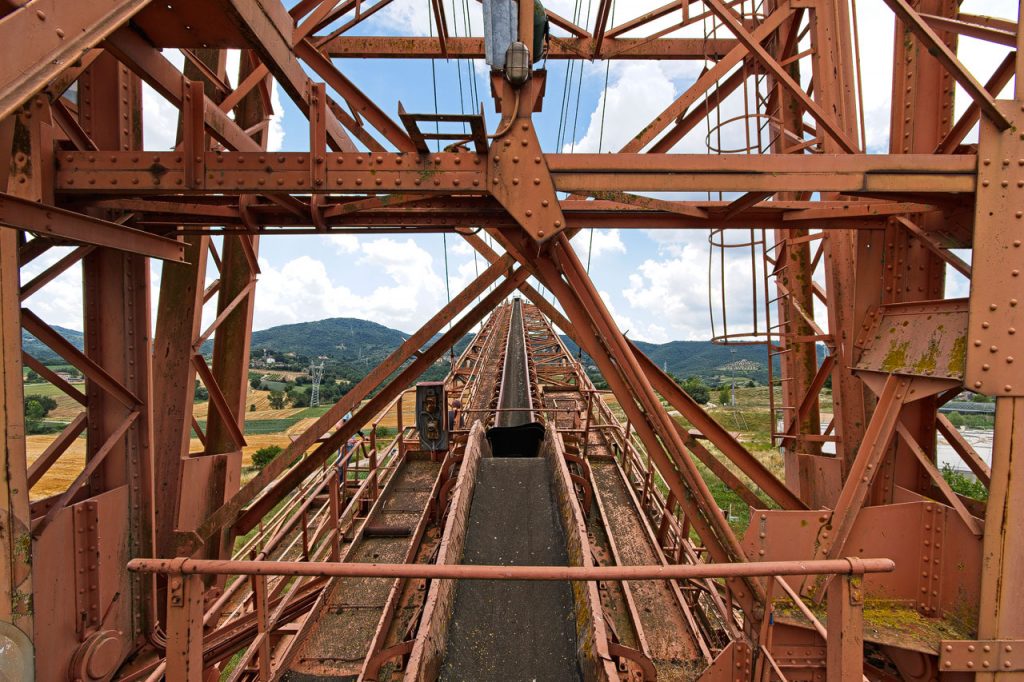 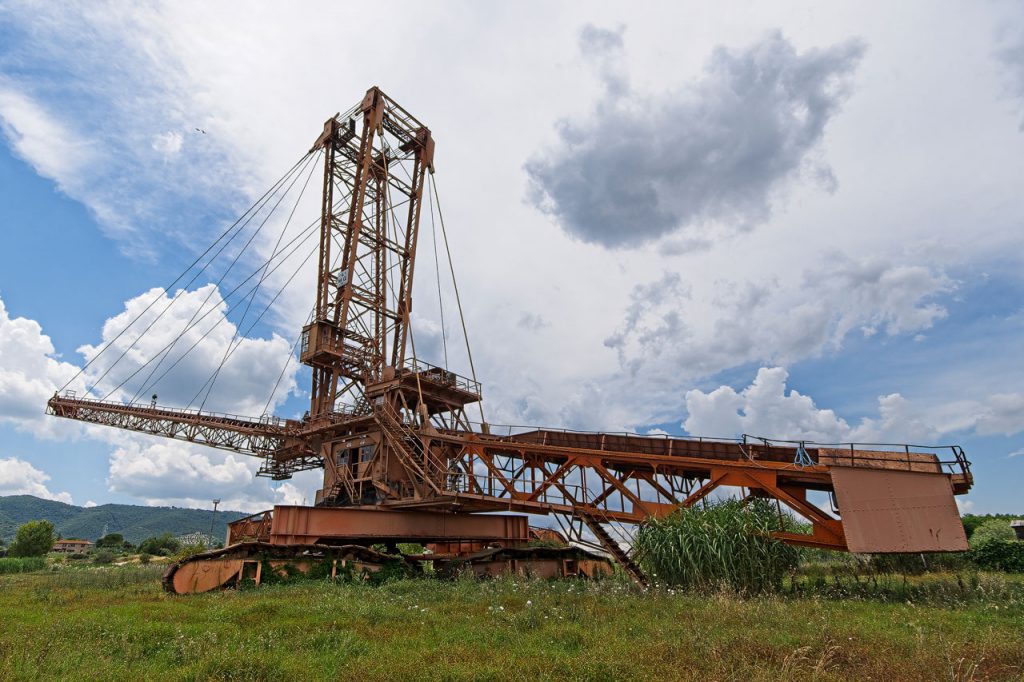 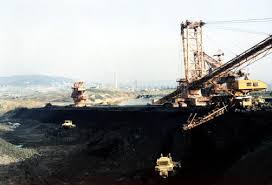