Exploration #44. This big cooling tower was part of the power plant IM, originally built in 1921 in the Monceau-sur-Sambre neighbourhood of Charleroi. After its completion it was one of the largest coal burning power plants in Belgium. By 1977 the power plant and its massive tower was the main source of energy for the Charleroi area. After years of service, a report found that Power Plant IM was responsible for around 10% of the total CO2 emissions in Belgium. Due to this, protests from Greenpeace in 2006 gave the power plant major negative attention and it closed a year later in 2007.
The hot water coming from condenser (needed to cool the exhausted steam from the turbine) was let into the cooling tower pumped out of the large hole in the centre. Then it flowed by gravity and through canals in thousands of small gaps and fallen into the lake below. The water cooled while falling, the heat created a natural up draught through the tower, further aiding cooling and carrying the dispersed heat out of the top, releasing billowing columns of hot air. Kilometres of wooden fills were placed inside to tower to increase contact surface as well as contact time between air and water and to provide better heat transfer. From the lake, the cool water was collected and pumped again in the condenser. It was said to have been able to cool almost 2 million litre of water per minute. 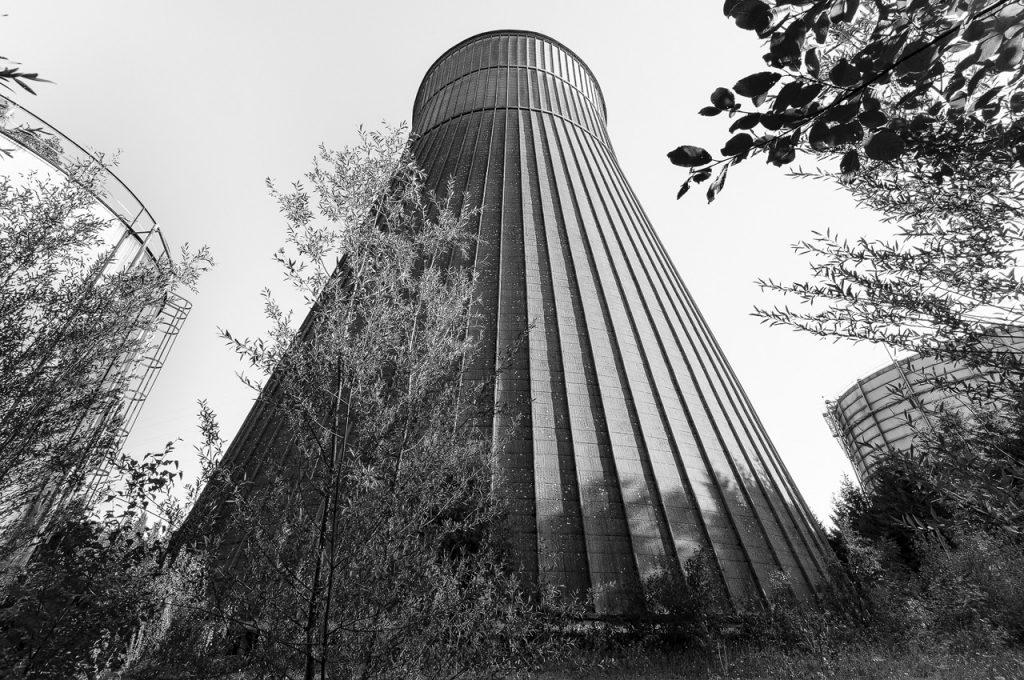 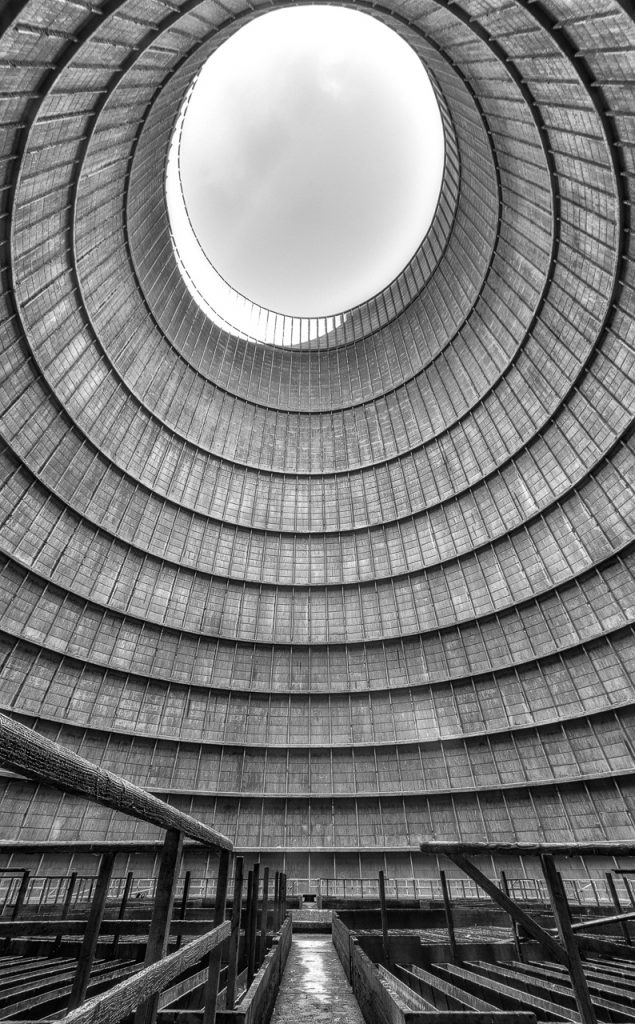 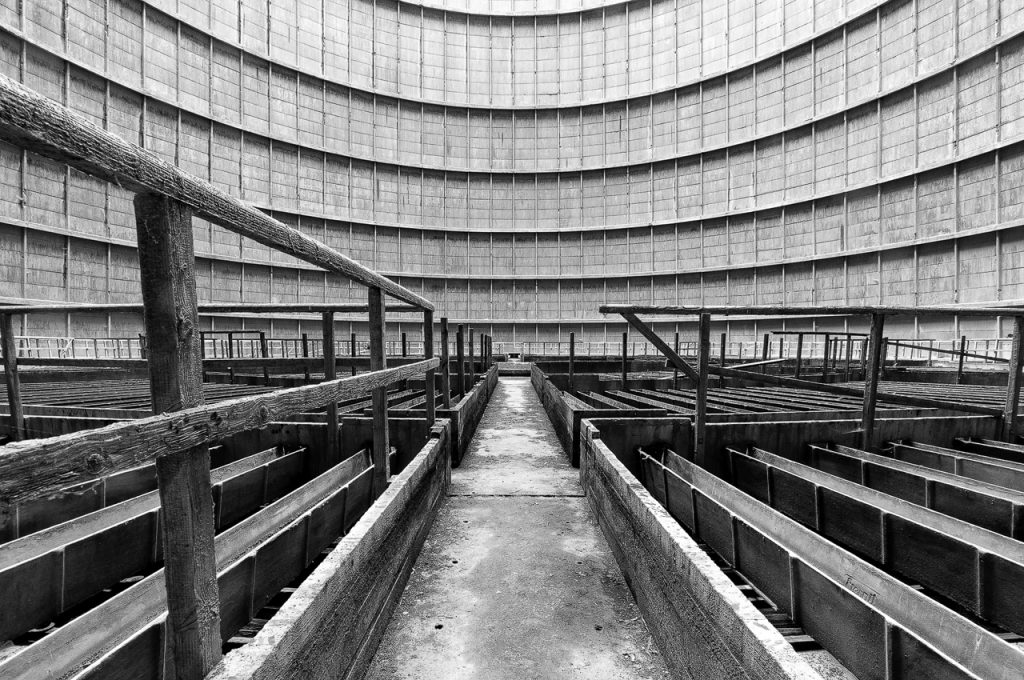 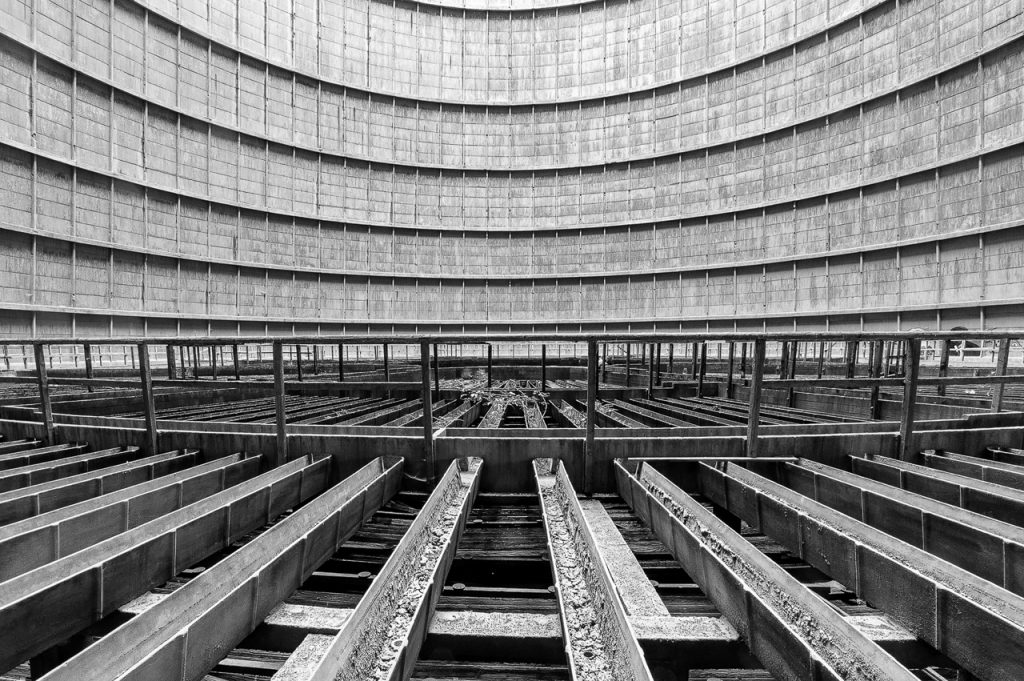 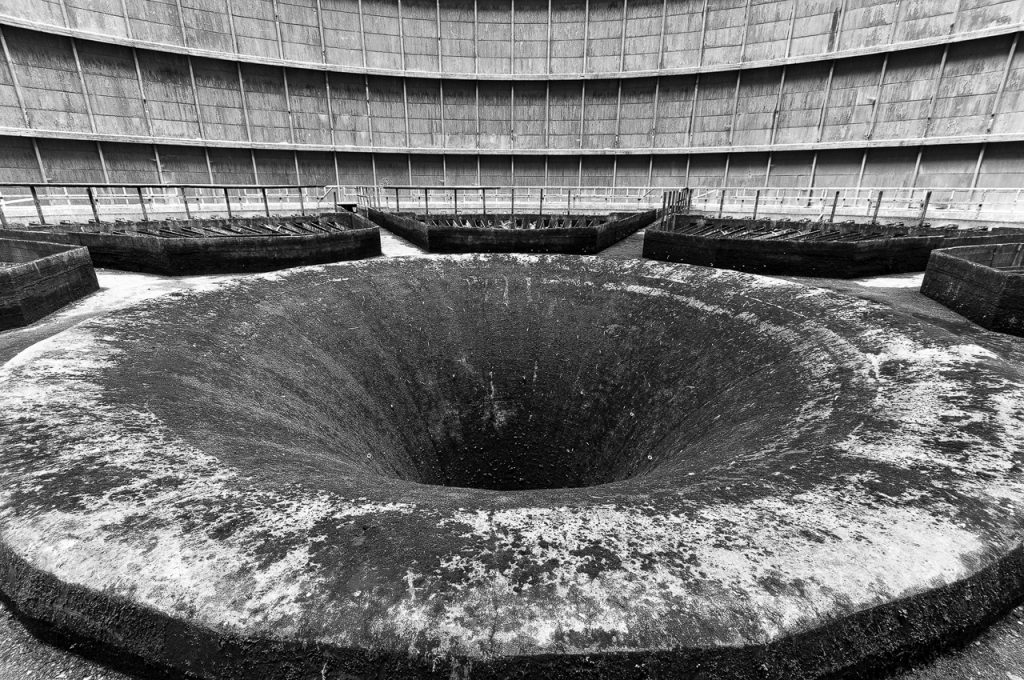 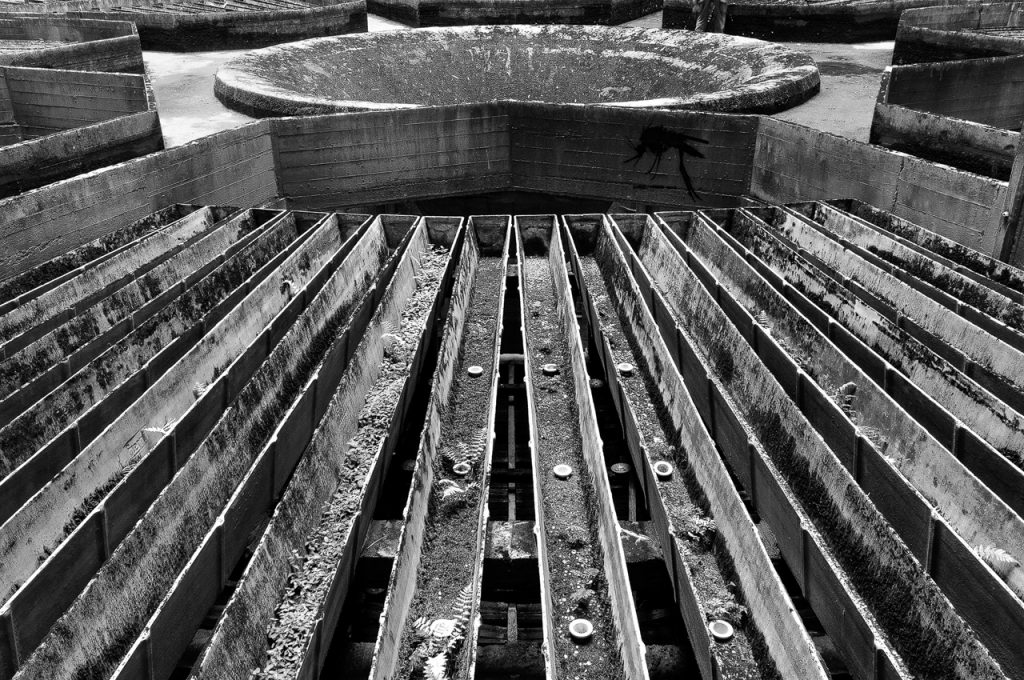 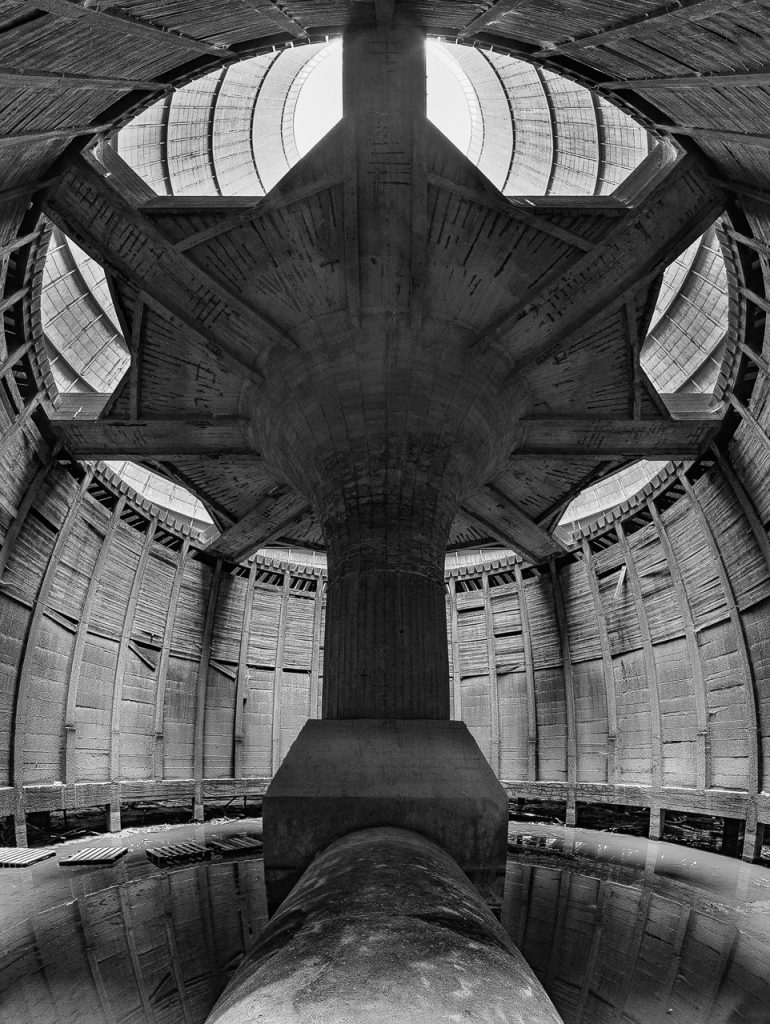 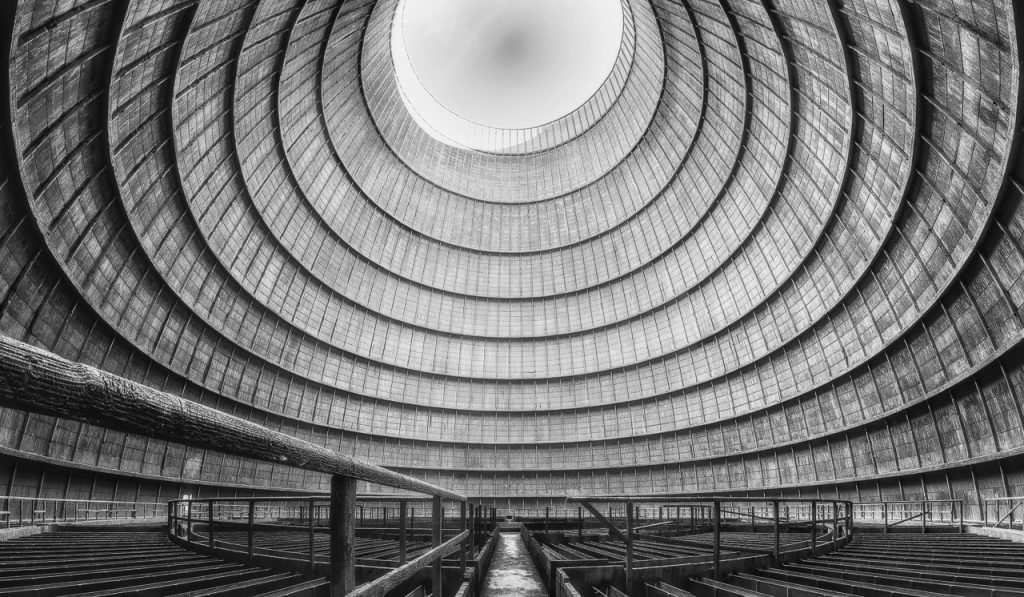