Exploration #38 Piscine Mosque (testo italiano a fondo pagina). The Piscine Mosque, or rather theAmicale Solvay swimming pool, symbolizes the spirit of a certain fringe of industrial capitalism of the first half of the twentieth century, bordering on social and paternalism. It was in 1937 that the company Solvay, whose factory “pioneer” was located in Couillet began the construction of a building for cultural and social purpose that it intended for the use of its staff. This building will be inaugurated a year later, in 1938, for the 75 years of the society. It housed a swimming pool, a theater, a casino, a restaurant, a shop and various premises that could host socio-cultural activities.

The style of the building, mixing cubism and industrial architecture, used standards very fashionable at that time. Its front part, very imposing, is a glass rotunda all in height. This was the most beautiful part of the Solvay complex. The glazing facade, monumental staircases, balconies, wrought iron railings, all architectural elements all rounded that contributed to give majesty to the rotunda which was the hall of honour of the theater located on the first floor. The entrance to the pool, meanwhile, was on one side of the building. The rotunda is what is most visible, but also the most threatened. The ceiling disintegrates little by little, victim of the absence of heating and drafts. At the time of the glory of the structure, there was lighting at night, making the whole even more beautiful.

The pool itself has a length of twenty-five meters and a width of twelve meters. The underwater depth ranges from eighty centimetres for the “shallow depth” to three meters for the “great depth”. The installation is completed by two rows of individual cabins set on either side of the basin in the direction of its length. At the bottom, there are also collective locker rooms. Initially intended for the exclusive use of the staff of the Solvay factory, the swimming pool of Amicale acquired a regional celebrity since opened to many schools in the region, as well as sports clubs, including a diving club. This is where, for fifty years, tens of thousands of children and adolescents from the Charleroi region learned to swim.

The “Solvay Basin” remained the property of Solvay until 1994, when it sold the building to the Université Libre de Bruxelles (ULB). It quickly realized that the outdated facilities were very expensive and that important work was needed to keep them in operation. A first threat of closure arises in 1996 and the ULB then offered several municipalities in the region to invest in the recovery of the pool. After many unsuccessful negotiations, the final chopper fall in August 1998. Although the pool was decommissioned, the university used for a few more years the theater, the cafeteria and other premises, before their final abandonment around 2004.

Since 2005, the facilities of Amicale Solvay have become the property of a Muslim community that intends to eventually establish a mosque, hence the name in urbex of Piscine Mosque. Development work has even begun since then but the transformation of the building seems to have stalled to that day. But unheated and enjoying only minimal maintenance, the beautiful building, yet classified, begins to degrade slowly (history from: http://www.postindustriel.be). 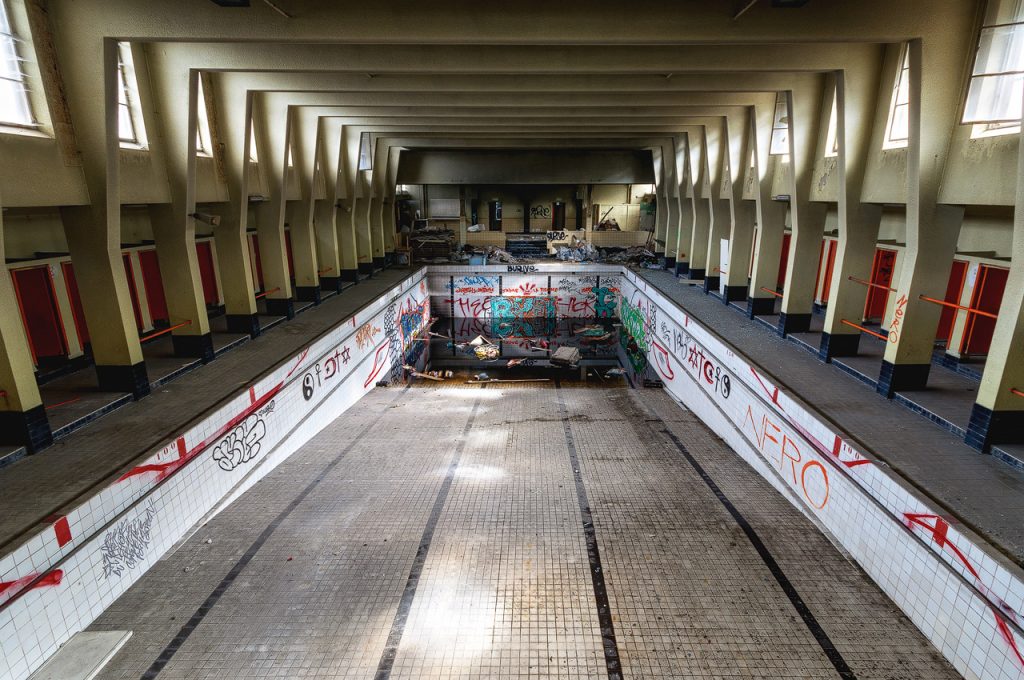 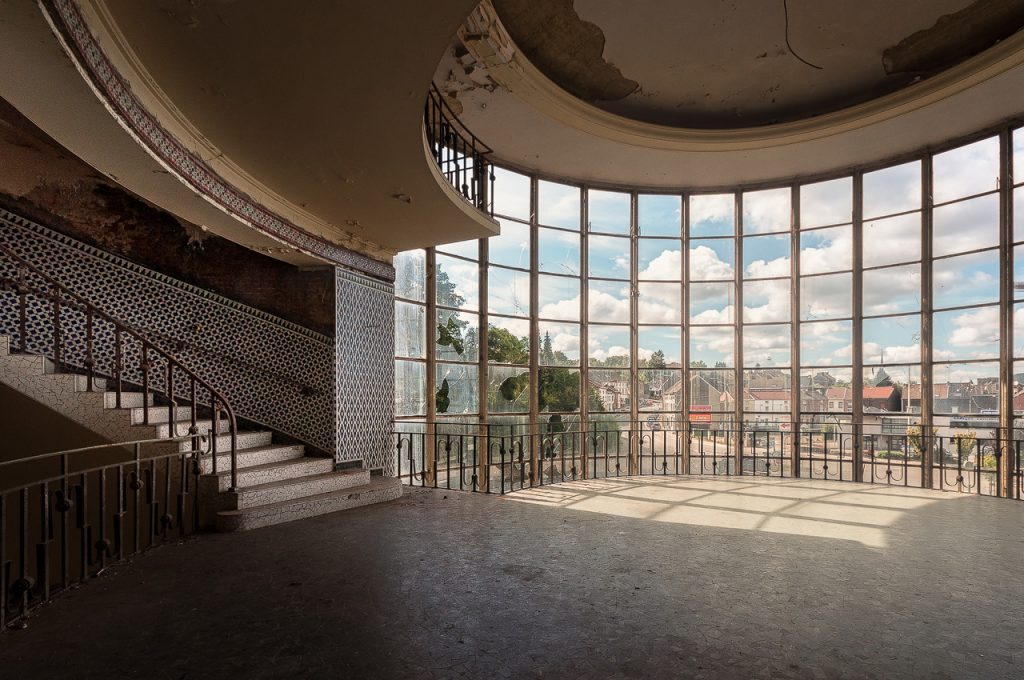 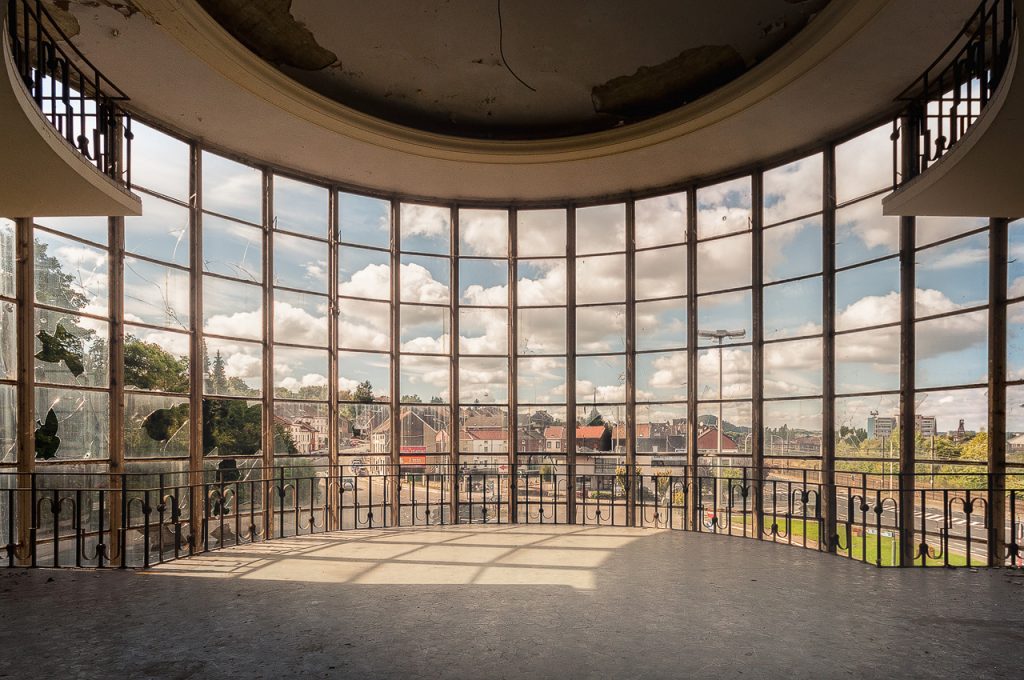 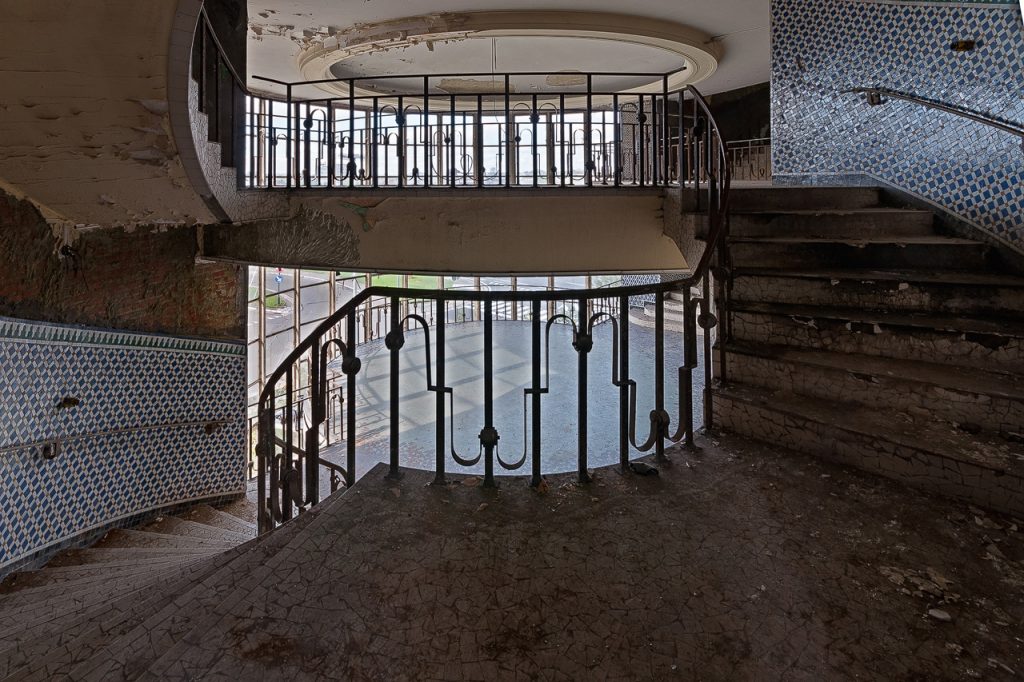 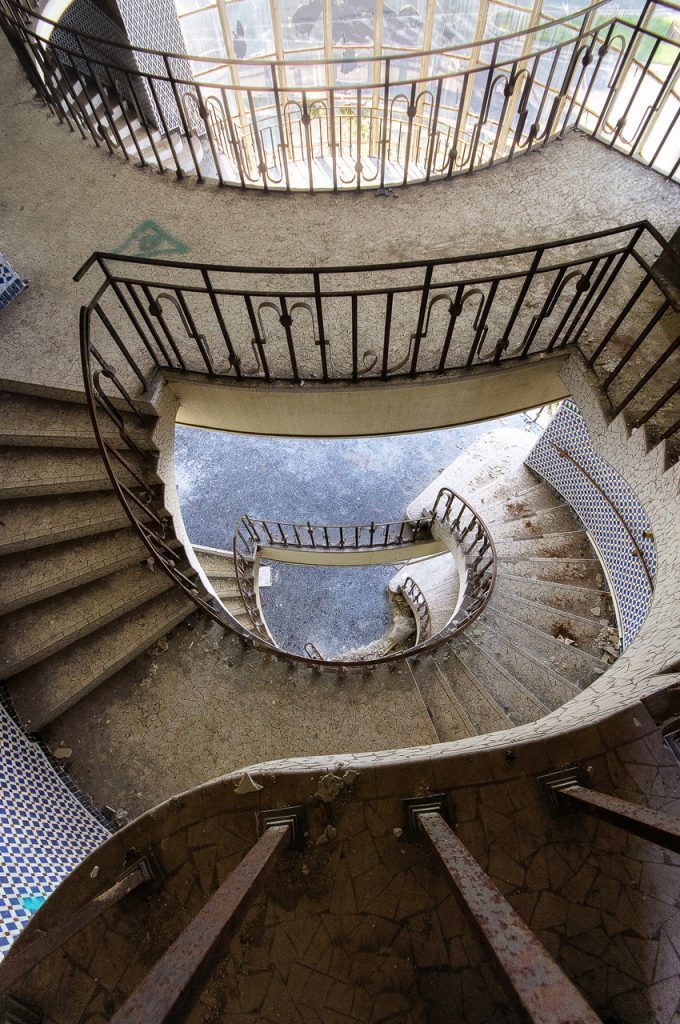 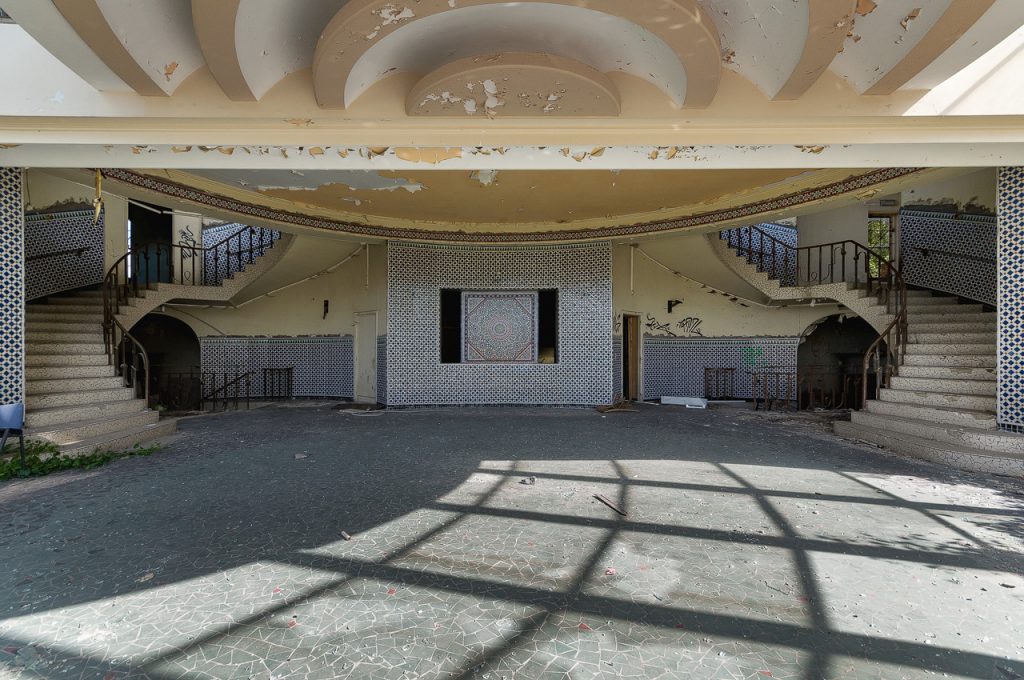 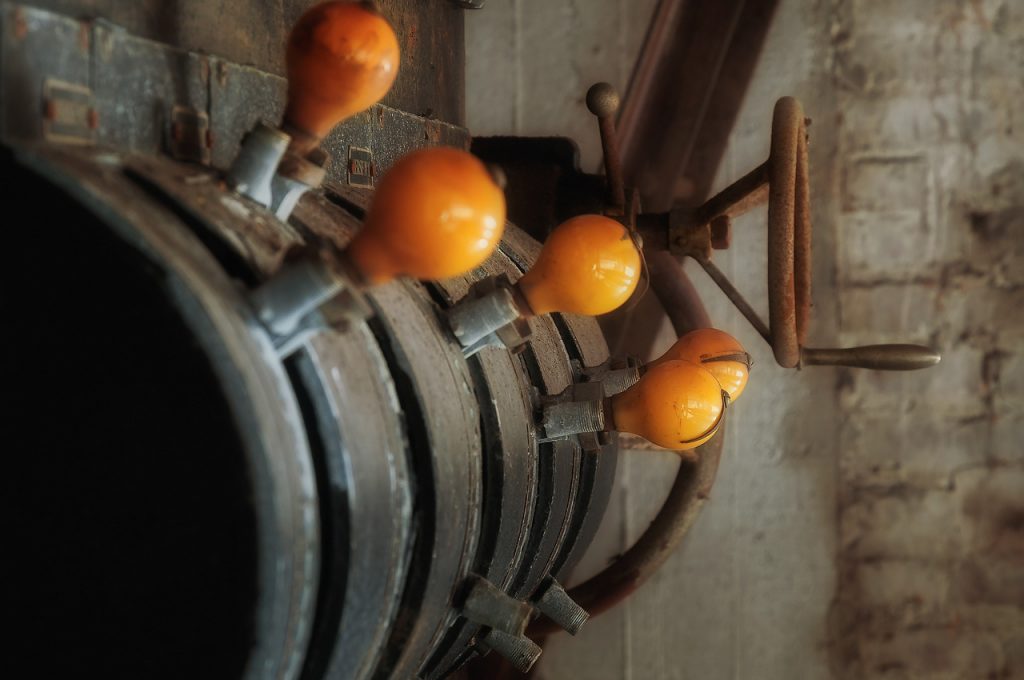 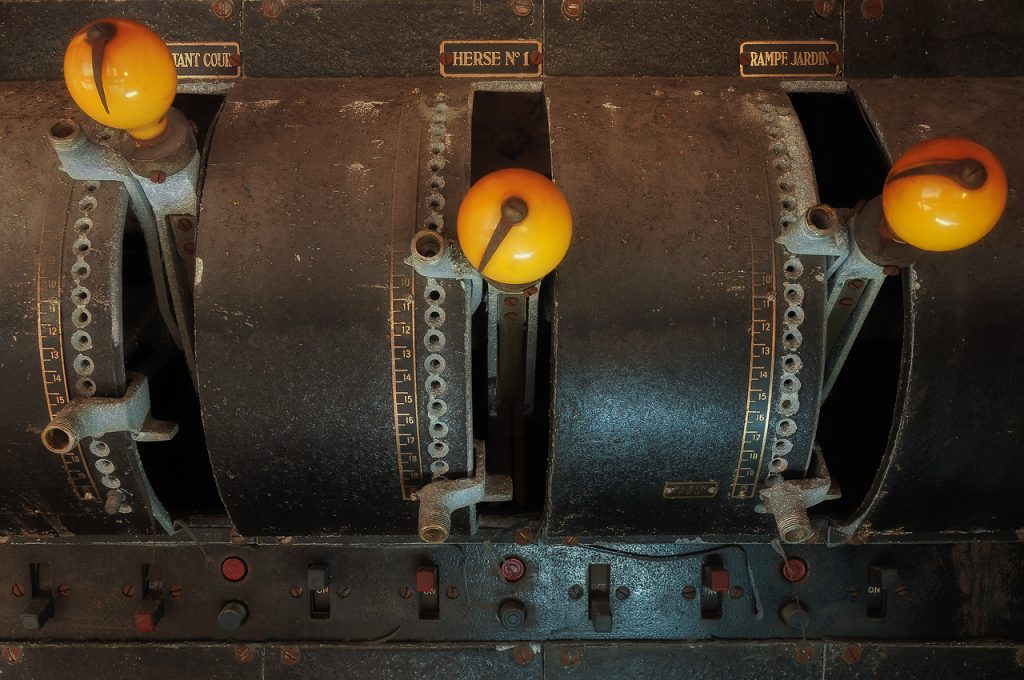 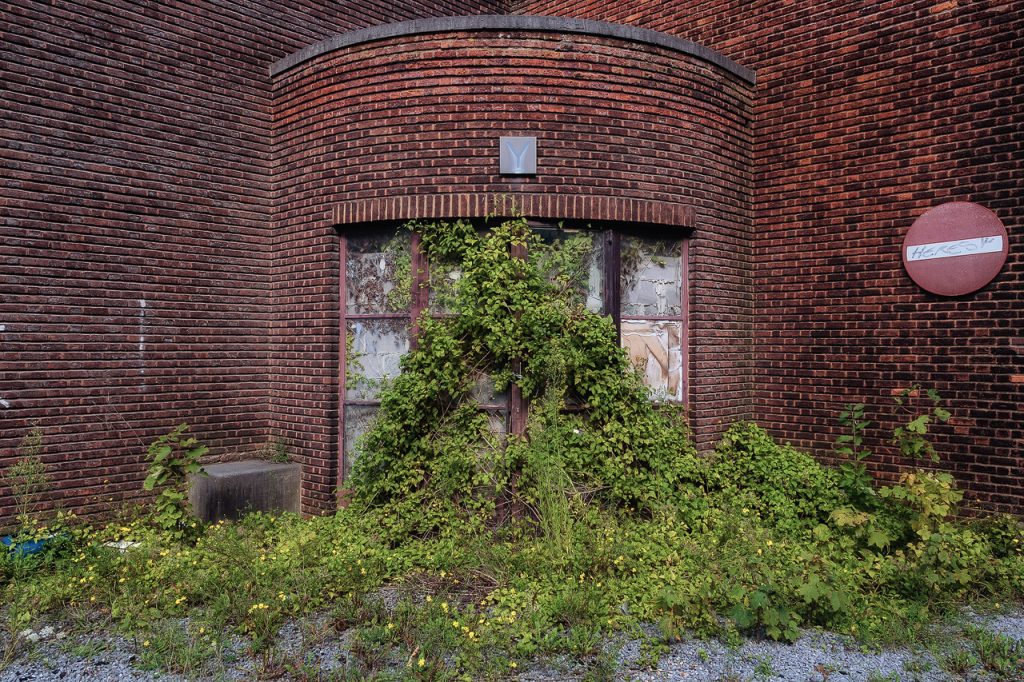 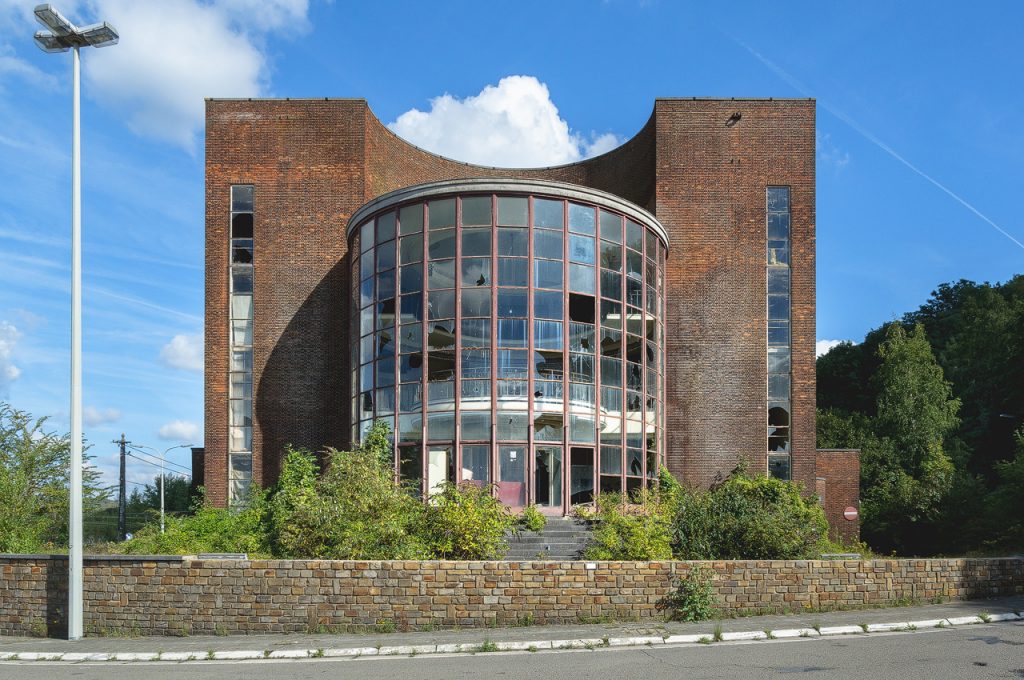