Exploration #49. The traditional way of releasing molten iron from iron ore in a blast furnace is to burn coke in the blast furnace along with iron ore, while blasting hot air in to aid combustion.
However, the biggest drawback of blast furnace operation is the inevitable carbon dioxide production from iron reduction processes, which is considered one of the major contributors in global warming. Accordingly, the Pulverized Coal Injection (PCI) method is becoming an internationally popular method for improving blast furnace operation. This method was developed in the 19th century, but was not implemented industrially until the 1970s.
The PCI method is based on the simple concept of primary air (termed the “conveying gas”) carrying pulverized coal which injected through a lance to the tuyere (mid-bottom inlet of a blast furnace), then mixed with secondary hot air (termed the “blast”) supplied through a blowpipe in the tuyere and then piped to a furnace to create a balloon-like cavity called a “raceway”, which then propagates coal and coke combustion and melts the solid iron ore, releasing molten iron. The most remarkable aspect of this method is that it allows for cheaper coal to be consumed in the system, replace expensive coke, thereby remarkably cutting down on costs.
The PCI plant consists in a vertical mill which grinds, dries and classifies coal. An inert operation storage silo which uses an inert gas nitrogen to reduce the risk of fire and dust explosions. A precise weighing system, combined with parallel arranged pressure vessels, which provides uninterrupted measurement of the coal conveying rate and a dense phase conveying. Pressurized nitrogen (usually 40 to 50 kg coal per 1 kg transport gas) is used for conveying pulverized coal under dense phase conditions. A powerful, long distance pneumatic conveying system can then transports pulverized coal between the injection vessels and the blast furnace. Pulverized Coal Injection is the key to optimizing the blast furnace process for high productivity as well as hot metal cost.
This Coal Injection Plant had two pulverisers, one for each blast furnace. It was a later addition to this site built around 1991. The PCI, along with the blast furnace, continued until 2008 when the whole site finally closed due to a decline in steel production following the near-collapse of the automotive industry. 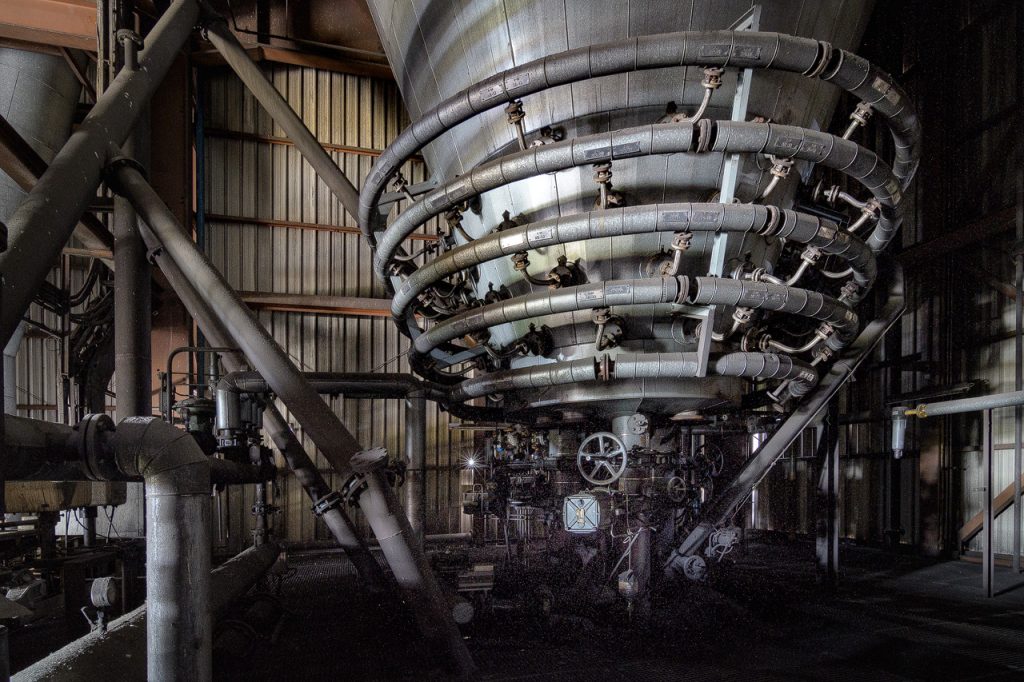 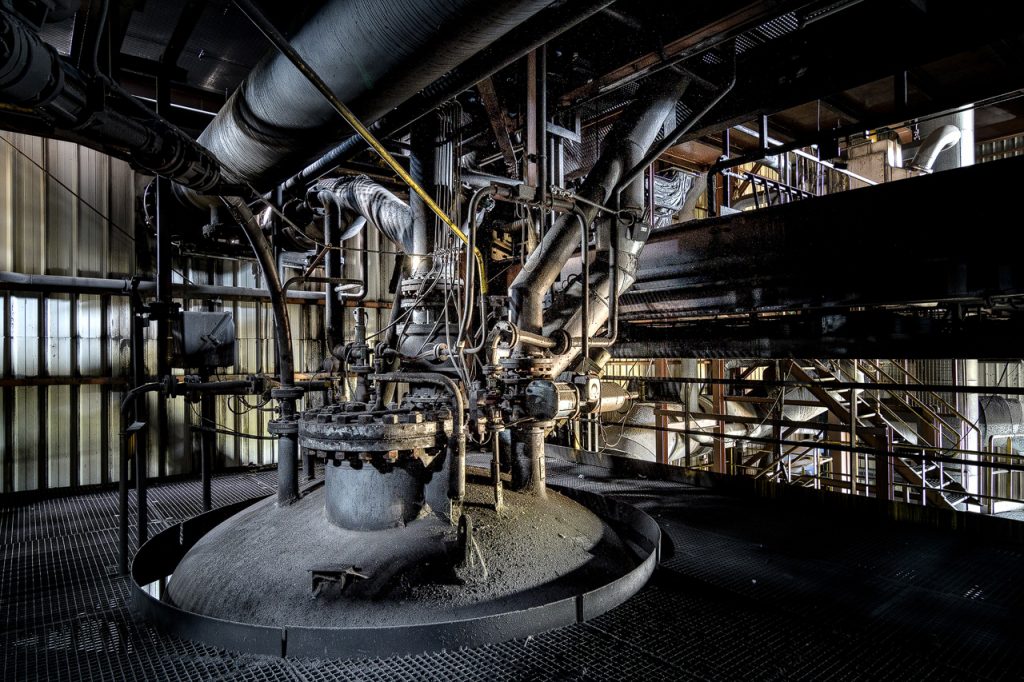 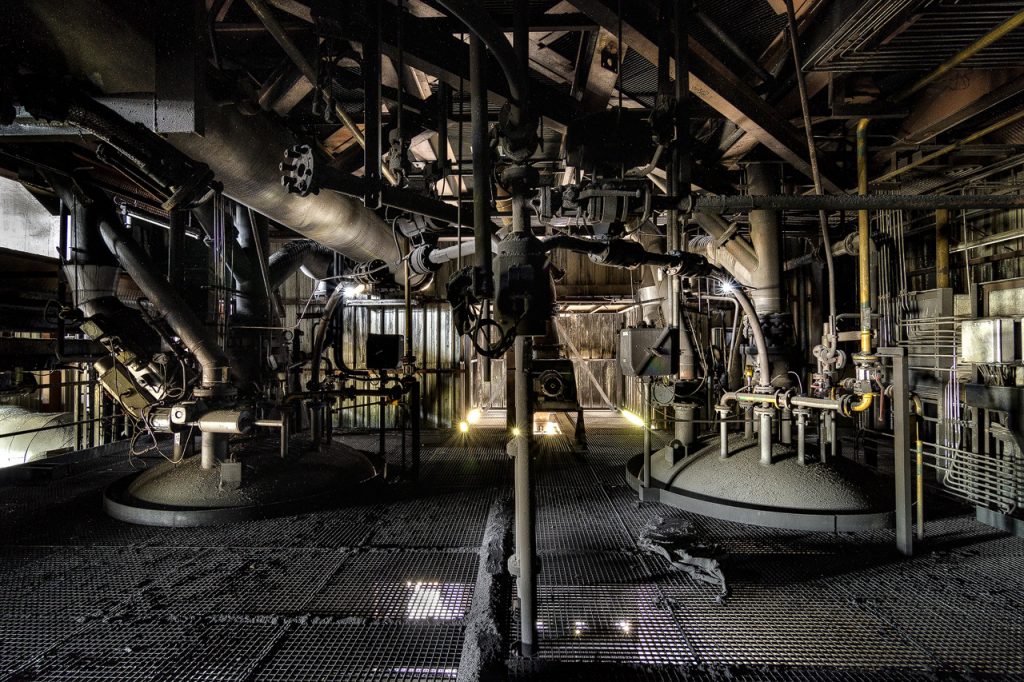 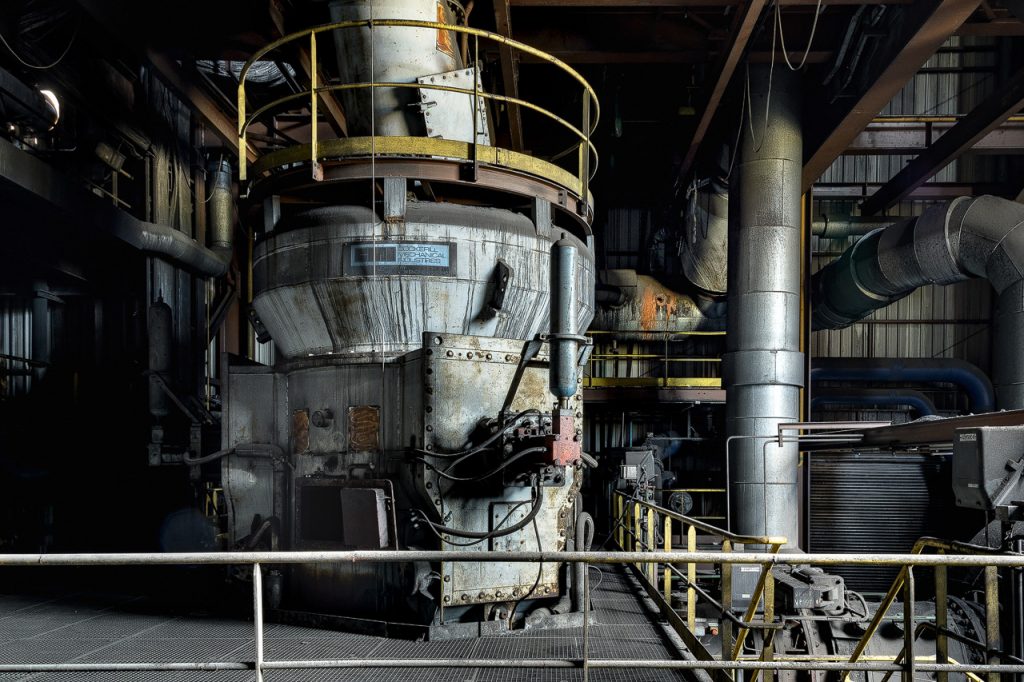 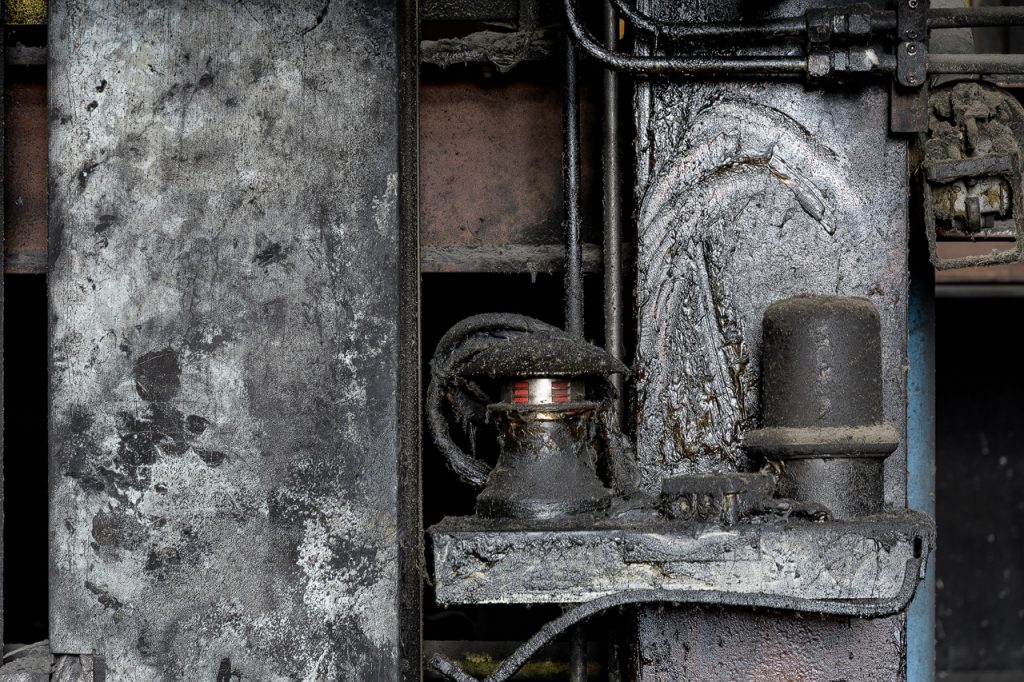 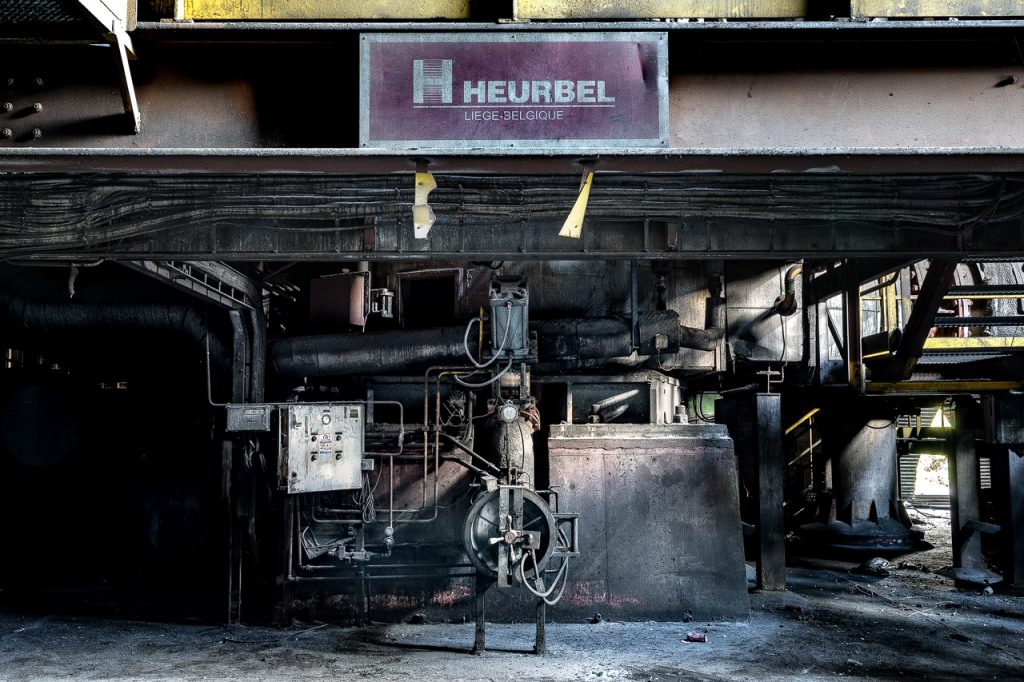