Exploration #40. Geamana is a very unique ghost town located in Romania. Its peculiarity is being entirely submerged by of a toxic red lake created by men. The tragedy of this village, that once occupied a fertile and sunny valley, began in 1977. In that year the dictator Nicolae Ceausescu decided to begin the exploitation of the nearby copper deposit of Rosia Poieni, in those years the largest in Europe . At first the residents of Geamana imagined getting some small profits from the nearby copper mine but unfortunately it was not. The copper extraction process in fact produces large quantities of toxic waste, in particular sludges containing cyanide and other metals that must be adequately treated by expensive machinery. The brilliant idea of the former dictator was therefore to store these muds, and what if not the nearby valley of Geamana could serve for this purpose? In 1980 all the lands were expropriated, a large containment dam was built at the beginning of the valley and toxic mud began to take the place of the green cultivated fields. About 400 families were promised new fertile lands but in reality they were moved to cities more than 100km far and received only a small amount of money. About 20 of the 1000 inhabitants of the valley of the past, mostly elderly, have instead decided not to move but to build new houses at an ever higher point. As the exploitation of the mine has continued over the years, so the level of this surreal toxic lake increased. To date practically the whole village has been submerged, except for the bell tower of the old church, once the high point, and the new homes of those who decided to stay in this forgotten and forever poisoned place. The old cemetery, which the authorities had promised the former occupants of the village to move, also now lies submerged near the church. It is now only a matter of little time that the bell tower is forever submerged, putting the end to the history of Geamana. 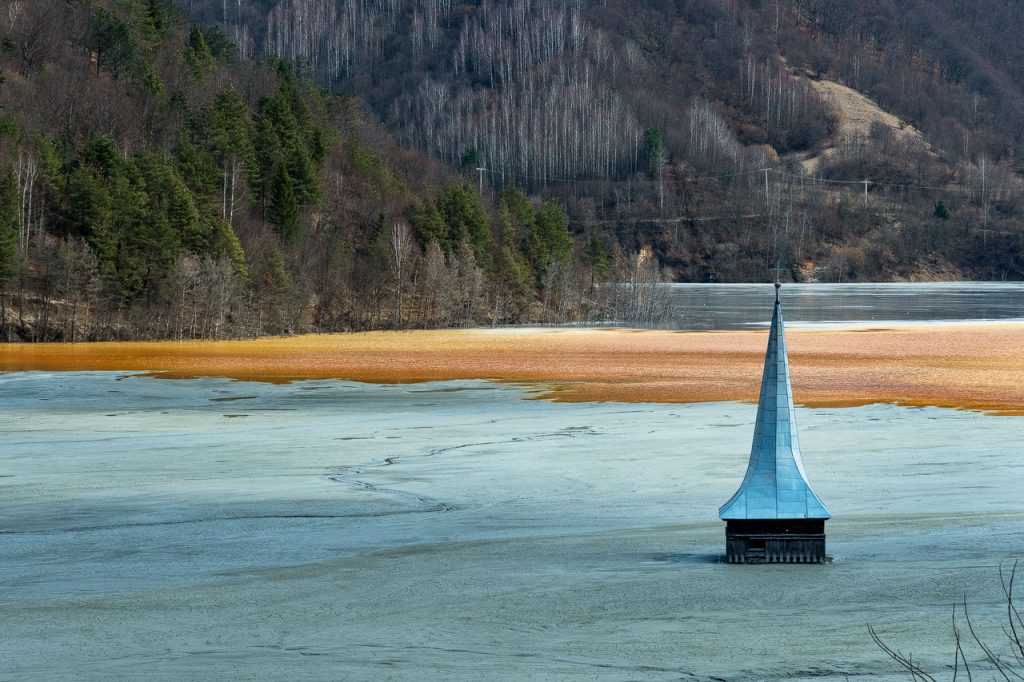 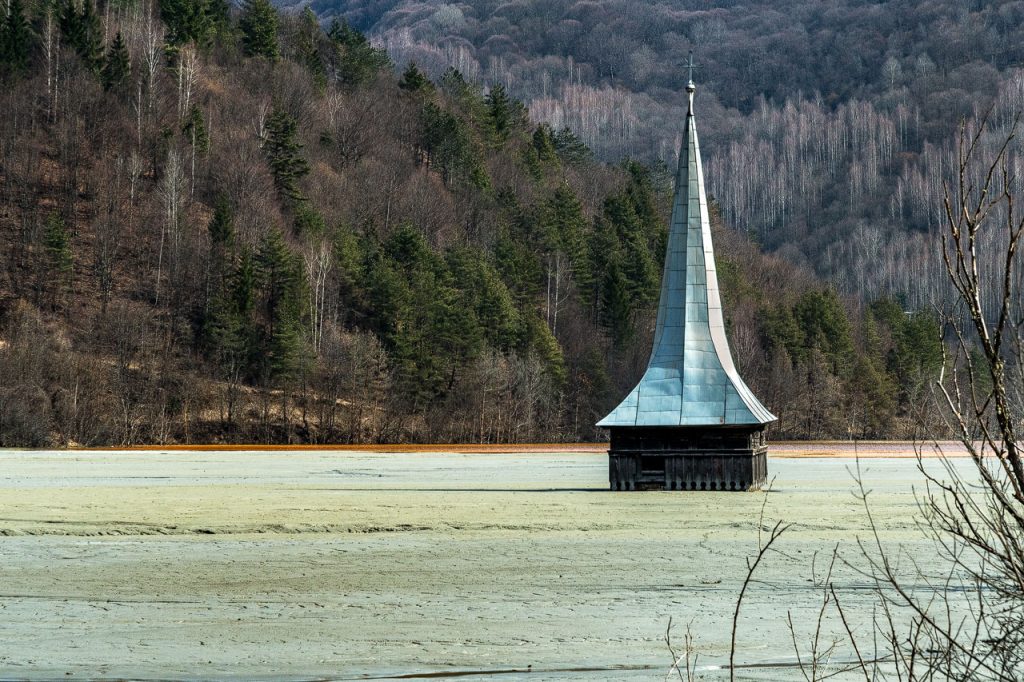 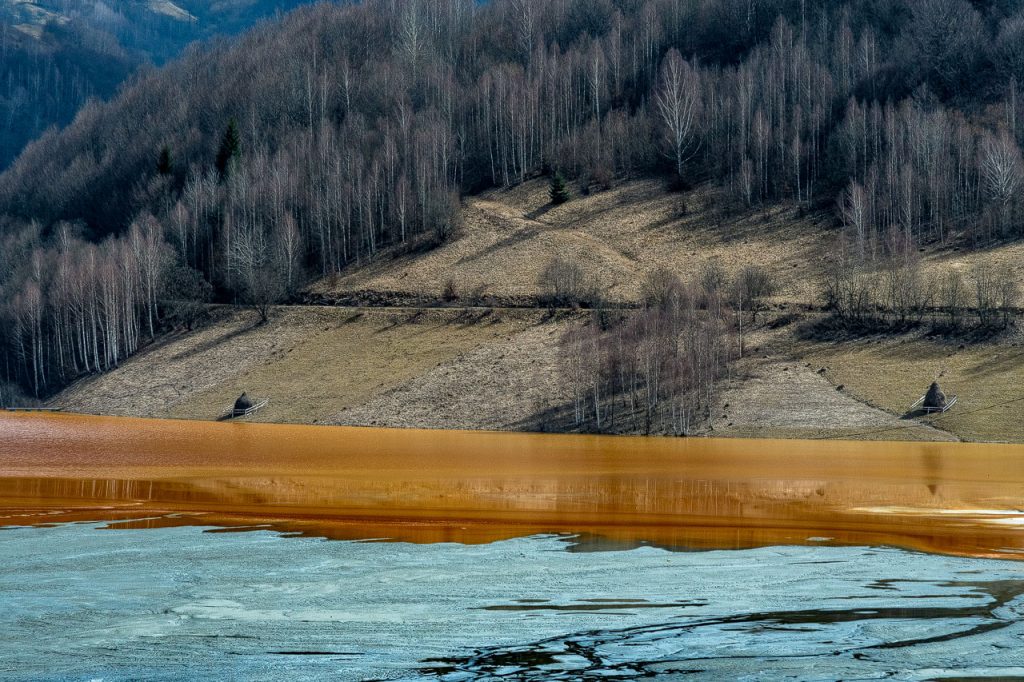 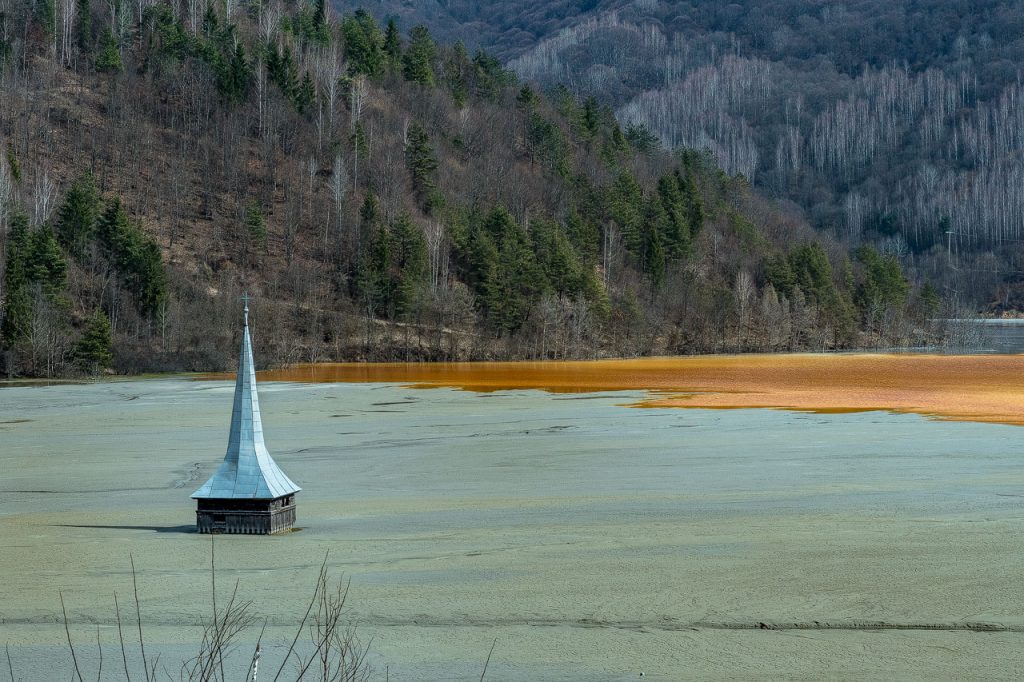 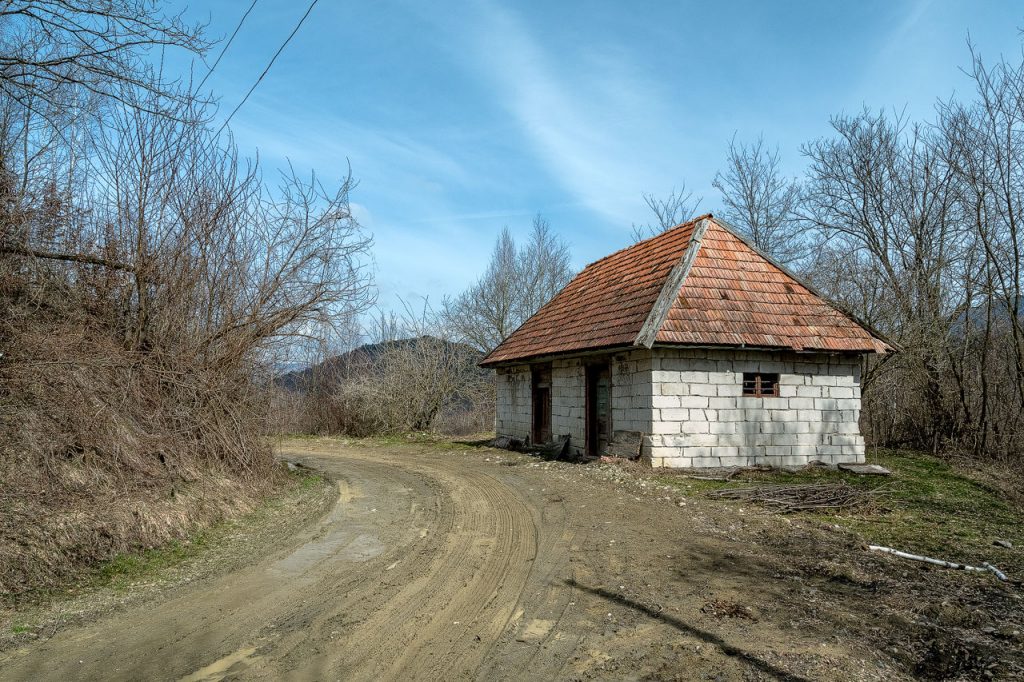 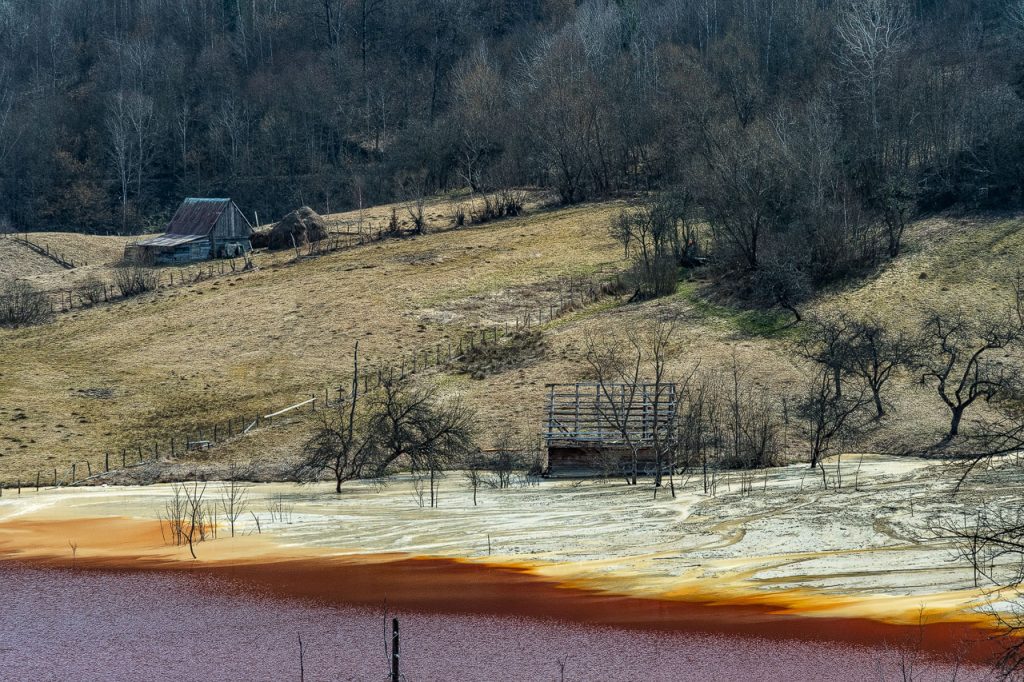 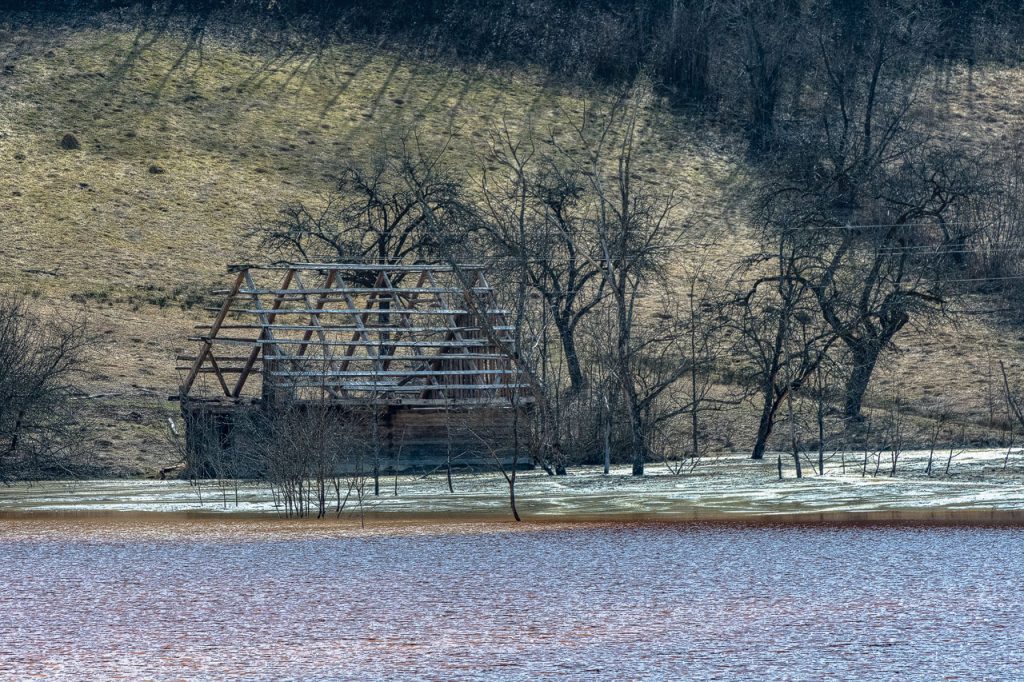 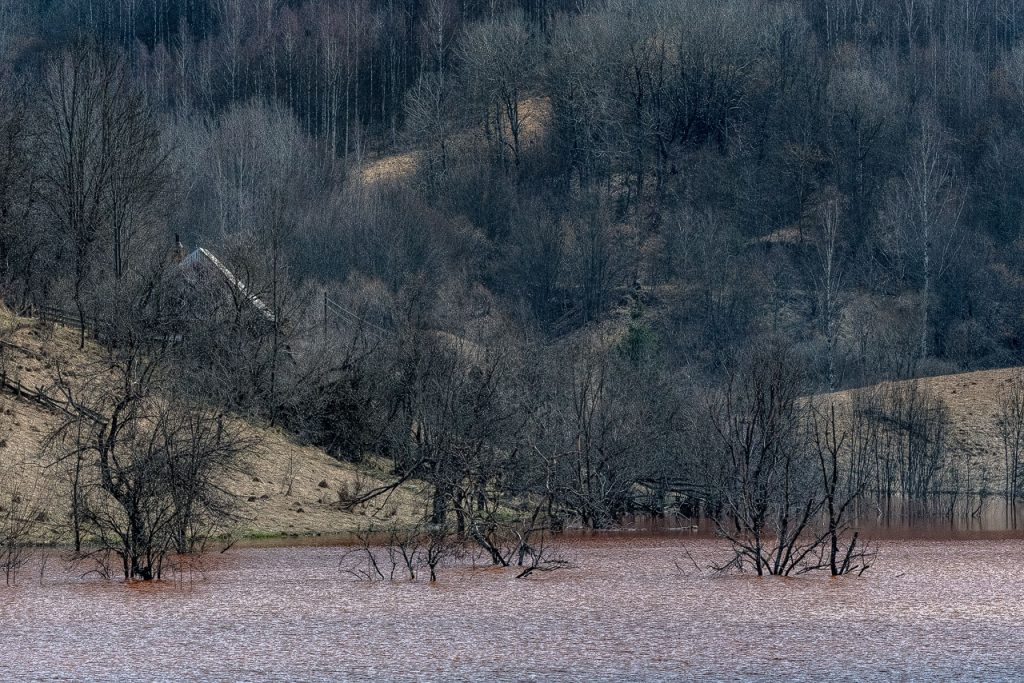 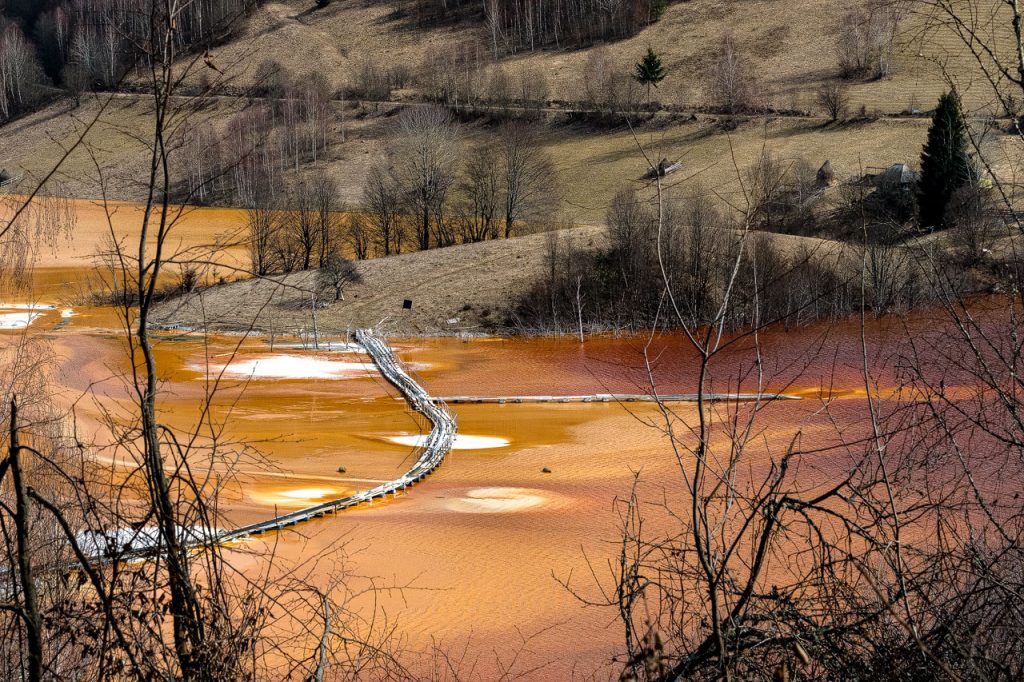 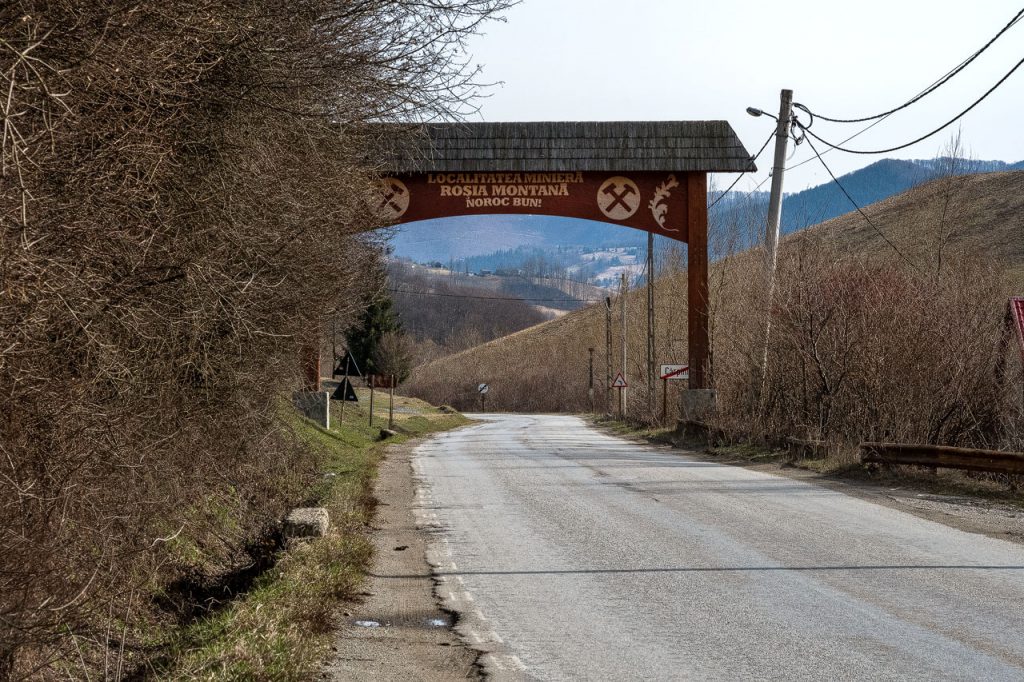 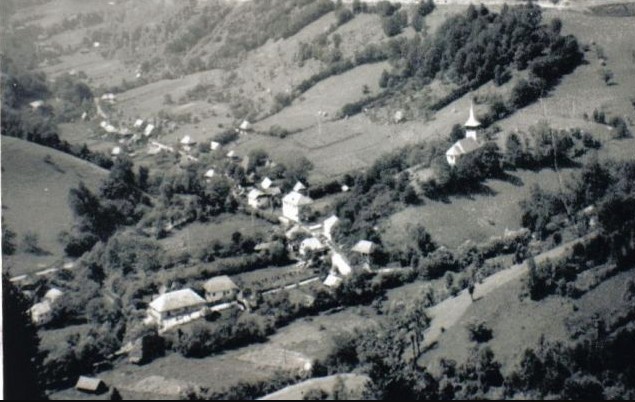 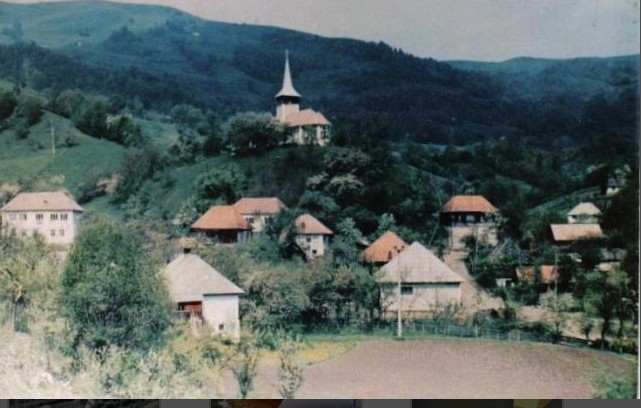