Exploration #39. The “Città Satellite”, or Greenland, was the Disney World of Milan. The idea of creating a large amusement park on the outskirts of Milan was given by Commendatore Giuseppe Brollo, an entrepreneur from Treviso, who arrived in Milan in 1939. After the war he bought 50 hectares of uncultivated and clayey land from count Borromeo (tired of the poor agricultural productivity of the area) between Limbiate, Solaro and Cesate with the aim of building a large modern farm. However, the project changed: instead of the farm, a small town was born, later renamed Villaggio Brollo and next to it, between 1964 and 1965, the “Città Satellite” was born. It was the first stable amusement park in Italy. Gardaland was even taking life in those years and both were very pioneering projects for the time. The peak of activity was reached between the seventies and eighties with an annual flow of about one million people, coming from many neighbouring areas. The lack of modernization of the structures led to a gradual decrease of the public. In the year 2002 a judicial seizure due to hygienic and safety irregularities was disputed by the company that managed the park. The park never opened again and in 2008 it was put up for auction. After a failed attempt to redevelop the area in conjunction with Expo2015, in 2018 almost all of the structures were demolished, but the area has not yet been cleaned and to date only closed gates, lots of rubbish and a lot of rusty hardware remain in Greenland. These photos were made during a legal visit in 2011. 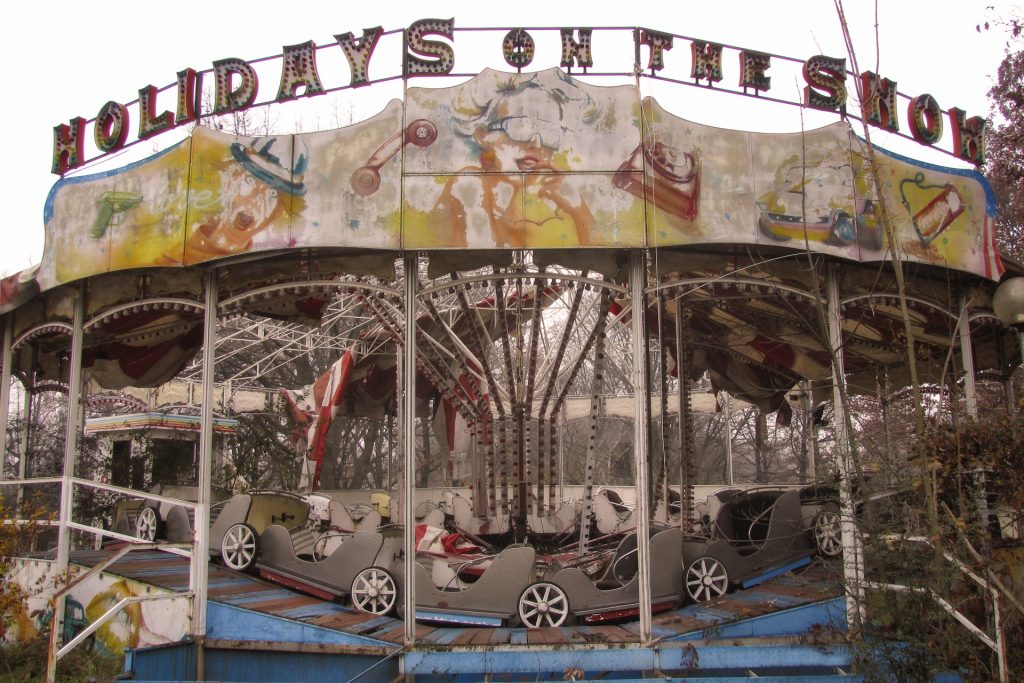 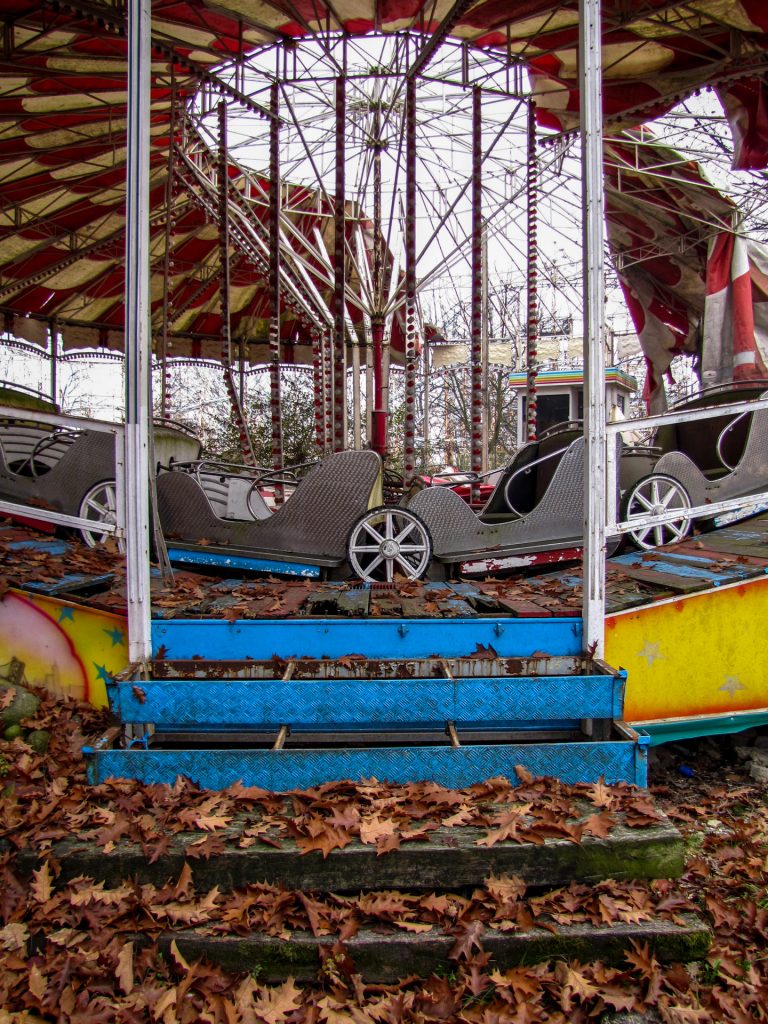 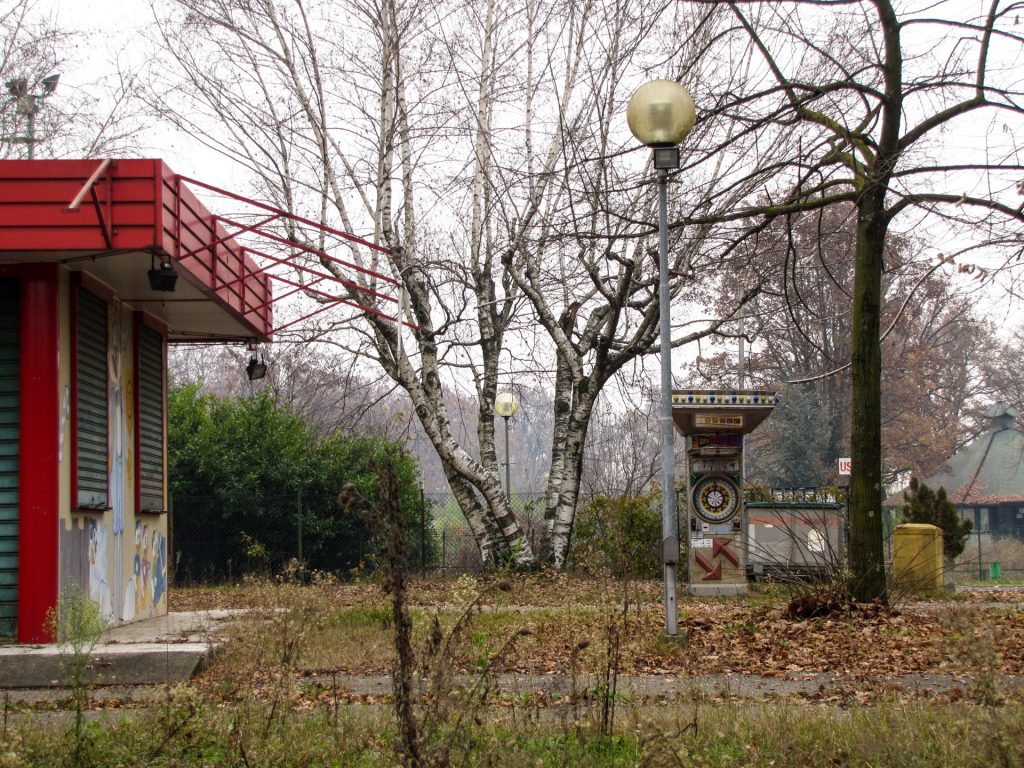 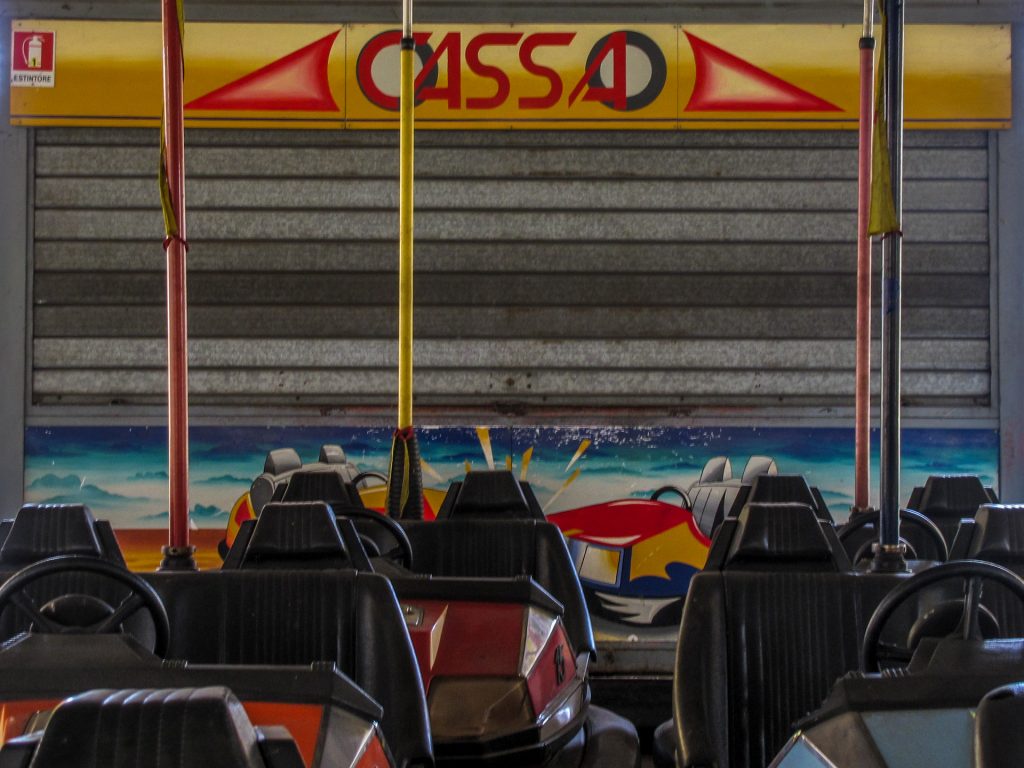 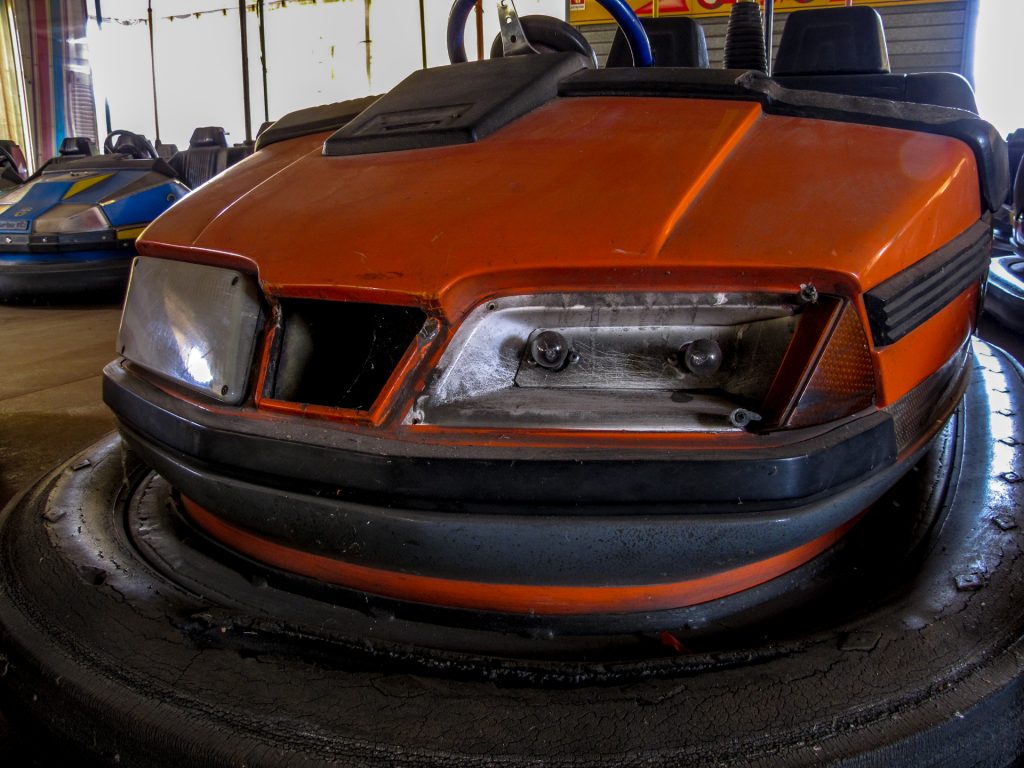 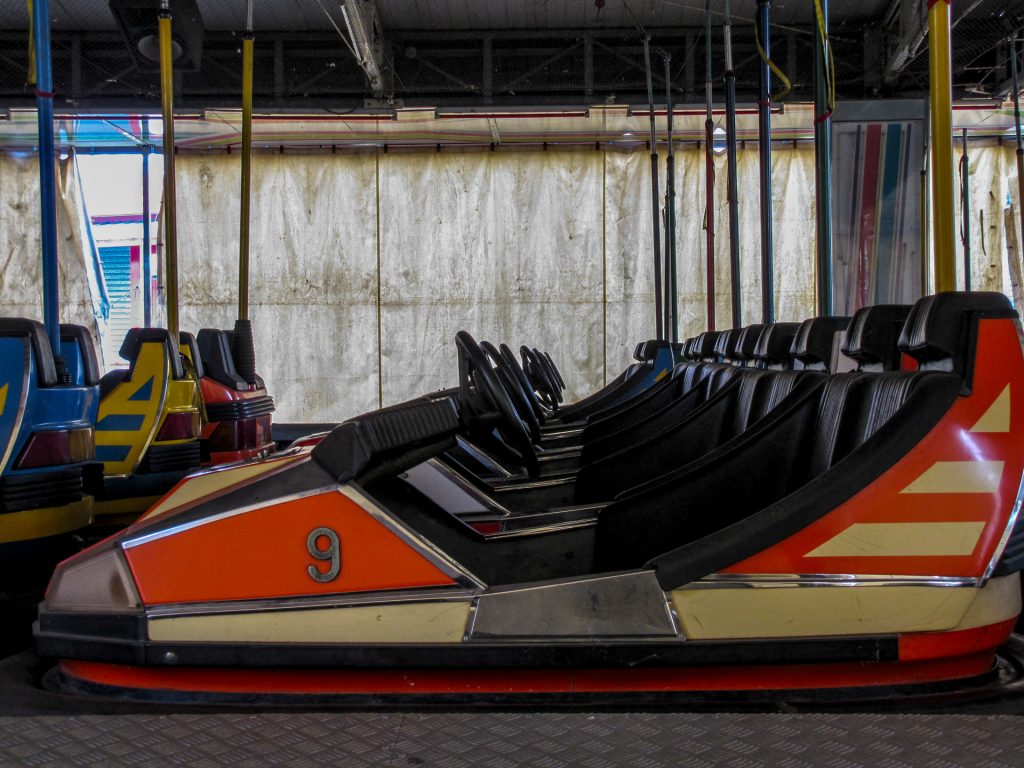 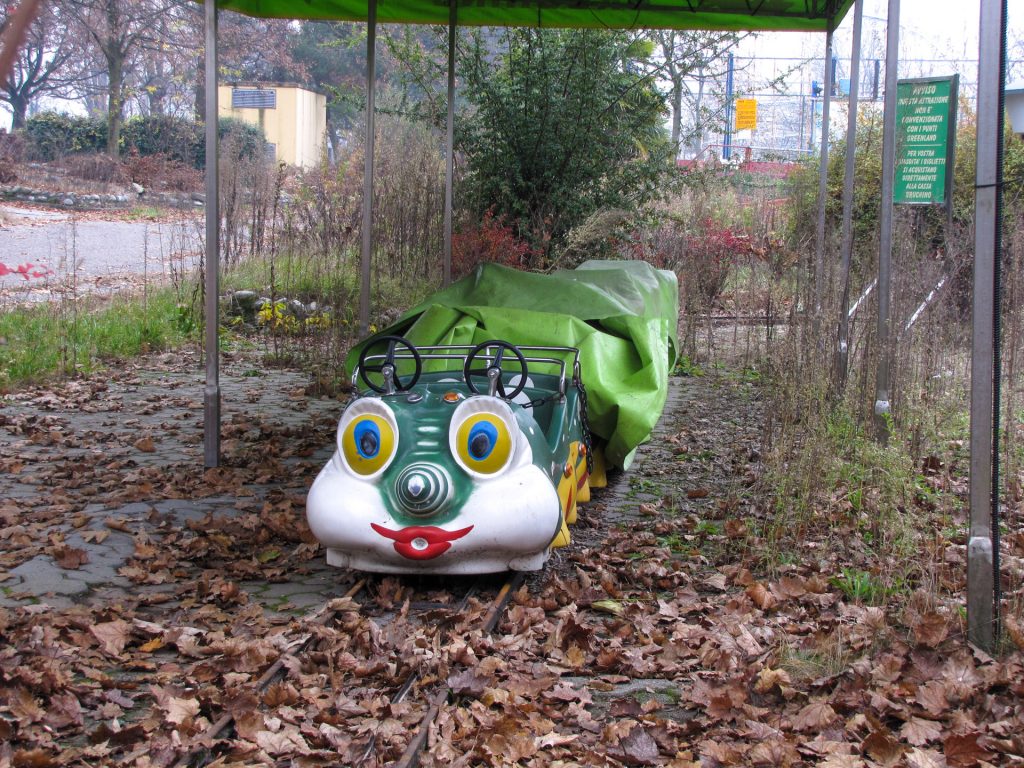 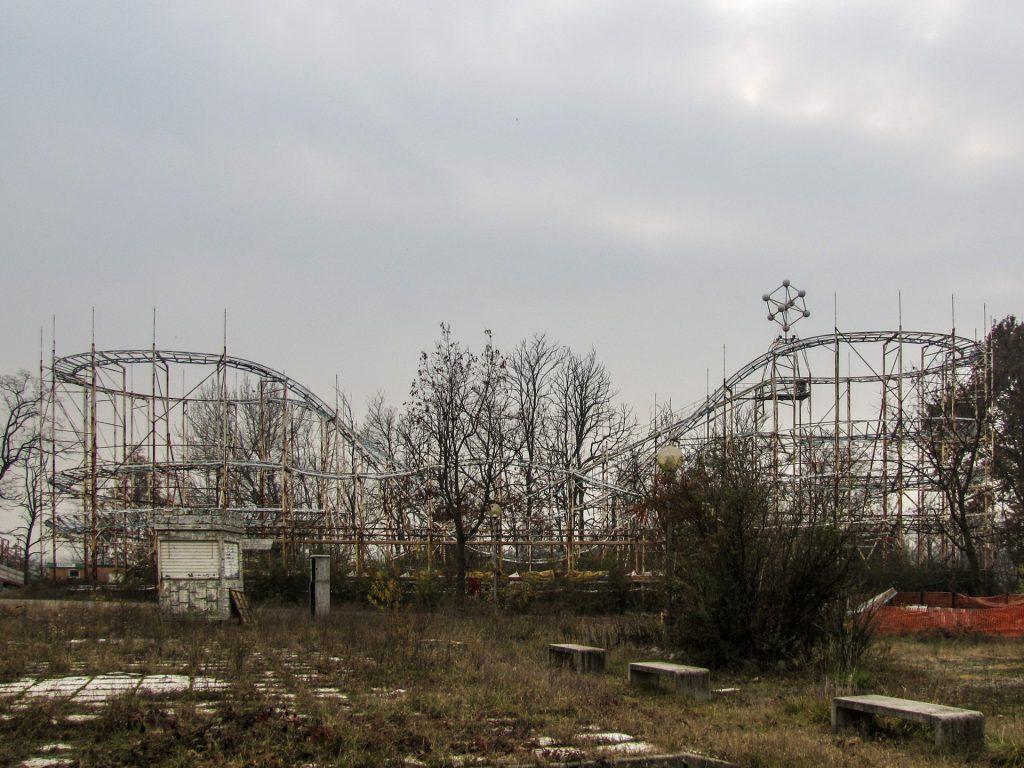 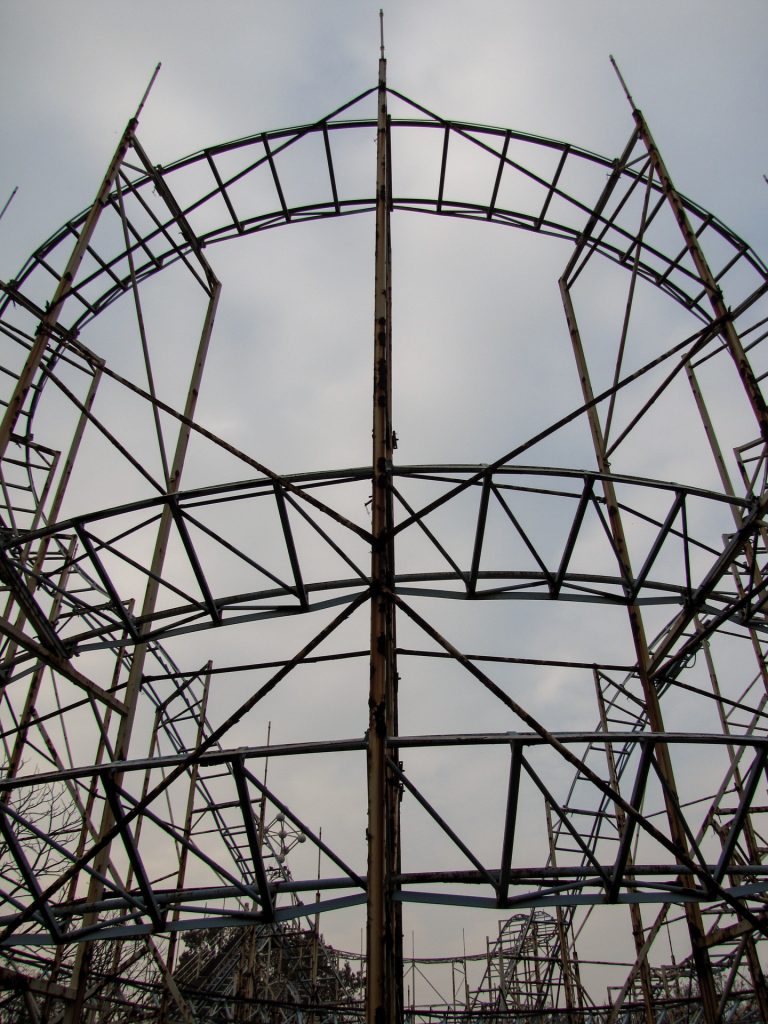 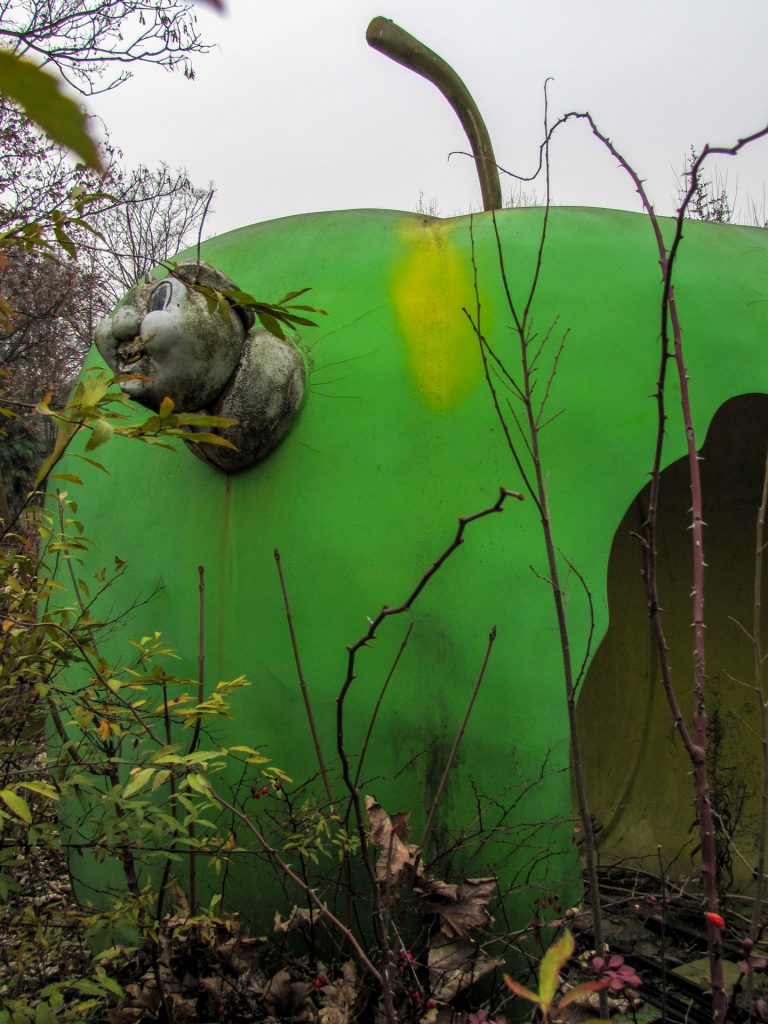 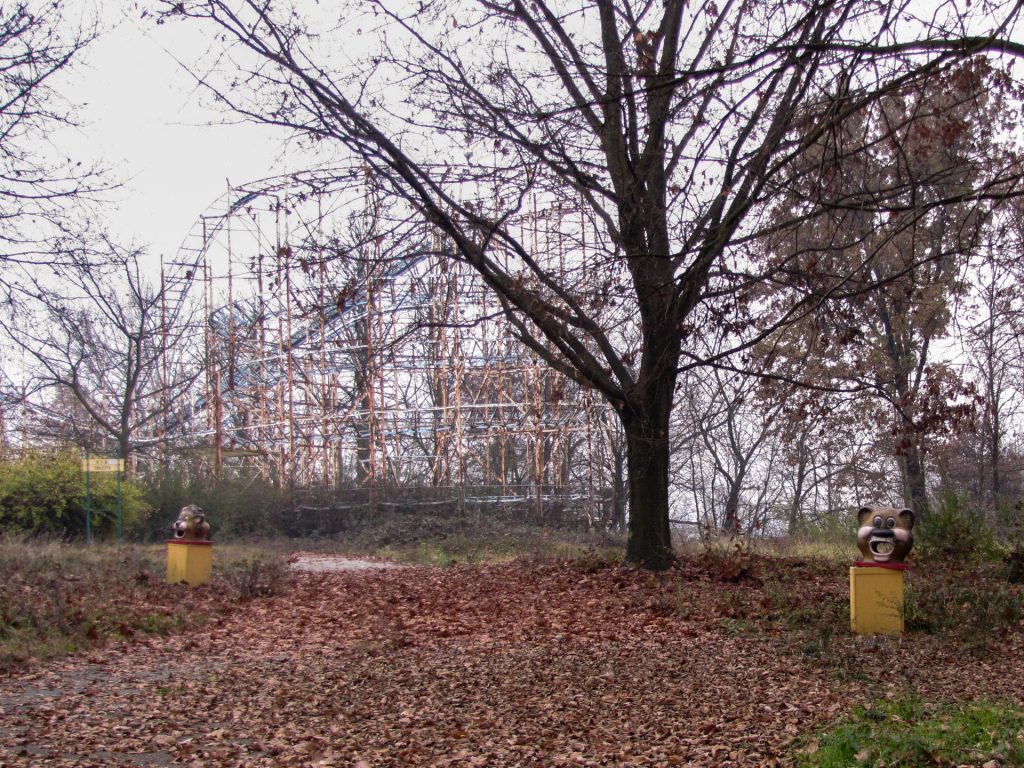 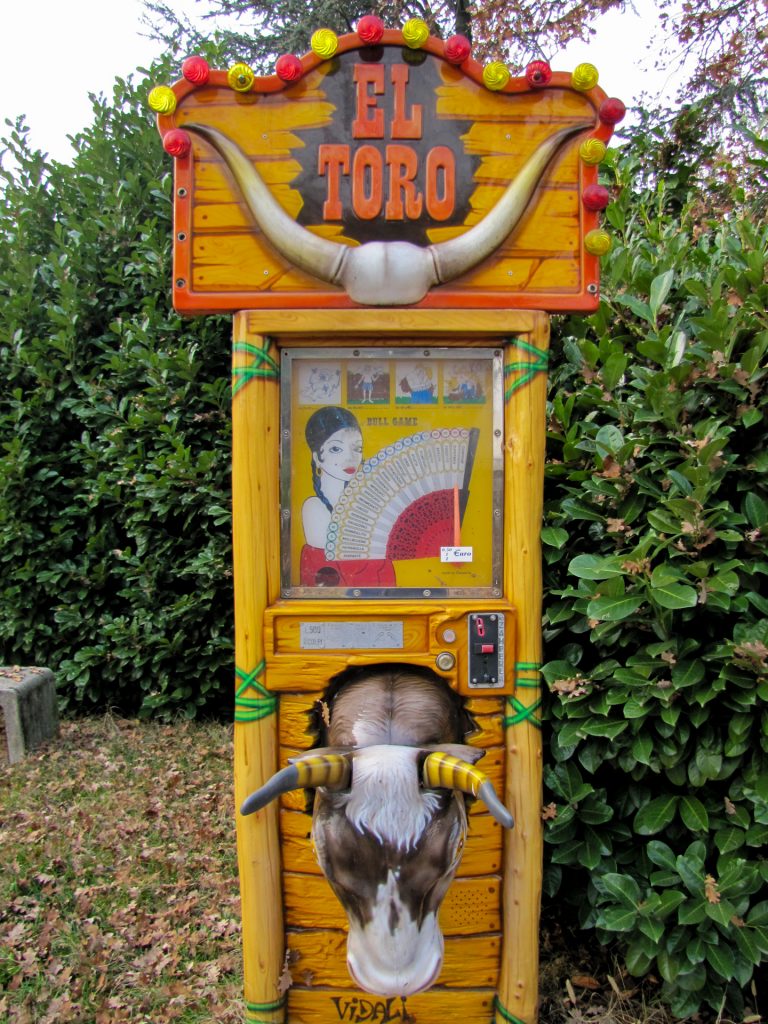