Exploration #36. This was the crematorium of a big graveyard somewhere in Germany. It was constructed in 1910 and in working order until the late 1980s. Probably more than 100,000 bodies were cremated here, many buried in an adjoining urn grave field. Inside the cremation system there is a rotary hub on tracks and two furnaces. In 2012 it was visited by the Austrian filmmaker Nikolaus Geyrhalter to shoot a documentary about abandoned and deserted places in the world. 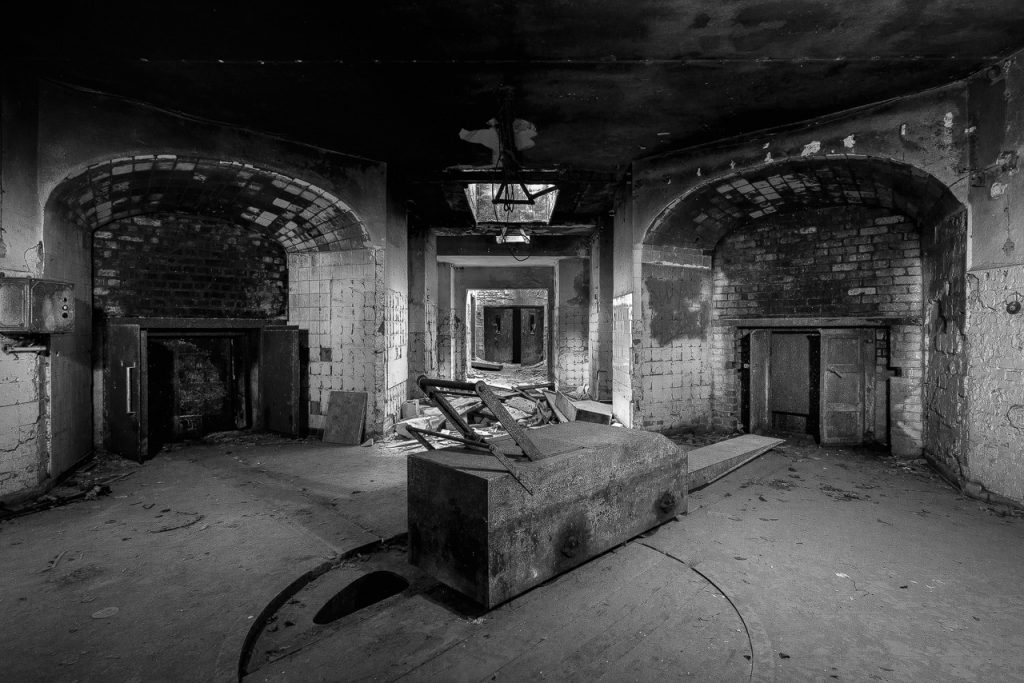 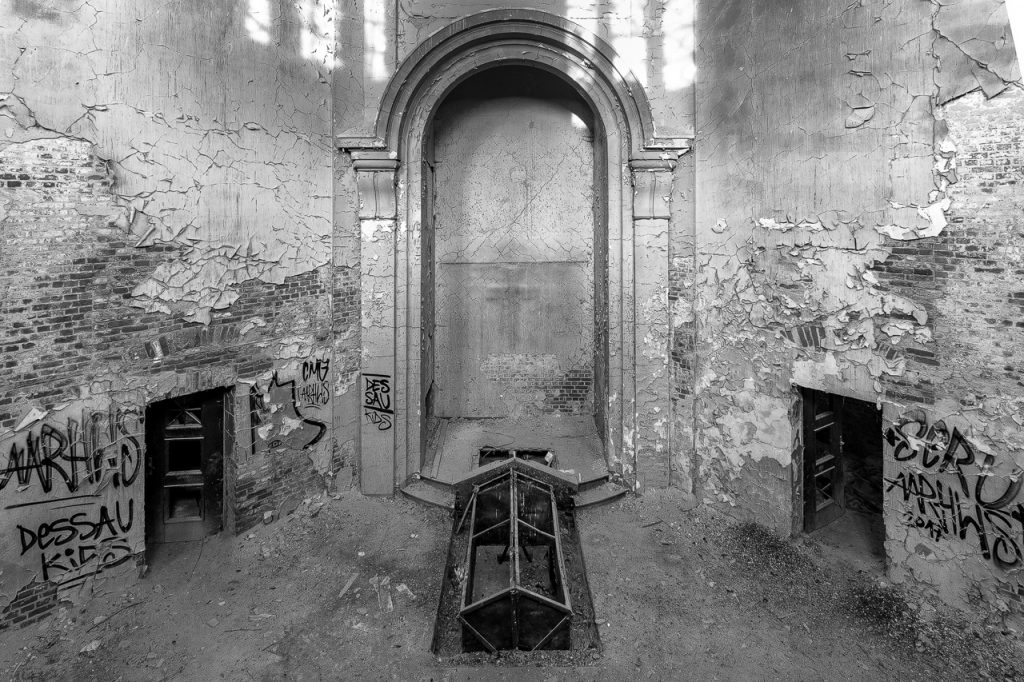 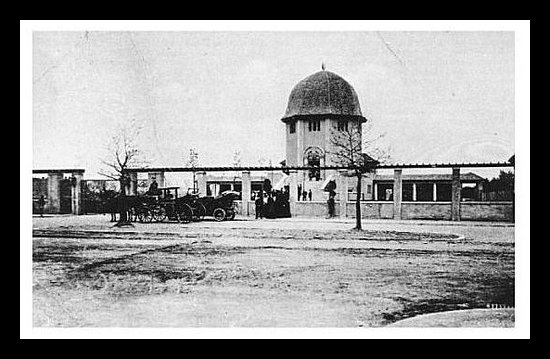 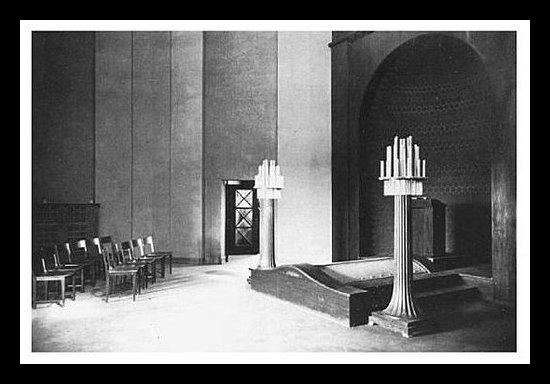