Exploration #2. Villa Tanzi-Lugaro, or Villa Sbertoli, is part of a big abandoned asylum complex in Italy, which comprises about 25 buildings. Originally an aristocratic abode, in 1868 the villa was bought and was converted for use as an asylum by Professor Agostino Sbertoli. The first patient of the clinic was just a Professor’s son, who suffered from mental disease. The number of patients grew in a short, forcing Professor Sbertoli to acquire others villas and to erect new buildings.
The asylum increased his reputation and before long many important doctors operated in the complex. Many wealthy Italian as well European families send their insane since the asylum guaranteed an high level of privacy.
For these reasons the buildings of the complex were well-finished: luxury single apartments, a billiard room, an aviary, a church were part of the complex. Many animals lived freely in the very elegant gardens. The asylum passed down to a Professor son and after to private citizen. In 1950 the complex was acquired by the province and in 1978 it was closed following law Basaglia. Most of the buildings are now falling into a state of disrepair and some of them are completely bricked up. Villa Tanzi-Lugaro was one of the most elegant building of the complex: its ornately plastered ceilings and beautifully painted art on the walls remain a testament to the buildings grand history. 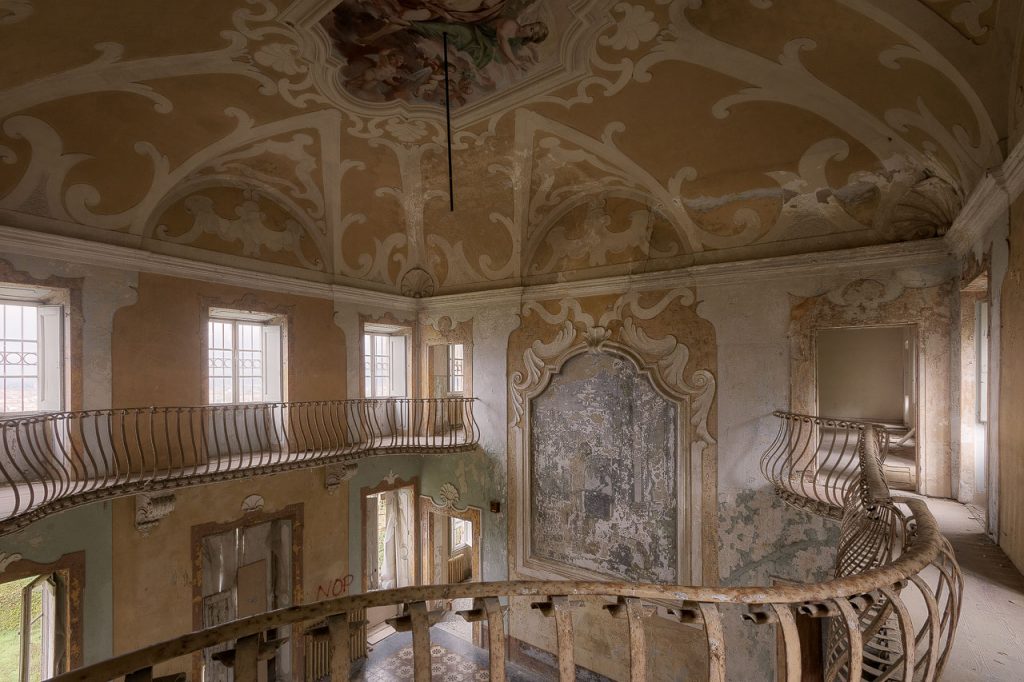 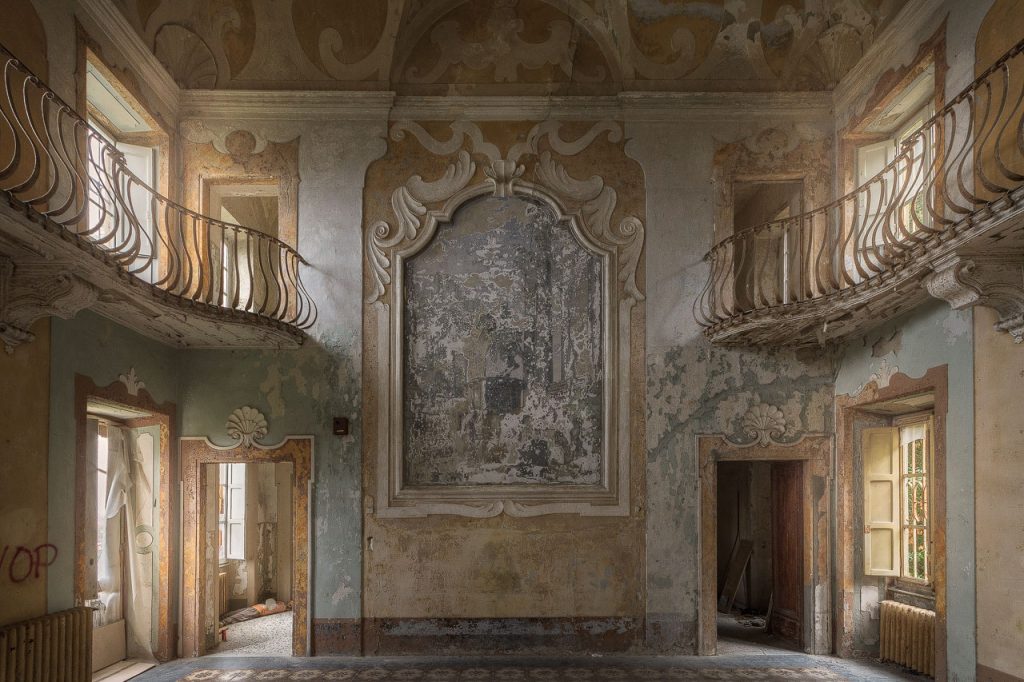 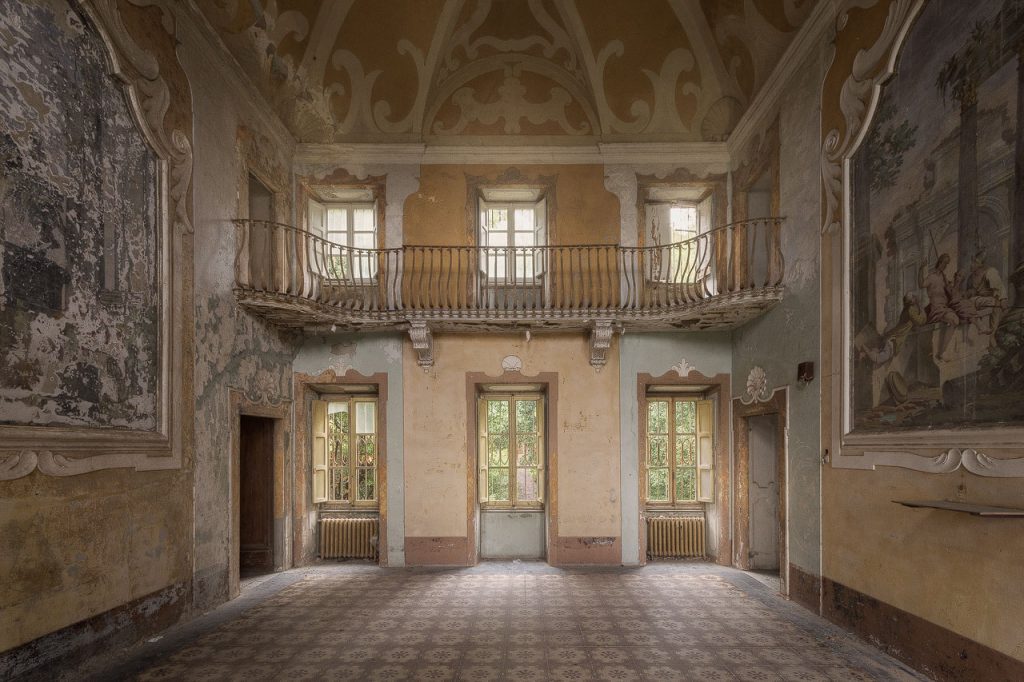 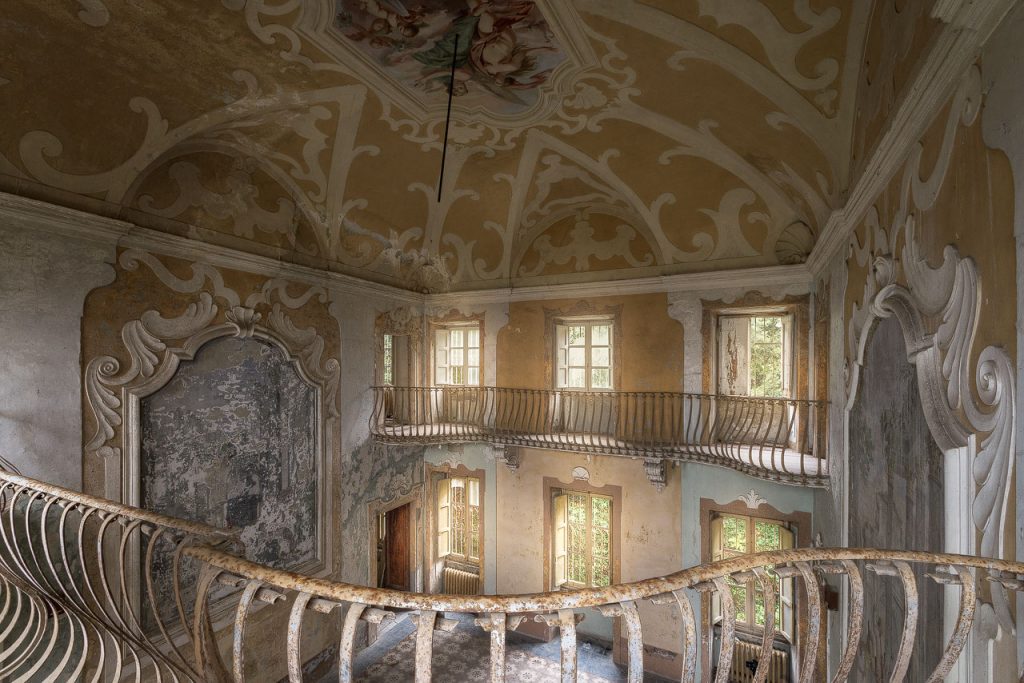