Exploration #102. This Ballhaus was built in 1895 and had large Ball Room and several smaller rooms including a Bar and restaurant. It had also a palm-lined outdoor dance floor, where guests could spend the summer evenings outside dancing and dining, and a their own pier, where boats cruised down the Dahme River and offloaded their guests into the large Beer Garden.
The Ballhaus Riviera became such a hotspot in the 1930s that it was a “badge of honor” for musicians to play there.
Ballhaus Riviera survived the war undamaged – though they had lost a lot of their former
splendor in the DDR years. Despite not being able to live up to its glory days, the Riviera managed to attract thousands of visitors on the Weekends.
After the reunification, the Property was taken under administration by the Treuhandanstalt in 1990 and then transferred over to the Treuhand Liegenschaftsgesellschaft (TGL). The property slipped into disrepair as no one wanted to buy it due to its exorbitant listing price. Parts of the property were put under Denkmalschutz, which just complicated any possible sale or renovation.
After lengthy legal discussions, the TGL had planned to build a Congress Hotel in its place, but no investor could be found to buy the land who would be willing to cough up another 15 million euros to save the ball room and facade.
Seems like no one was dumb enough to fall for this trap until 2006, when a Turkish Business Woman bought the property and agreed to build said hotel (and a floating restaurant). Apparently they ran a study and found out that nobody would use/need the
proposed hotel so a new plan was drafted up to build some nice little houses on the property. The Bezirksamt rejected the plans because they were “disproportionate” . At this point the Business woman has broken off all contact with the Berzirksamt, and the buildings are now rotten and abandoned.
(source: http://digitalcosmonaut.com/2013/111-places-in-berlin-ballhaus-riviera/). 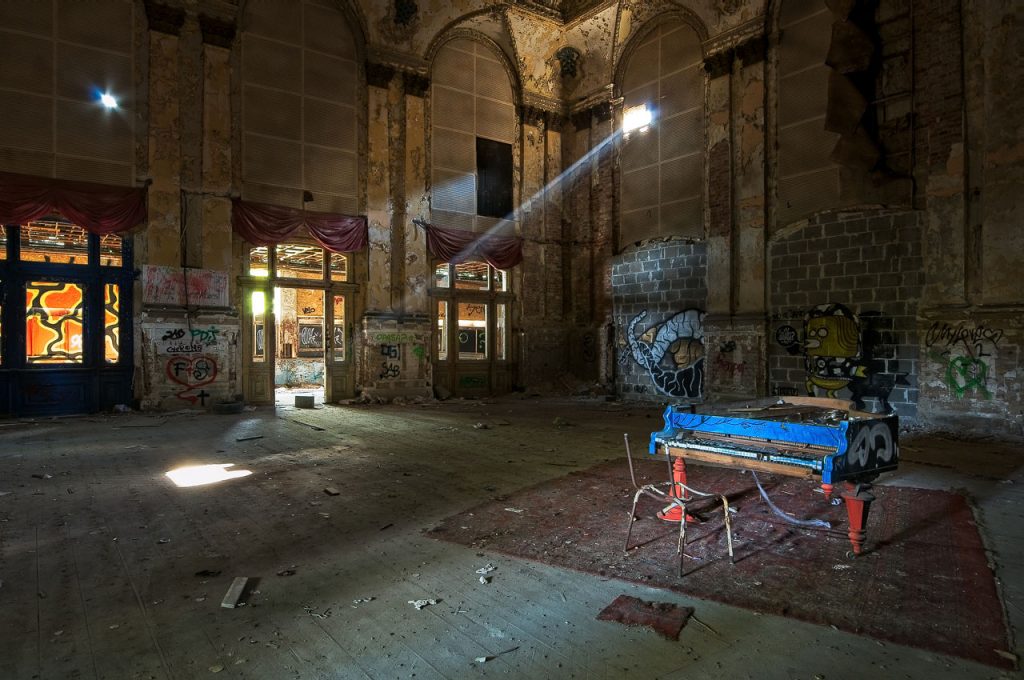 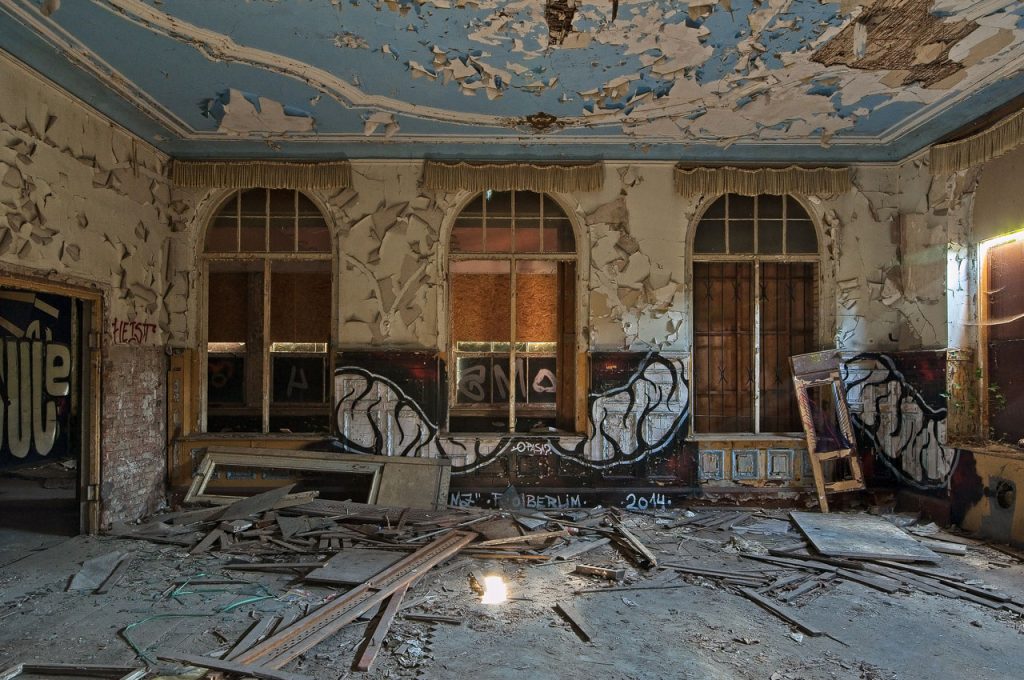 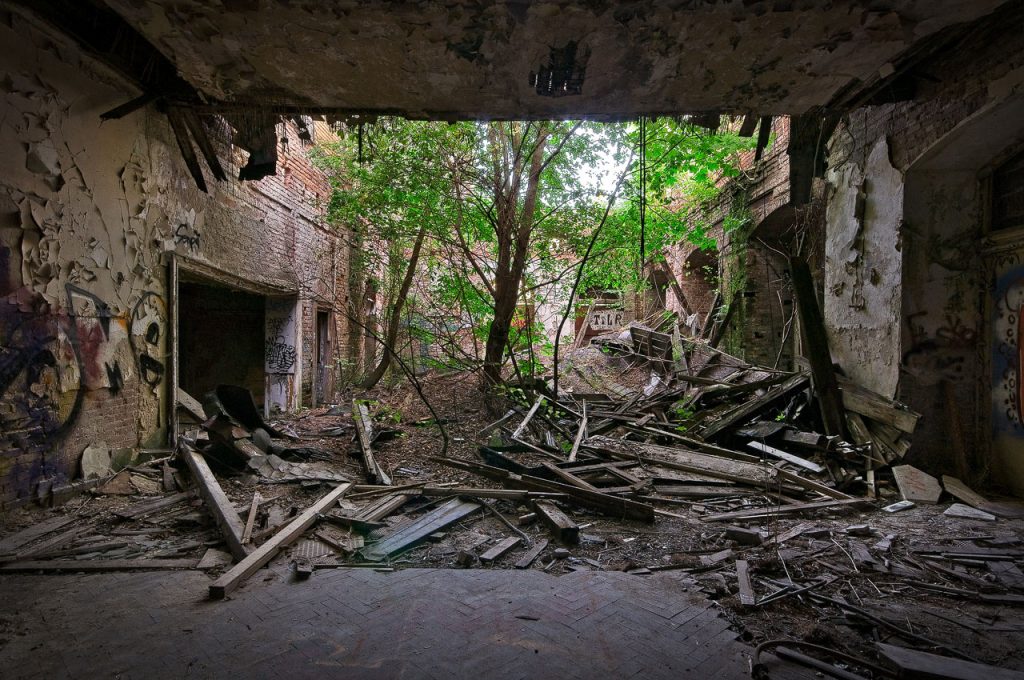 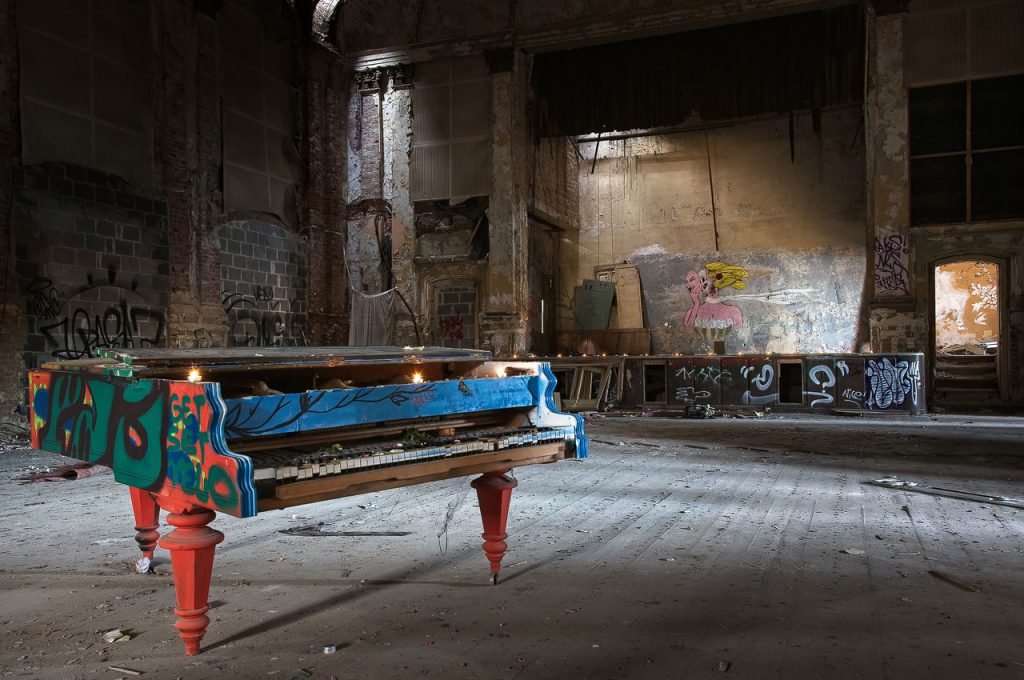 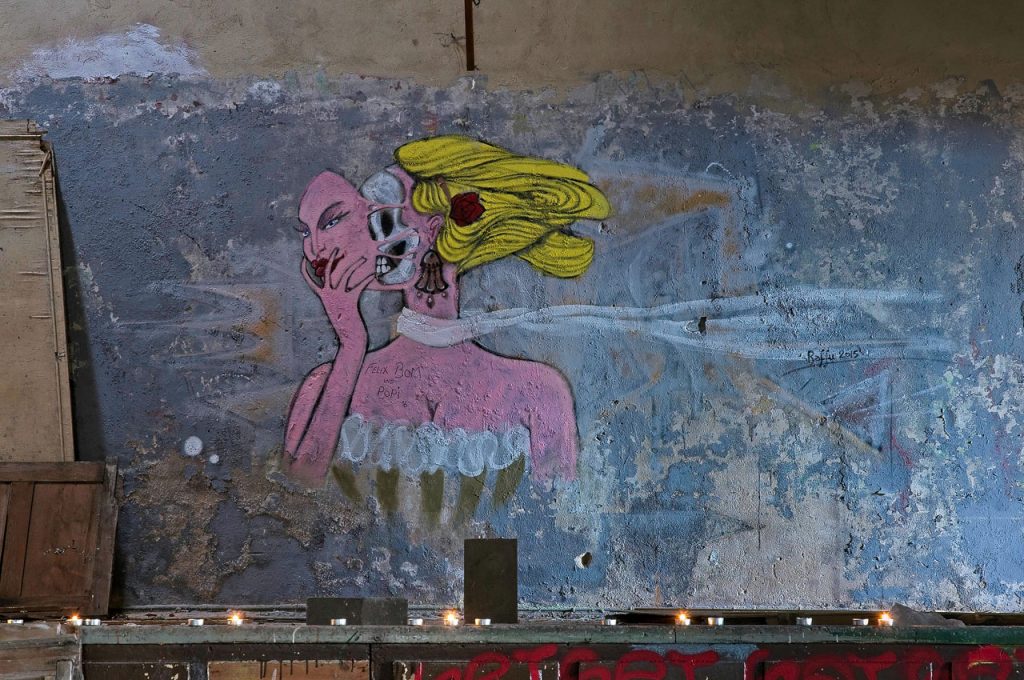 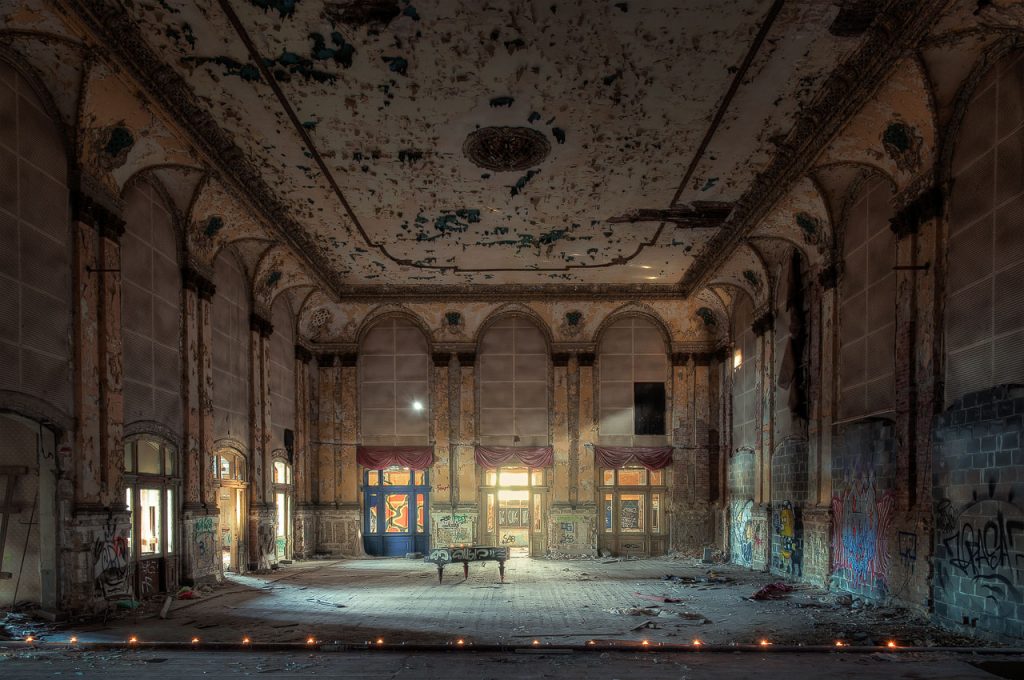 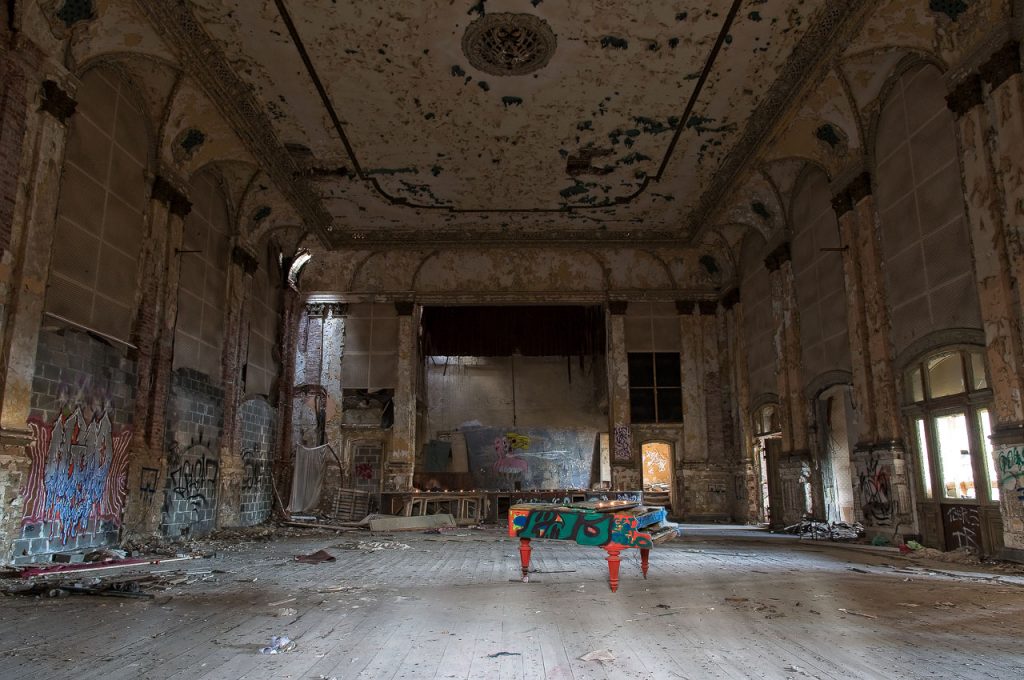 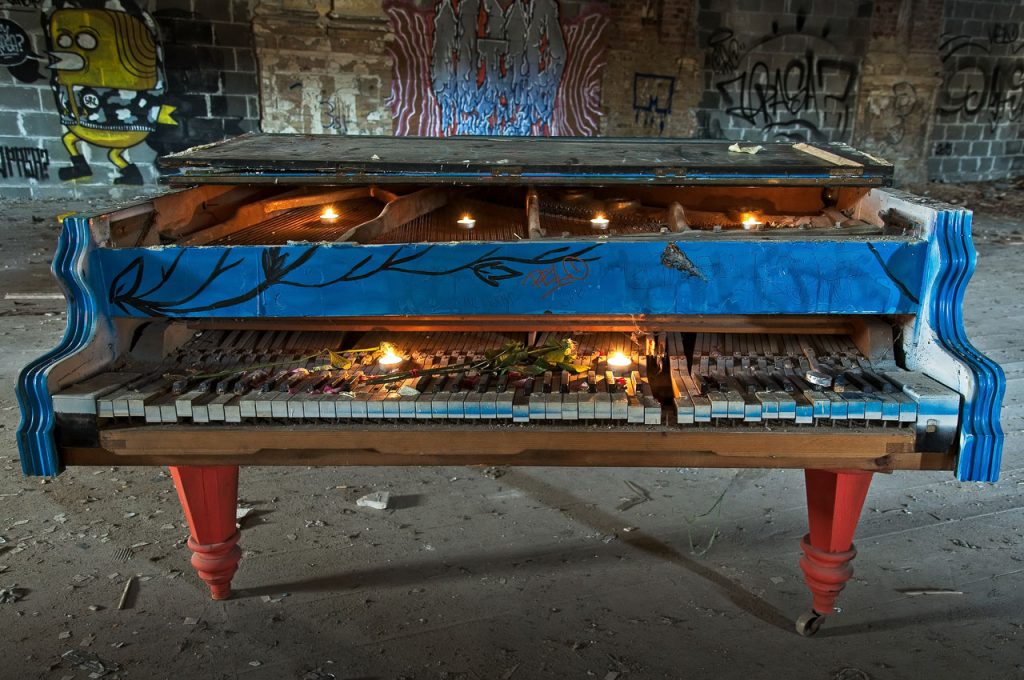 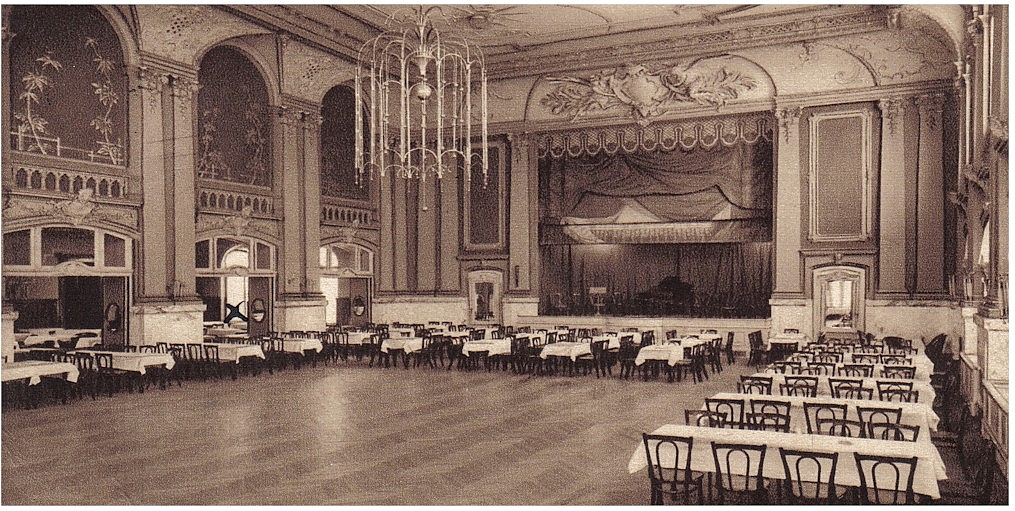 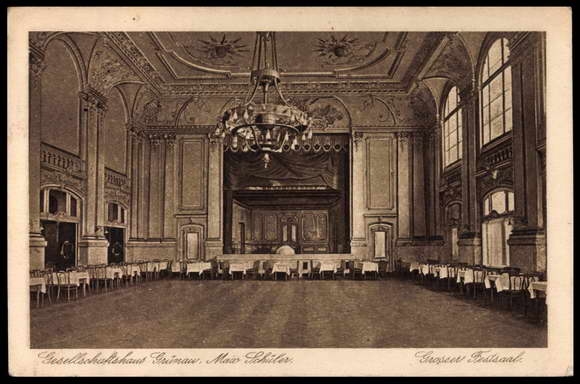 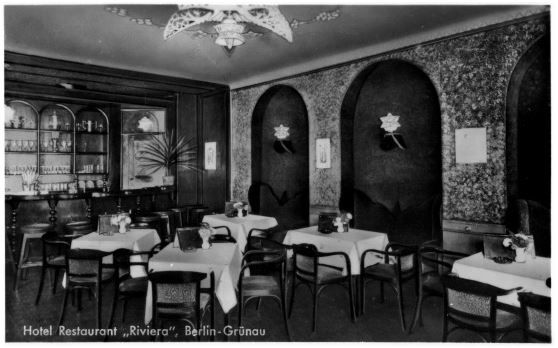 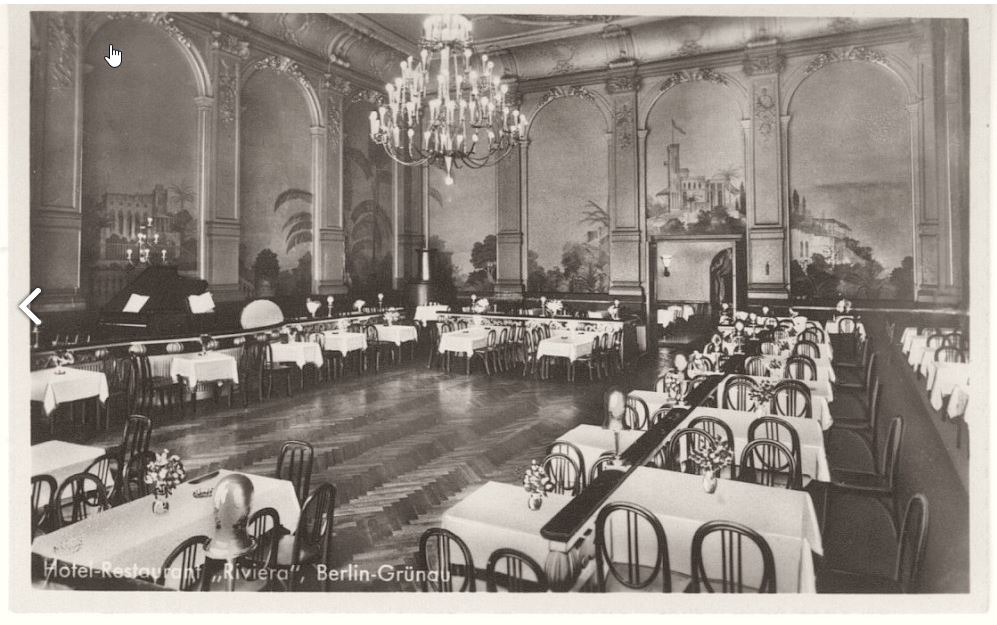