Exploration #94. Château Lumière (literally “castle of light”) is a beautiful 20th Century French Chateau built in Reinaissance style and nowsdays abandoned. Probably the castle has this name due to the window in the roof where the light is falling inward.
This grand mansion has been owned by a wealthy family of industrialists. The Strasbourg architects Gottfried Julius Berninger and Gustave Henri Krafft designed this chateau for the tobacco factory owners Jules Burrus and his wife Hermance Hélabert. The building was set with a large gate at its entrance and fenced in equally beautiful metalwork manufactured by the locksmith Leo Feist in Strasbourg. The smelter Val d’Osne created decorative urns to be placed on columns that supported the gate and fencing. Internal decoration by many skilled craftsmen and artists would see stained glass by Camissar, sculpture by Riegger, ironwork by L. Feist and dining furniture by Erhard-Friese. The most iconic feature is a stunning skylight which floods the three-storey entrance hall. Consequently, the foyer is bright and light even on the cloudiest of days.
The Burrus residence was at that time to be known as Chateau Burrus. In 1911 Maurice Burrus inherited the Chateau, when his father died, and settled there.
The nationalitation of the tobacco industry and the closure of the Tobacco factory in 1947 led Maurice Burrus to leave the town and retire to Geneva. Subsequently, he sold Château Lumière. Ownership of the chateau then changed hands over the years. It is hard to pinpoint when the house was abandoned. Most people agree that is was likely some time in the 1980’s. 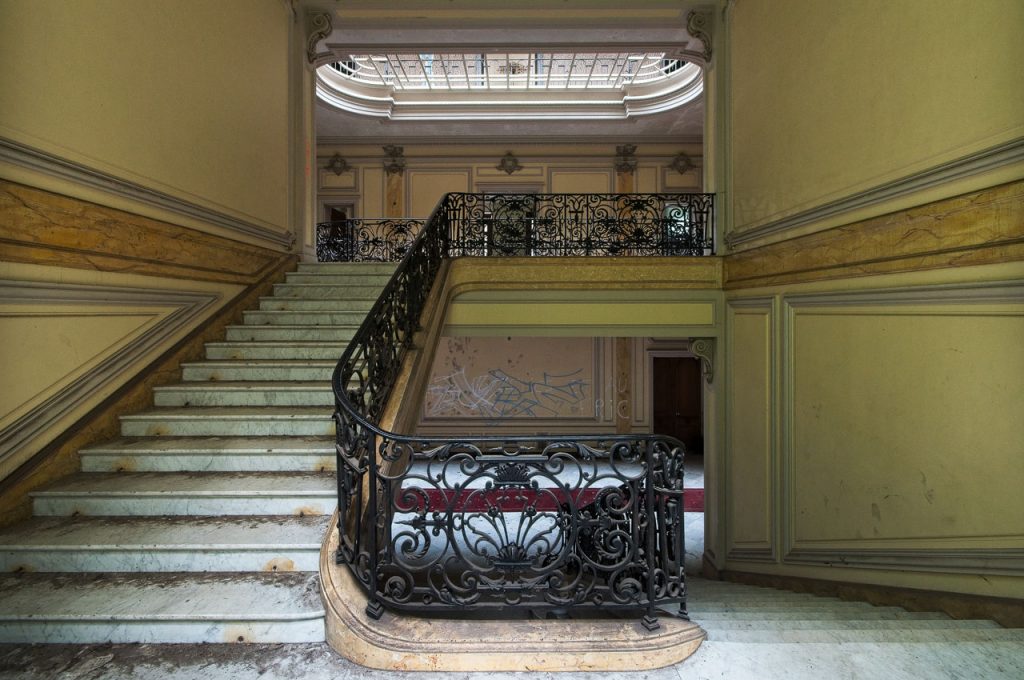 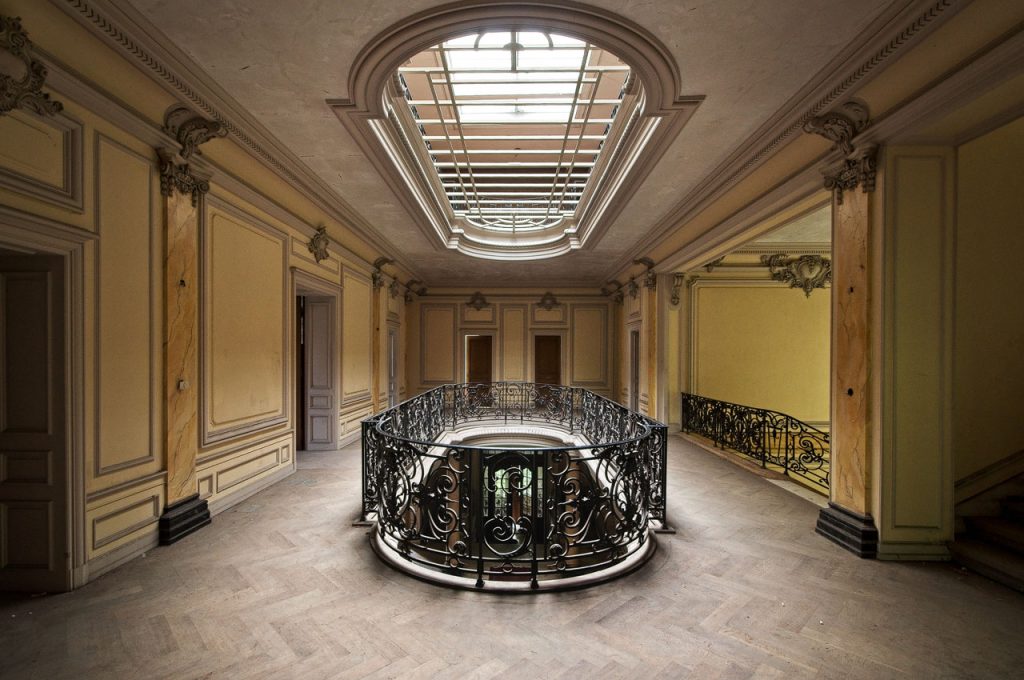 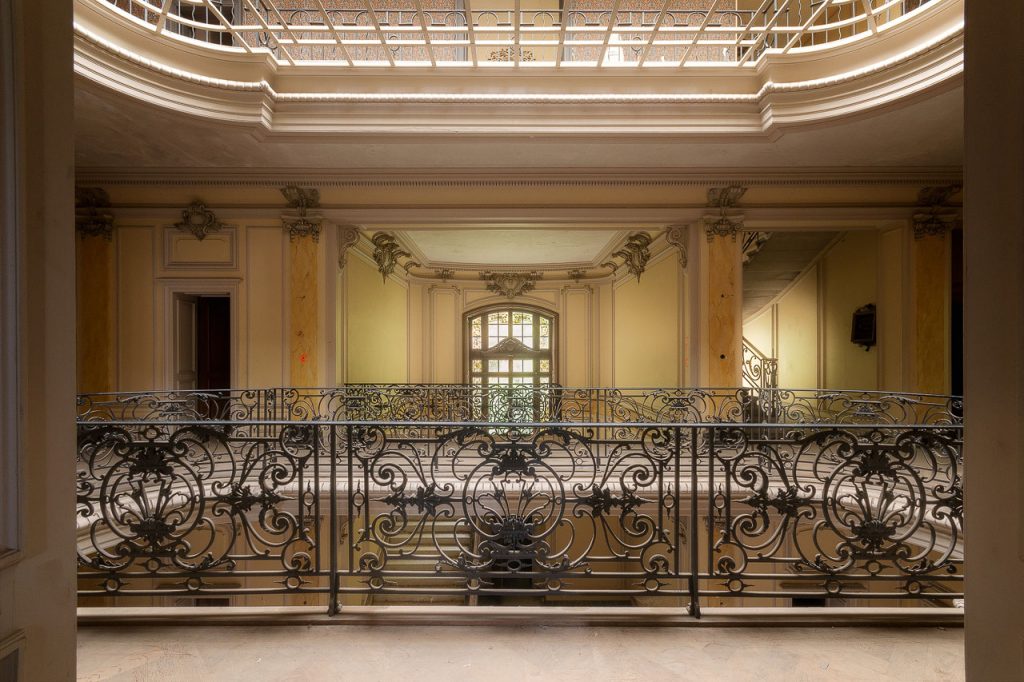 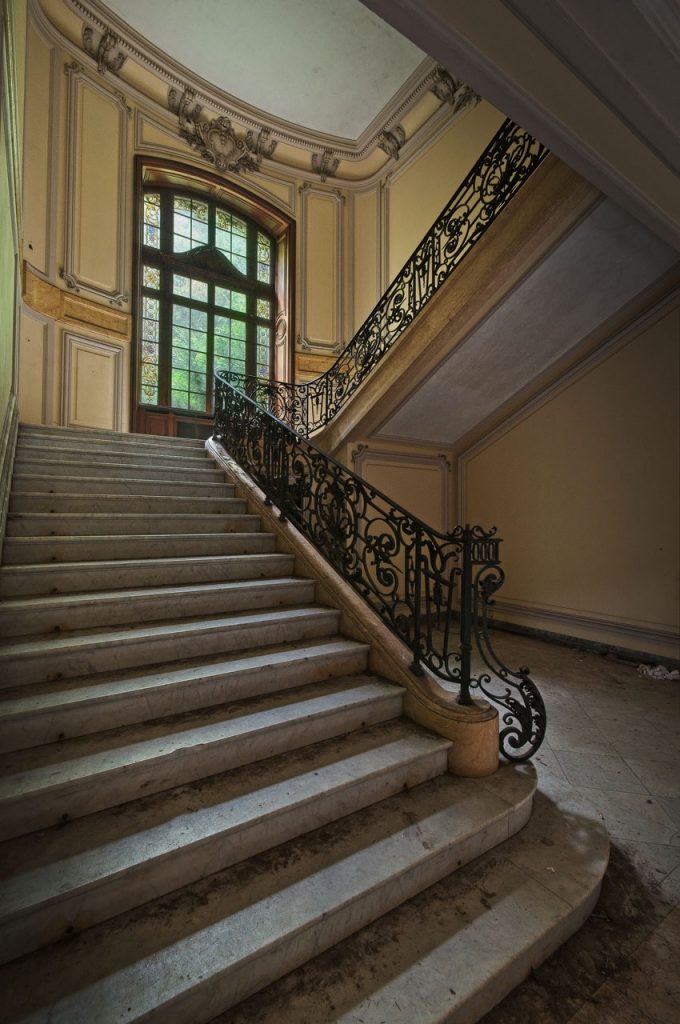 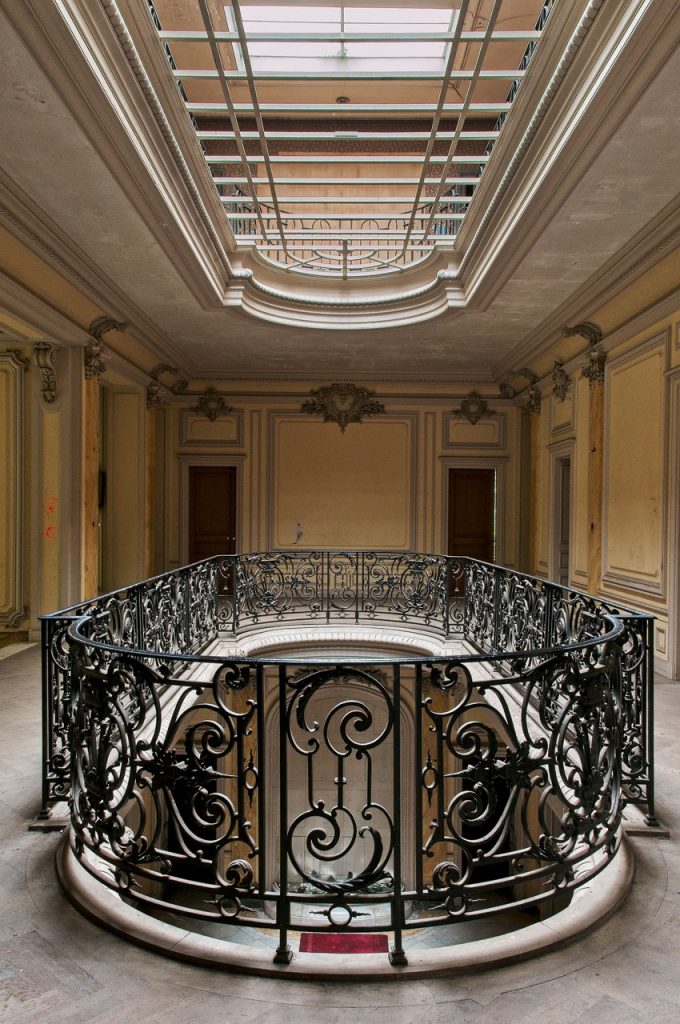 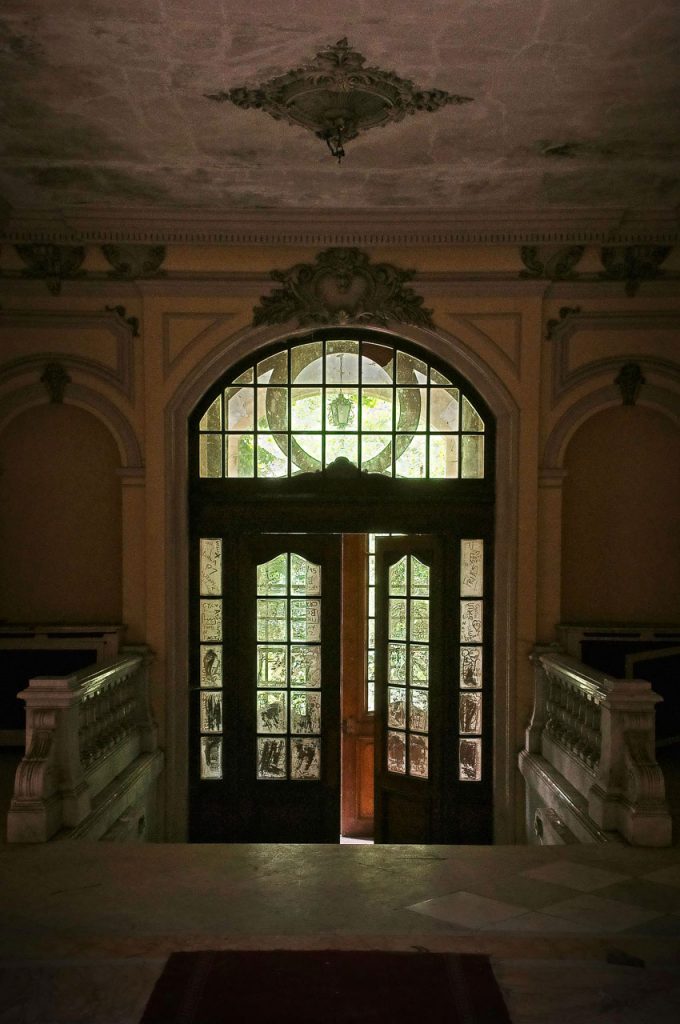 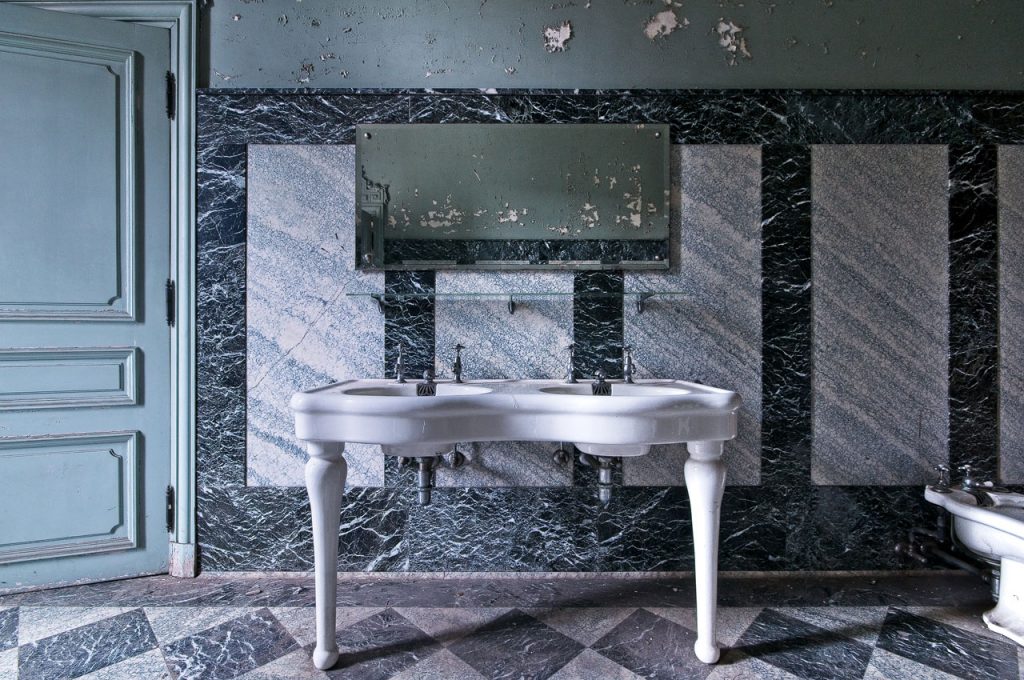 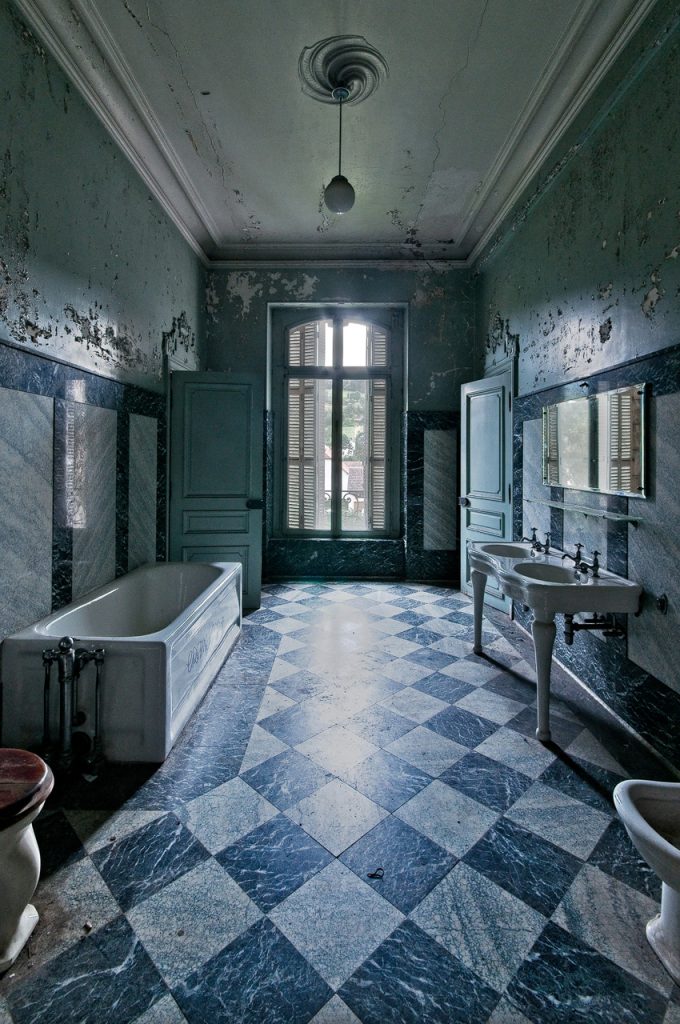 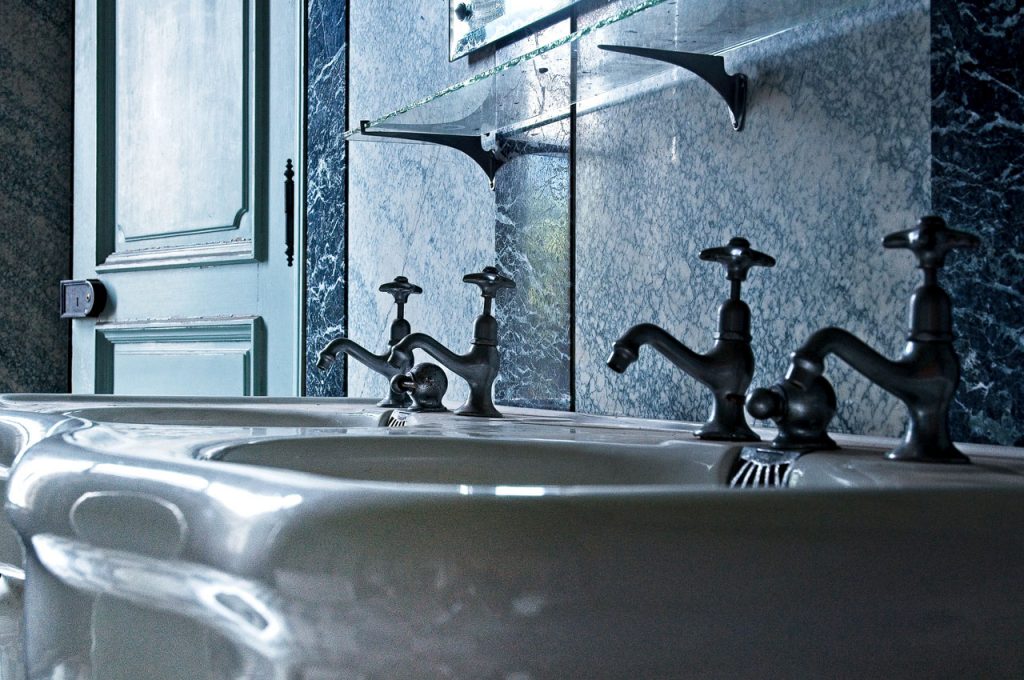 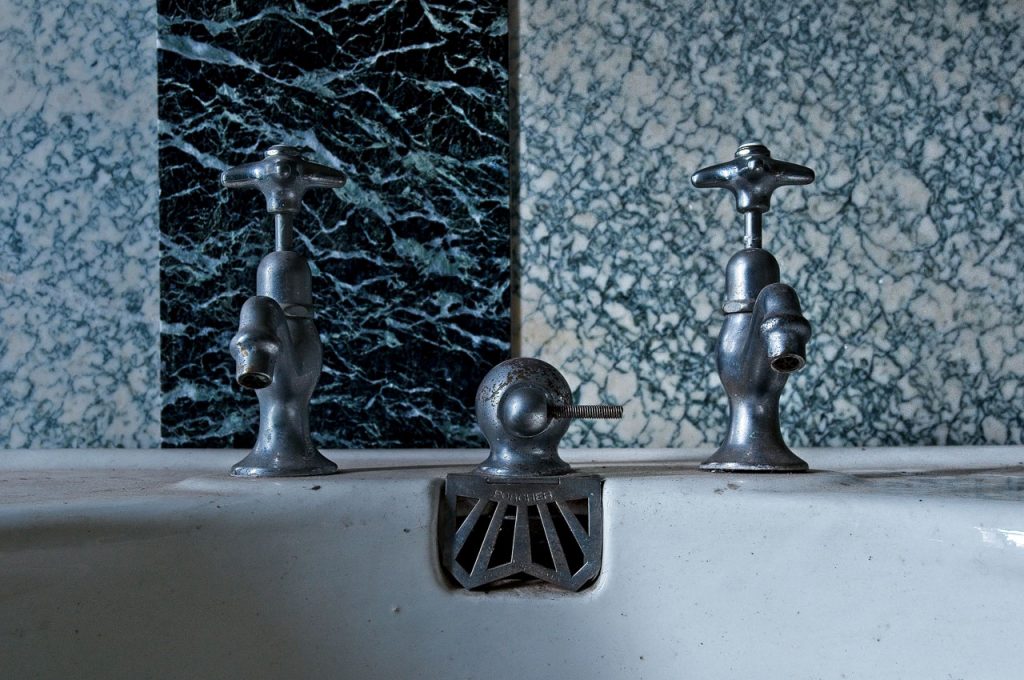 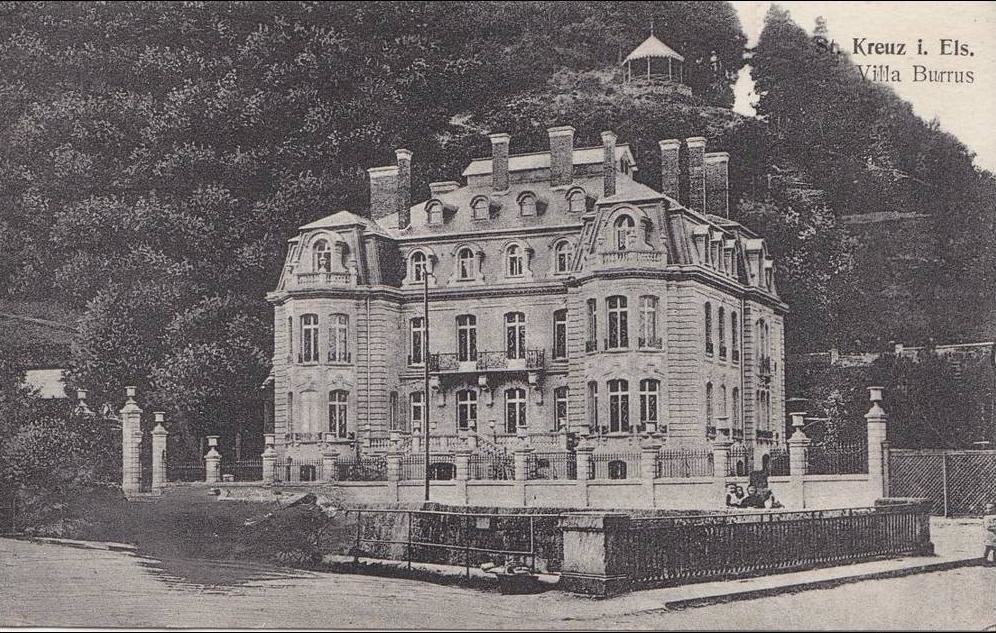