Exploration #11. Pencho Ivanov Semov (October 8, 1873 – July 10, 1945) was one of Bulgaria’s biggest industrialists from the first half of the 20th century. Born in Tsvetkovtsi, Pencho Semov had a great contribution in Bulgaria’s economic development. For over 50 years he was dealing with trading, industry and banking. Because of his charity, Semov was known as The Bulgarian Rockefeller. His will was written on March 21, 1943. His mansion was supposed to be turned into a retirement home carrying his name. It was supposed to be for 50 elders over the age of 60 and other buildings were supposed to be girls boarding school. The girls from poor families were offered a free education. The ones from wealthy families were supposed to be paying small taxes. His will was that there should be opened another boarding school for boys 10 years after that with a mandatory study of foreign language. The taxes situations was supposed to be the same. However his dying wish did not come true. During 1947’s nationalization all the resources for his charity projects were blocked by the government. From 1947 till late 90’s the mansion was used as Infectious ward by an hospital. So, instead of children’s laugh the walls of the building were filled with tuberculosis patients.
There was a sign with Semov’s motto engraved on every room’s walls: Love, hard labour, constancy. With this motto, Semov goes from a poor peasant boy to owner of 28 joint-stock companies of which three banks and two insurance companies. For him, Atanas Burov (Bulgarian financier, politician and diplomat) says: Pencho Semov succeeded cause except for his mind, patience, will and persistence, he also had courage and audacity, perspicacity and mightiness.
The buildings are now abandoned, an old steamroller and a statue of Jurij Gagarin are as well abandoned in its big garden. 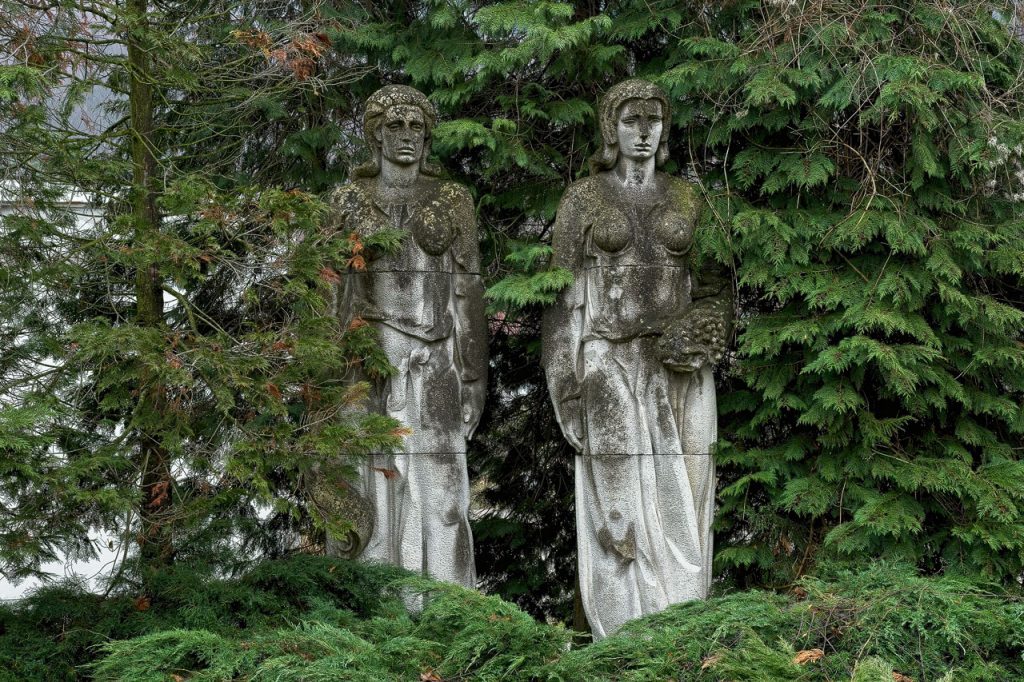